NY Democrats still in denial on the reality of soaring crime 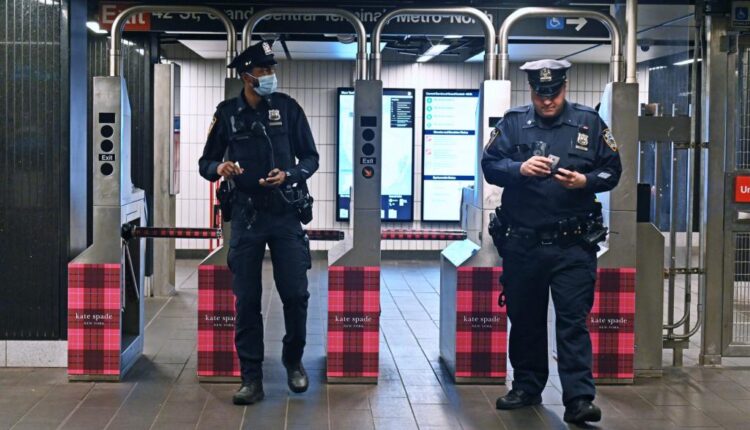 And that’s the more moderate Democratic reflection on a rough election for the party, one that saw the loss of four House seats, several in the Legislature and a close call in the gov’s race. The lefties still want to deny crime’s a real issue at all, insisting that more Democratic Socialist class war is what the party needs.

Mayor Eric Adams is better, since he’s still talking up the need to fix the no-bail law and other problematic criminal-justice reforms. Indeed, Thursday on “Morning Joe” he chided fellow Dems to stop “being afraid to talk about” rising crime and citizens “feeling” unsafe.

Even that’s still a bit lame, though. Adams and the NYPD have brought murders down this year, but the overstretched cops haven’t been able to stop other crimes from rising: The city’s 105,287 felony total for 2022 so far is 32% above the level for the same period in 2019.

And subway crime is a horror all its own — with record levels of murders, not to mention non-fatal stabbings, track-pushings and so on, even though ridership is still down. (Not that it’ll rise much more if safety remains such a problem.)

Even “minor” crime is a huge issue. Shoplifting in the city is up a whopping 65% this year, through July 31, on top of a 36% spike last year over 2020. Is it any wonder every drugstore (that hasn’t closed) has everything locked up, while high-end stores have packed on the security?

And, no, none of this is a “media conspiracy” to fool the public into voting Republican. Everyone can see it for themselves.

Nor does it matter if there’s a national trend, or if it’s even worse in other cities: The core fact is that crime’s getting worse here — and not just in the five boroughs, but in all of urban New York.

New Yorkers, having seen three decades of dropping crime, know it doesn’t have to be that way — that accepting rising disorder is a choice our leaders have made.

So the Democrats who still control New York have a duty to 1) acknowledge that reality without hedging or excuses and 2) act decisively to reverse the trend.

And results won’t be measured by the numbers of guns off the street or the amount spent on “violence reduction” and so on, but only by actual declines in crime and disorder.

It’s not about the “messaging” but the reality. If Dems don’t face that, sooner or later the voters will slap them harder still.