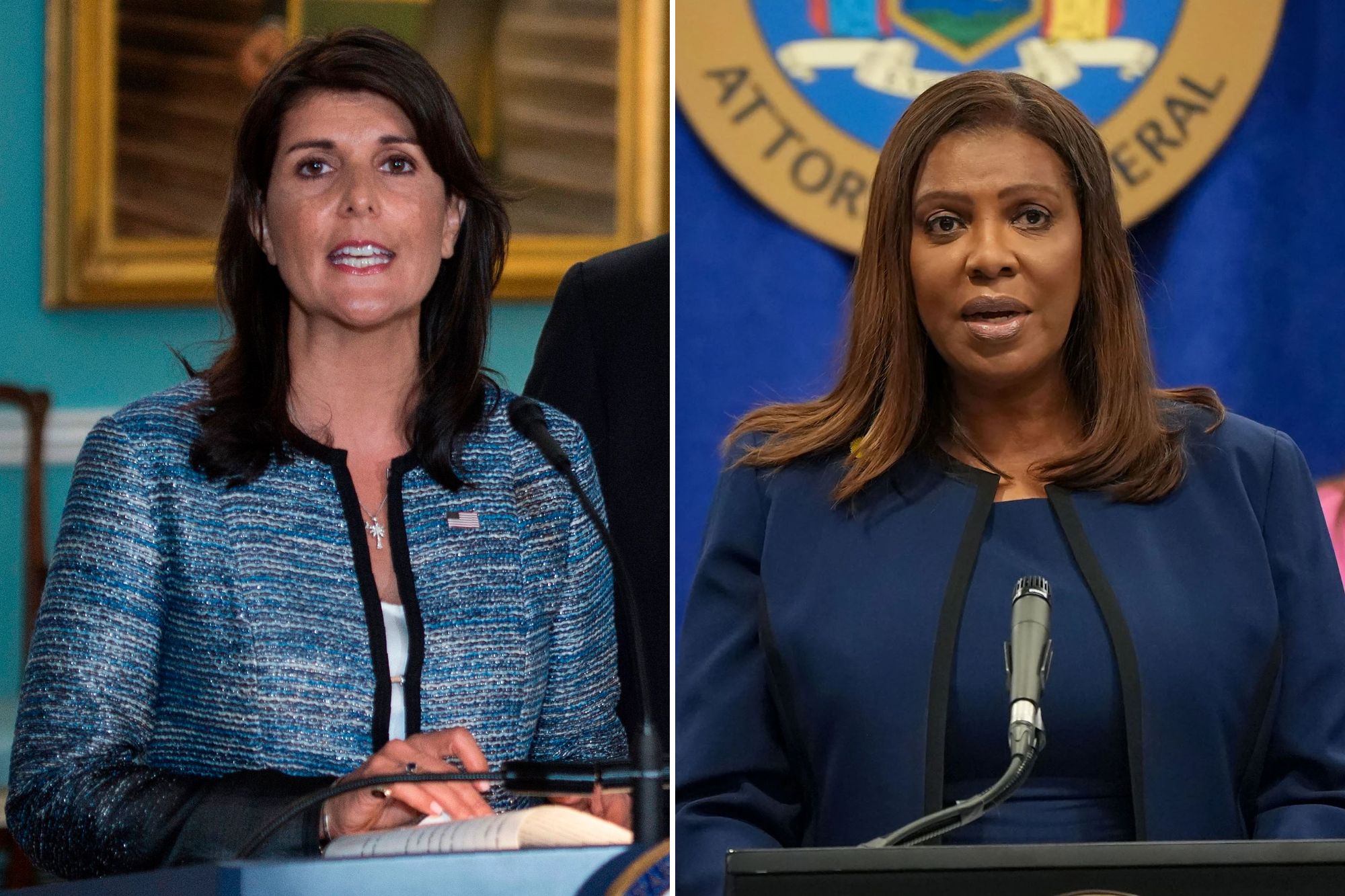 Former UN Ambassador Nikki Haley has an overwhelming case that the state Attorney General’s Office illegally leaked confidential tax documents ID’ing donors to her nonprofit , Stand For America, Inc. Haley’s lawsuit aside, AG Tish James has a duty to find the felon working for her.

SFA is a political-advocacy outfit (barred from candidate advocacy as a nonprofit) that plainly serves to help promote Haley’s ambitions, including a possible 2024 prez run. That makes the info prime fodder for Politico, which got the doc from Documented, an activist group that claims to target “dark money” in politics. The felon in James’ office presumably gave it to fellow-believers.

SFA, like other nonprofits, must file an annual tax return with the IRS — but has no obligation to publicly disclose its donors. It’s one of countless advocacy groups (left, right and center — including many that “belong” to other ambitious politicians) that opts not to.

New York’s AG gets copies of the tax docs from all nonprofits that operate in the state; it’s obvious that one of James’ staff (most likely a worker in her Charities Bureau) handed a copy to Documented.

The question is: What’s the AG doing about it?

A spokesman for James confirms that all staff undergo mandatory ethics training but declined to discuss any efforts to ID the leaker, nor what safeguards are in place to guard against such crimes or what if any upgrades to security the AG is now considering.

Again: This is a partisan political abuse of law-enforcement powers — and so a blatant assault on a pillar of democracy.

James owes Haley a fulsome apology, and the people of New York a full explanation.

And unless and until the AG gets to the bottom of it and sees the perp fired and prosecuted to the full extent of the law, as well as taking open steps to ensure nothing like it ever happens again, the stain of this rank injustice is on her.