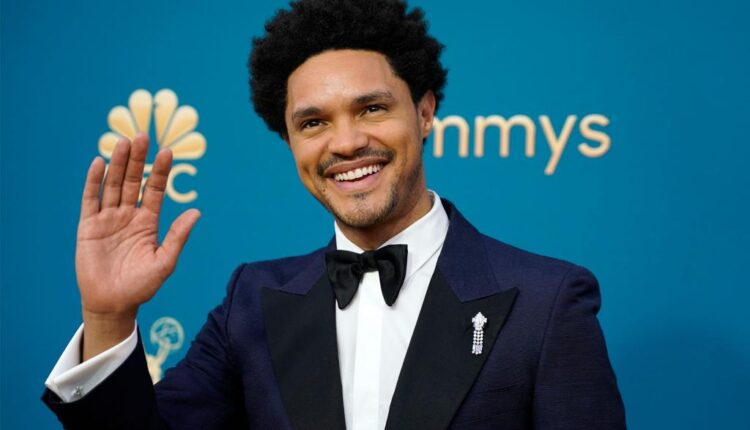 With Trevor Noah announcing his departure from “The Daily Show,” the question on everyone’s mind is: Which unfunny liberal “comedian” that few will watch will take his place?

Late-night television “comedy” has become entirely political, and the politics, of course, come only from one direction: the left.

It’s taken a real toll on ratings. As The Post reported last week, “At its peak, in 2013, with [Jon] Stewart at the helm, ‘The Daily Show’ averaged 2.5 million nightly viewers. During Noah’s tenure, it was initially averaging a bit north of 800,000 nightly viewers — but has since lost a chunk of its audience and has fallen below the 400,000 mark at times.”

Stewart was also openly on the left, but he succeeded by treating the show as a comedic education for low-information voters. This isn’t a dig. In 2004, a Pew Research Center poll found 21% of adults under 30 regularly get presidential-campaign news from TV comedy such as “The Daily Show” and “Saturday Night Live.”

With the election of Donald Trump and the obsessive discussion of him by celebrities at award shows, influencers on TikTok and random strangers on the subway, it became much less important for one TV show to give the kids the news.

By October 2020, The New York Times was blaming Trump for having “ruined political comedy.” The piece acknowledged, “Maybe it’s the glut; in any form of humor, from sitcoms to barroom remarks, overproduction causes trouble.” Yes, the boring, dull, uninteresting comedians on late-night TV were and continue to be obsessed with Donald Trump, and that’s what actually destroyed their shows.

Last Wednesday, to pick a day at random, Jimmy Kimmel, fresh from trending on Twitter after being so awkwardly unfunny on a “Monday Night Football” segment, joked that he hoped Trump’s ranking on the Forbes wealthiest list would be his inmate number as well.

Jimmy Fallon, who in 2016 made the mistake of treating Trump as a regular guest by tousling his hair, a move he tearfully apologized for, joked that maybe Trump should help out with Ukraine since he’s had so many affairs with foreigners.

Trump was joke-fodder when he was president, fine, but it’s fall 2022. Trump hasn’t been president for almost two years, and this is the best these ideological hires have got.

It’s not hard to see that these comedians are in these slots less for their, ahem, comedy and more for their within-the-lines politics. Kimmel and Colbert have a fairly open seething anger toward anyone not on the left with them. And Fallon, while definitely more amiable and not as hateful toward half the country, seems like he lives in fear of another pile-on for treating a political opponent as a human. He’s not making that mistake again.

And while the media feature stories on how sad it is that the only non-white late-night host is departing, Noah didn’t stray from this boring liberal orthodoxy at all.

This is, in part, why Greg Gutfeld’s late-night Fox News show has been such a hit. As the only non-liberal late-night comedy show, “Gutfeld!” has automatic wider appeal than the same-same-same Jimmy-Jimmy-Stephen shows on network TV. It averaged 2.19 million viewers in August.

Gutfeld also happens to be actually funny, and his co-hosts Kat Timpf and Tyrus are hilarious too. They aren’t making lame jokes about Trump or the guy who is president right now. They aren’t predictable like the rest of the late-night lineup.

It’s also why Joe Rogan continues to crush the podcasting world. A stand-up comedian, Rogan is an open liberal. But he isn’t making the same dumb Donald Trump jokes. His guests also aren’t uniformly left-wing like those on the late-night shows. Diversity, it turns out, matters.

Something is happening here, but TV producers don’t seem to want to know it. These shows’ producers have a point of view, and they want that point of view pushed, even when it means turning off half the country and lacking any laughs at all.

No one is waiting for late-night shows to be balanced or smart. But can they at least, sometimes, be funny?