No, Randi Weingarten, parents won’t give you ‘amnesty’ for the damage you did our kids 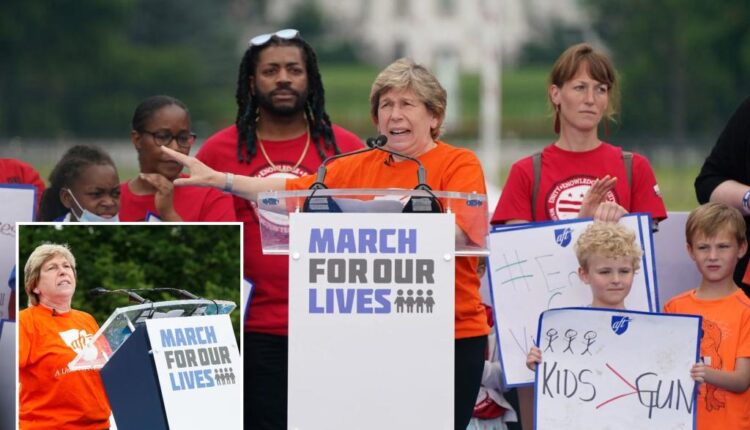 Brown University economist Emily Oster made a splash this week with her provocative and prescient Atlantic article imploring Americans to “Declare a Pandemic Amnesty,” forgive and forget the transgressions of the past 2 ½ years and move on with love in our hearts. American Federation of Teachers union leader Randi Weingarten enthusiastically echoed the sentiment.

But parents are not ready to forgive Randi — or the politicians who enabled her.

In late September 2021, parents across the country watched a promising and groundbreaking town hall entitled “A Safe and Healthy Reopening of Our Schools.” #OpenSchools parents organized it with Randi Weingarten and four mutually agreed-upon medical experts. It was our first opportunity for a real dialogue with Weingarten, by then widely understood to be the one making chief decisions about resuming normalcy in America’s public schools and a close confidante of our new president, Democrat Joe Biden.

By then our children had been through the ringer. Since March 2020, when schools first closed for “two weeks to flatten the curve,” normalcy had not returned. In New York City and most urban areas, schoolkids were still forcibly masked, routinely tested and quarantined. While restaurants were open, school lunch was eaten on distanced, frozen ground, even on the coldest days. The Two-Case Rule caused havoc for hundreds of thousands of New York City public-school families, forcing entire school campuses to shut down (even co-located schools in the same building) if two unrelated cases were found.

Contrary to the carefully curated narrative, we were not following “The Science,” which showed that schools were actually the safest place to be. This was clear by the lack of mass destruction from open schools across Europe and England, where children were not masked, distanced or forced to endure subhuman conditions in school buildings.

In blue urban areas with outsized teachers union influence — New York, Los Angeles, Chicago, Oakland, Baltimore — things were dismal. Those who could flee to charters, private or parochial schools or leave the cities altogether left — understandably. Children were treated like viral vectors, and the leader of one of the nation’s most powerful teachers unions was doing little to help. Even then, we knew this was politics, not science. Meanwhile, my niece and nephew in the United Kingdom had been in school most of the year with minimal disruption and little-to-no-masking. Parents were desperate for change.

When President Biden took office, he promised schools would reopen during his first 100 days as president. This political fiction ignored the reality that even at the time, nearly 18 million children (about 36%) already had access to full-time in-person learning — they just happened to be almost exclusively in Republican-leaning areas.

Three hundred days post-inauguration, while children were finally back in school even in blue areas, draconian mitigations continued with no end in sight. So parents took the lead, inviting two of our most prominent scientists, Tracy Beth Hoeg and Jay Bhattacharya, to present Randi top research to try to restore evidence-based normalcy in schools.

By the time the roundtable came around, parents already had pretty low expectations. Hearing the two politicized experts — Irwin Redlener, a Clinton appointee, and Patrice Harris, a psychiatrist — talking about school safety, we knew we were in trouble. Not one of Weingarten, Redlener and Harris were even aware children were still being forced to mask outside. And contrary to the evidence, they insisted that masks were a panacea keeping kids safe.

Was the conversation being had in good faith?

I reached out to Randi asking to meet, and, to her credit, she agreed. On Nov. 7, 2021, we had drinks in Manhattan. I was there to plead our children’s case.

We were 18 months into the pandemic. Our kids were still suffering in school, discouraged from talking to one another, socialization disrupted. Parents across the country, from both sides of the aisle, were growing alarmed by children’s mental health, which was deteriorating rapidly as they navigated daily a sea of masked faces. I had become a single-issue voter, though back then I still naïvely believed that my party — the Democrats — would fix things.

When I presented Randi with the data on masked versus unmasked school districts, she told me, “Well, you have your experts, and I have my experts.” I explained how important faces and restoration of normalcy were for our children. She pushed on about “safety.” I asked if she could help get schools to normal. She made me an offer I couldn’t refuse: If I could show her evidence that mask-optional schools were safe, she would present my proposal to the Centers for Disease Control and Prevention as a potential off-ramp. She also asked me to tweet that I had met with her, to show she was working with parents and taking our views into consideration. I tweeted and got to work.

As I worked on the off-ramp plan, I watched as Randi continued to posture about masking’s importance and “staying safe” on social media. I knew that parents were on our own and that come the midterms, I would be a single-issue voter — our kids were on the ballot, and I would do anything to restore them to normalcy.

Our kids are still suffering, and our schools are still not restored to normalcy. In New York City, school athletics and extracurriculars just resumed last month due to Democrats’ punitive vaccine mandates. Parents are still largely unwelcome — and unvaccinated parents are fully barred. Parent-teacher conferences remain virtual. Parents have to fight for crumbs, and kids are still hostage to politically motivated policies.

Talk of amnesty is premature and, quite frankly, reeks of politics once again. On Tuesday, Nov. 8, we must show Randi we are the single-issue voters we said we were. I, a registered Democrat, will vote for Lee Zeldin.

After Election Day, we must do an autopsy and acknowledge what has been done and who is responsible. We must see good-faith actions to reopen our public schools to all families. Then we will gather our children around us, and talk of amnesty can, in earnest, begin.

Natalya Murakhver, a NYC Democrat, is co-founder of Restore Childhood, a nonprofit dedicated to ending COVID mandates for children and restoring athletics, art and academics across the United States. She is producing a documentary about COVID restrictions’ effects on America’s kids.