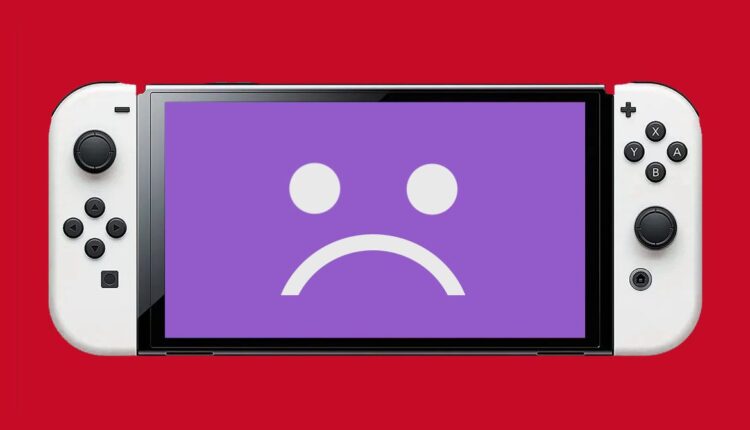 Hello, hello, and welcome to this week’s Nintendo Recap. There was a lot of big news for the gaming industry in the last several days, the biggest of which was the Grand Theft Auto 6 leaks. We’ll go over what happened and why leaks and hacks like this negatively impact the gaming industry, even so far as affecting Nintendo gamers.

In other news, the Tokyo Games Show also took place last weekend. It gave us the best look yet at Sonic Frontiers. Super Smash Bros. creator, Masahiro Sakurai, even tested out the hedgehog’s upcoming game and is excited about it. Additionally, a new streaming card for Switch was shown off, and it could allow the handheld console to easily play more graphically intensive games with little lag.

There’s even more to discuss, so let’s hop to it!

Though not confirmed to be an upcoming Switch title, the big Grand Theft Auto 6 leak from last weekend is massive news within the gaming industry that’s worth discussing. On Sunday, over 90 videos showing off GTA 6  gameplay made their way online after Rockstar Games suffered a “network intrusion.”

As you’d expect, the leaks quickly went viral across the internet. The leaker(s), who posted the content on GTA forums, states that they have the source code and are “looking to negotiate a deal” with Rockstar or Take-Two. Rockstar responded in an official statement by saying it is “extremely disappointed” that the next entry was leaked in this way but that there are no plans to delay the game. The gaming company also stated that it has “already taken steps to isolate and contain this incident.”

Rockstar found an ally in Uber who has also suffered hacking attacks recently. The transport provider released an official statement (opens in new tab) stating, “we believe that this attacker (or attackers) are affiliated with a hacking group called Lapsus$, which has been increasingly active over the last year or so.” The ride-share group went on to say that it would be working with the FBI and the US Department of Justice to look into these hacks alongside Take-Two.

So why is this important for Nintendo fans?

We’ve had hacks and leaks in the gaming industry before, like when all of the new Pokémon from Sword and Shield made their way online a week before the games were released. But this is an unprecedented leak of incredible scale. Some ill-conceived ideas shared online have intimated that Rockstar brought this leak upon themselves since the company has taken so long to release this next title or even show off what it looks like.

To be very clear, this is not a won case for developer transparency, as some entitled gamers would claim. This heinous theft negatively affects thousands of workers who have put years of time and effort into this project. Not to mention, acts like this can also jeopardize the existence of future titles within a franchise. If a game doesn’t sell well because its code is somewhere online for people to get for free, then there’s no incentive for a company to invest in a sequel or to work on porting it to other platforms like Nintendo Switch. This not only means fewer sources of entertainment for gamers but potentially fewer jobs for those in the industry.

Regardless of company or console leaks, they can negatively impact us all. With any luck, the GTA 6 leaker(s) will get identified and tracked down to pay for their crimes very soon.

With that heavy topic discussed, we can move on to other news. This week, the Logitech G CLOUD handheld Android device was announced as a new mobile gaming system that looks very similar to the Nintendo Switch. Interestingly enough, it’s actually slightly larger than the Switch OLED. According to the revealed specs, the G CLOUD should make access to Xbox Game Pass (xCloud), Nvidia GeForce NOW, Steam Link, and more very easy, thanks to the user interface icons. It’s shaping up to be an impressive little device.

However, the internet was surprised to see the $349 USD price tag. Apparently, the system will sell for only $299 for a limited time before going up to its intended price. That higher price is basically the same amount as the previously mentioned Switch OLED and only $50 less than the most basic Steam Deck, so it’s kind of a tough thing to swallow.

On Wednesday, the official Mario + Rabbids Sparks of Hope Twitter account revealed that the upcoming game has gone Gold. In the gaming industry, this means that the main development surrounding a game has finished. So we can expect this tactical adventure to stick with its October 20, 2022 release date.

We are very happy to announce that Mario + Rabbids has gone Gold! Keep an eye out tomorrow for press’ first impressions of the game. pic.twitter.com/tsRgeqcd8lSeptember 21, 2022

Select gaming outlets were allowed to check out Sparks of Hope ahead of time, and their previews went up this week. From these reports, all of the feedback I’ve seen has been positive, praising the game’s whacky nature and improvement over Mario + Rabbids Kingdom Battle. Perhaps most importantly, many have stated that there are surprises in store to keep the game fresh and engaging. I personally cannot wait to get my hands on it once it releases next month.

Masahiro Sakurai, a Nintendo legend best known for creating Kirby and the Super Smash Bros. series, played a Sonic Frontiers demo at the show and was impressed by it (thanks, GameRant).

The official Sega of Japan Twitter account posted a picture of Masahiro playing the demo. With the help of Google translate, we know the tweet roughly quotes Masahiro as saying, “I was thinking of buying it because I can play Sonic in a new way, but I will definitely buy it!” Getting this legend’s approval gives us more cause to get excited about the hedgehog’s upcoming game.

Kit and Krysta, who previously worked for Nintendo as Nintendo Minute hosts, have been doing their own podcast since February 2022. During their 31st episode which aired last week, they answered a question from Patreon fan, Fuwante0, which led to some surprising developments. The question was, “have you played a Nuzlocke run of Pokemon? If so, do you have any stories to tell”?

For those who aren’t aware, a Nuzlocke is when players impose specific rules upon themselves to make playing a core Pokémon game more challenging. For instance, making it so that if a Pokémon faints in battle, it cannot be used for the rest of the game and must be released.

Kit and Krysta’s response to this question was very surprising as they recounted that after they had pitched a Nuzlocke run to The Pokémon Company, they allegedly came close to getting fired.

The Pokemon company thinks Nuzlocke runs are “on the same level as” ROM Hacks according to former Nintendo employees pic.twitter.com/X9x7o0rnE7September 18, 2022

“We thought that this would be a fun idea for a Nintendo Minute video,” Kit stated, “and so we pitched it to The Pokémon company saying hey, we would like to do a Nuzlocke run. What do you think?” Kit then smacked his hands, indicating The Pokémon Company’s extreme displeasure at the idea. Krysta pitched in, “we thought they were going to fire us.”

Kit went on to say, “so they said, we consider this to be on the same level as using a hacked game.” Laughing at the memory, Kit went on, “It’s just a style of playing a game that everybody can buy. There’s no hacking. You’re just playing the game. That was truly, again, one of the more like ‘wait, what?’ responses.”

It wasn’t just the former Nintendo Minute hosts who got an unexpected scare with Nuzlockes. As Krysta explained, there were a lot of creators who made Nuzlockes that got “erased from the creator program.” She went on to say, “People got afraid to propose what seemed like very basic ideas because there was such, just unpredictability of am I like gonna get, like, in huge trouble for suggesting this normal thing?” It made it an imposing task to pitch ideas because once you lost Nintendo or The Pokémon Company’s trust, you could lose access to further opportunities.

After this news came out, Eurogamer reached out to The Pokémon Company regarding Nuzlockes and received this response. “The Pokémon Company International does not have any issues with fans or creators playing the video games with Nuzlocke rules”.

Despite The Pokémon Company’s official statement of Nuzlocke acceptance, it’s strange that something so innocuous as imposing rules in Pokémon games has allegedly caused complications for creatives in the Nintendo creator programs. In a somewhat similar vein, we’ve seen with many prominent streamers, YouTubers, and influencers that getting into Nintendo’s Ambassador Program is very difficult. Many have gotten removed from the program without really knowing why. Perhaps Nuzlockes have been a problematic thing for some of these folks.

TGS has historically been a place for companies to not only show off games themselves but also unique gaming hardware. One of the most interesting things to come out of TGS 2022 this year is Tassei’s PC stream card for Switch.

To use it, players plug the stream card into the Switch’s cartridge slot. The device then relays information from a PC so players can play games from the PC on their handheld console. According to reports from 4Gamer, which checked out the streaming card at TGS, the device offers very little delay making for smooth gaming.

Streaming games from a more powerful device to Switch could be a happier alternative than the current Nintendo Switch Cloud Streaming games available on the console. As I noted in my evaluation of Kingdom Hearts Cloud Version, cloud streaming can cause bad lag and make some games very frustrating. A smoother experience afforded by a simple accessory could allow us to play more graphically intensive games without sacrificing performance.

Last week, I reported on how nine additional N64 games including GoldenEye 007 were coming to Nintendo Switch Online + Expansion Pack. The Sega Genesis side of the service has also gotten attention, receiving three additional classics.

Alisia Dragoon: Follows the titular protagonist as she works to fight off evil forces with her lightning-shooting hands to save the world. She can also summon four mythical beasts to fight alongside her.

Beyond Oasis: Prince Ali discovers an ancient gold armlet that gives him special powers. He travels the world seeking to gain the ability to summon four spirits and prevent the silver armlet and its new wielder from harming everything.

Earthworm Jim: A run-and-gun sidescroller following a worm who discovers a super suit that gives him a human-like body. He must dodge, defeat, and avoid the evil group that wants the super suit back.

Switch games to play this week

It’s been a very full week that has touched several different areas within Nintendo gaming. Time is ticking down to the release of Pokémon Scarlet and Violet, which launches on November 12, and I cannot wait to play this new adventure. From here until then, I’ll be here to report on any Nintendo news that comes out in the following weeks.