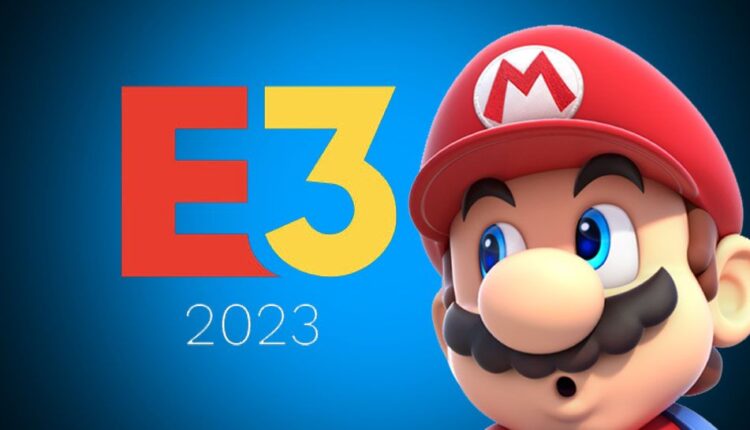 Hello and welcome once again to another Nintendo recap. This week there was a lot of news, both good and bad. We learned that E3 is officially coming back in 2023 as an in-person event in L.A. However, the event will operate differently from before. In other news, a teen was arrested in relation to the GTA 6 leaks and has since pleaded not guilty. There’s also an update on the person who alleges that Nintendo fired them for discussing unions.

In other news, we also learned about a new weird Pokémon for Scarlet and Violet and got to see how Pokémon cards are made. There’s plenty to discuss so let’s get going.

Thanks to an official announcement on Twitter, we now know that E3 2023 is officially going to happen from June 13 – 16 at its usual place, the Los Angeles Convention Center. However, as explained by gamesindustry.biz, the event will be split between business-focused days and consumer-focused days. “The first two days are only for the business. The third day is a business/consumer day, while the fourth day is purely for consumers.”

The Hype starts now. 👀#E32023 will take place in person from June 13-16 in the Los Angeles Convention Center with separated business and consumer days and areas.More details here: https://t.co/VJc1R7gvrB pic.twitter.com/cHiNgYHjokSeptember 26, 2022

Several developers and publishers are already planning on attending the Electronic Entertainment Expo next year, however, at this time it’s unclear if Nintendo will be there. The Japanese gaming company has historically gone all out for its E3 presence revealing many of the best Nintendo Switch games at the event. But times are changing and many big companies have been choosing to separate themselves from the big convention in order to host their own electronic showcases online. I’ll keep my eye out for more Nintendo E3 2023 news and will write about it as soon as I learn more.

E3 has gone through a lot of changes over the last 10 years with many people in the industry wondering if the convention is even worth attending anymore. It used to be a crucial place for reporters, developers, and business persons to make connections and showcase their work. But with the internet, more and more of these in-person events aren’t necessary.

However, being able to focus more efficiently on the business end of things and then the consumer side of things could help make the showcase more relevant to all parties involved. Of course, since a normal in-person E3 hasn’t taken place since 2019, being able to go next year will be somewhat of a nostalgic affair for many.

Last week, there was some big news surrounding the hacking of Take-Two which lead to several Grand Theft Auto 6 videos leaking online. It seems that a 17-year-old from Oxfordshire, England was arrested in relation to these cyber crimes as well as the Uber intrusions on Thursday, September 22. The young man’s identity hasn’t been revealed since he is still a minor, but he remains in police custody.

On the evening of Thursday 22 September 2022, the City of London Police arrested a 17-year-old in Oxfordshire on suspicion of hacking, as part of an investigation supported by the @NCA_UK’s National Cyber Crime Unit (NCCU). He remains in police custody. pic.twitter.com/Zfa3OlDR6JSeptember 23, 2022

This was an incredibly quick arrest, but that might not be so surprising considering this is one of the most notorious gaming leaks that’s ever happened and Rockstar did not take kindly to it.

The following Tuesday, September 27, the alleged teen hacker appeared in court and denied the allegations (thanks Bloomberg). Since his arrest, the 17-year-old teen has been charged with breaching bail conditions and two accounts of misuse of a computer. Following these revelations, the case will be brought before a higher court sometime in the future.

It will be interesting to see how this plays out. Uber and Take-Two believe the teen is part of Lapsus$, a hacking group run by teens that has caused several problems for big companies recently. As was discussed last week, hacking and leaking gaming content is bad for the industry and doesn’t just hurt big companies, but individual developers and gamers too. Hopefully, more details about the hacks will come to light and help prevent further instances like this.

Earlier this year, I wrote about an unnamed worker who filed a complaint against Nintendo of America (NoA) stating the company allegedly violated workers’ rights to unionize. Further reports claimed that Nintendo treated contractors like “second-class citizens” depicting a strained work environment for many.

This week, more information on this head was reported by Axios who interviewed former Nintendo game tester, Mackenzie Clifton, the fired Nintendo contractor who is coming out by name for the first time. Nintendo denied that the firing had anything to do with unions and instead its official statement was that Clifton was fired for publicly disclosing “confidential information.”

Upon first learning about getting fired, Clifton reached out to supervisors to learn more about their supposed violation. A tweet that Clifton posted on Feb 16 was supposedly shown in which Clifton had written, “in today’s build someone somewhere must have deleted every other texture in the game bc everything is now red. Just like, pure red. it’s very silly.” According to Axios, Clifton stated that this vague reference was just meant to misdirect since the tweet clearly didn’t identify any specific project.

Clifton alleges that getting fired was actually in relation to a question they asked about unions during a Q&A portion of an online meeting with NoA president Doug Bowser back in January. A supervisor from Aston Carter, NoA’s contracting firm, allegedly reached out to Clifton later that day and told Clifton that this kind of “downer question” should be directed towards Aston Carter and not Nintendo.

It’s important to be aware of situations like this as scandals, reports of crunch, and labor disputes are rife within the gaming industry. The Activision Blizzard lawsuit brought several people forward to explain the company’s alleged “frat boy” culture that harassed women, minorities, and people within the LGBTQ+ community. As much as Nintendo wants to be a family-focused entertainment company, it itself is still a gaming company and prone to similar situations.

Sega Genesis Mini 2 comes out in time for the holidays

Preorders for the Sega Genesis Mini 2 have finally made it onto Amazon. This small console is set to release on October 27, 2022, comes packed with 60 classic Sega Genesis and Sega CD games, and sells for $100 USD. However, preorders have already proven to be hard to get a hold of as inventory has sold out rather quickly. If you’re interested and manage to see it in stock, you should jump on the purchase right away.

Some of the games included are Sonic CD, Night Trap, Ecco the Dolphin, Earth Worm Jim 2, Ristar, Sonic 3D Blast, Streets of Rage 3, and much more.

This second mini Sega console comes with 60 classic Genesis  and Sega CD games including Sonic CD, Streets of Rage 3, Ecco the Dolphin, and many more.

Pokemon asks what if Diglett was actually a worm?

To everyone’s surprise, The Pokémon Company revealed a brand new Pokémon that will be in the upcoming Scarlet and Violet games. Though it looks like a wormy version of Diglett, it’s actually a brand new Pokémon called Wiglett, the Garden Eel Pokémon. The internet didn’t receive Wiglett nearly as well as other revealed Gen 9 Pokémon, but some fans are excited for it. It should be noted that both Diglett and Wiglett have been shown together in videos for the upcoming Pokémon games.

With this announcement, the total of all confirmed Pokémon in Scarlet and Violet that I’ve noted so far comes to 150. Scarlet and Violet release on November 18 and are currently available for preorder. We can’t wait to see what other Pokémon are as yet left for us to discover.

See how Pokémon cards are made

On Tuesday, a fun video made its way online that shows the process of making Pokémon cards from start to finish. It starts by looking at the design aspects on computer and takes you through the QA portions and then onto the final product. You can almost smell the cards as the process is shown. If you’re a big Pokémon The Card Game collector then you ought to give it a watch.

Switch games to play this weekend

There are a number of awesome games that released this week, but these are the ones that stand out the most.

This weekend marks the beginning of October and there are several exciting Switch games releasing this month, like NieR:Automata, No Man’s Sky, Mario + Rabbids Sparks of Hope, Bayonetta 3, and of course Resident Evil Village Cloud Version. Get ready and prepare for awesome times ahead.