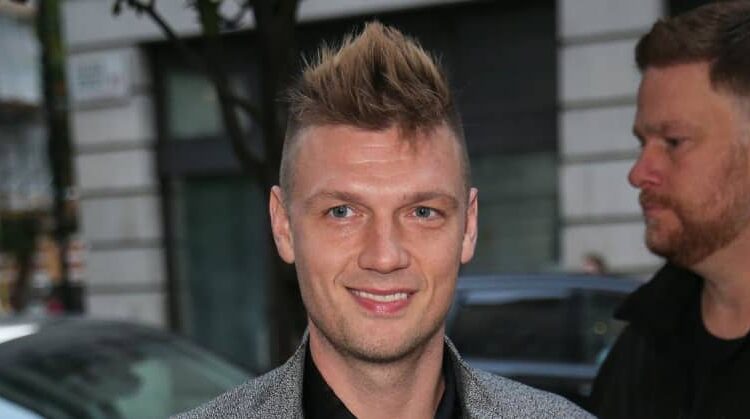 One day after Aaron Carter passed away, his brother Nick Carter was comforted by his Backstreet Boys family — Kevin Richardson, AJ McLean, Brian Littrell and Howie Dorough — while on stage at London’s O2 arena on Sunday, November 6.

In a video clip, the five singers paid tribute to the pop star, who passed away on Saturday, November 5, after he was found in his home.

“That [last] song we performed is about family. Everyone here — we all grew up together through the highs and the lows … we thank you being part of the Backstreet family,” Richardson began as McLean comforted the 42-year-old on stage.

“Most emotional moment of the Backstreet Boys concert so far. They made a speech about Aaron Carter. Not a dry eye in the o2,” one person tweeted of the sad moment.

Fans immediately weighed in on what Nick is going through.

One person wrote, “I have such a heavy heart for Nick in this moment. I have also lost a sibling, and it is absolutely soul crushing!” while another added, “A endless amount of respect for Nick and the boys!”

As OK! previously reported, the “I Want It That Way” crooner shared kind words about his sibling.

“My heart is broken. Even though my brother and I have had a complicated relationship, my love for him has never ever faded. I have always held on to the hope that he would somehow, someday want to walk a healthy path and eventually find the help that he so desperately needed. Sometimes we want to blame someone or something for a loss, but the truth is that addiction and mental illness is the real villain here. I will miss my brother more than anyone will ever know. I love you Chizz. Now you can finally have the peace you could never find here on earth….I love you baby brother,” he captioned a slew of photos of him with the “I Want Candy” artist.

Aaron, who had previously struggled with addiction issues, was found in his bathtub in California.

“We are extremely saddened and shocked to confirm the passing of Aaron Carter today,” his rep said in a statement. “At the moment his cause of death is being investigated. We ask that you give the family time and they will have more information when available. We cannot express the outpouring of love coming in.”