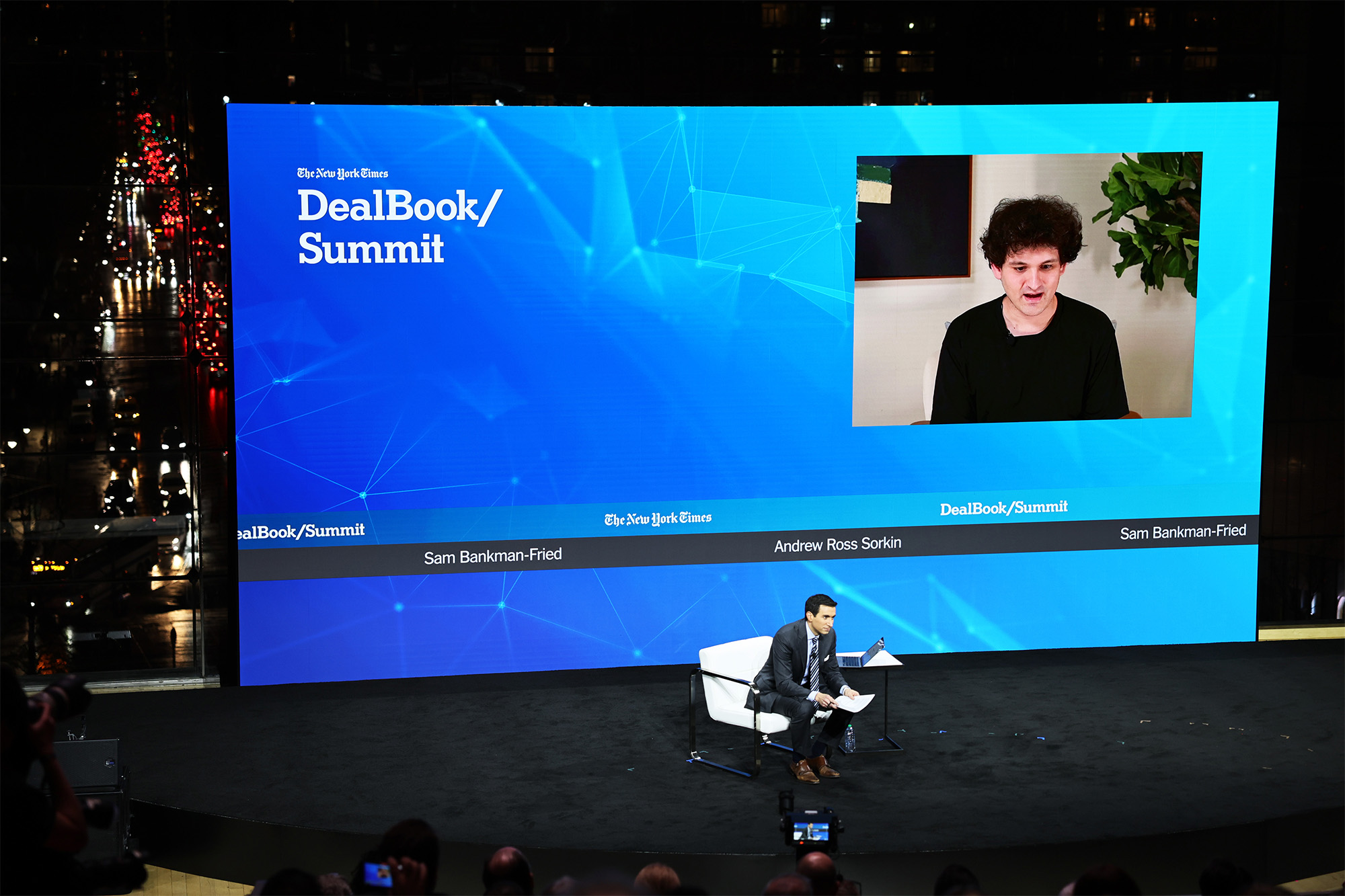 “New York politicians are slapping a badge on my chest,” quips law prof Eugene Volokh at The Wall Street Journal, by requiring “any site that allows comments” to “publish a plan for responding to alleged hate speech by users.” But making me “do the state’s bidding with regard to viewpoints” New York “condemns . . . violates the First Amendment.” We “can’t trust the government to decide which viewpoints are too hateful to merit legal protection.” So I’m suing the state. The law’s a response to “the Buffalo white-supremacist mass shooting,” but “legislators can fight crime . . . without violating the First Amendment or drafting me into the speech police.”

Sam Bankman-Fried “seems like the crypto version of disgraced Bernie Madoff,” yet “the interview requests continue to come in from outlets like the New York Times. And let’s just say the headlines have been gentle,” grumbles The Hill’s Joe Concha. SBF got a softball interview at The Times’ DealBook summit, “a huge public forum by the paper of record.” But: “Why didn’t the publication cancel, given the serious accusations against him?” ABC’s interview was as lame, fostering “the impression of victimhood.” Is it just because he “was one of the largest donors to Joe Biden’s 2020 presidential campaign to the tune of $5 million”?

Neocon: ‘Bioethics’ Is Neither

A Washington Post piece on “the work of Travis Rieder, a Johns Hopkins University ‘bioethicist’” infuriates Commentary’s Noah Rothman by uncritically presenting his claim “that it’s your moral duty to save the world by not having children” because “Not only do your children contribute to the problem of climate change by dint of their very existence, but the little nibblers will still menace the rest of us even if the climate became static overnight.” Worse, says Rieder, your kids “might go on to have kids who also consume more than their fair share.” Argh, thunders Rothman: The whole idea of population control is “predicated on bunk science.” If pollution is the problem, “There is a measurable link between a growing middle-class expansion with that society’s demand for and the creation of environmentally friendly technologies, regulations, and public policies.” But: “Being a ‘bioethicist’ means never having to care about any of this.”

Eye on elex: Who Won the Popular Vote?

“Why are we ignoring the GOP’s popular vote win?” asks Dave Seminara at Spectator World. Yes, “Democrats held the Senate” and have just a narrow “deficit in the House.” But “Hillary Clinton still probably mutters about winning the popular vote in her sleep.” Indeed, “2022 was the first time the Democrats lost the House popular vote since Hillary’s 2016 loss, when the GOP prevailed by one point.” So of course “USA Today, Politico, CBS News, ABC News, and many other lefty publications ignored the popular vote story.” Dems were simply lucky: “They won lots of important races by narrow margins while getting obliterated in many more places, particularly areas far from the coasts.”

The US men’s World Cup struggle has led some to deem the game “an ‘upper class’ American sport,” with critics comparing soccer “unfavorably with basketball and American football,” laments City Journal’s Steven Malanga, “sports where the inner-city dream of stardom is reportedly still alive.” The problem is deeper: “Youth participation in every sport is declining in urban neighborhoods” for many reasons, including “the failures of institutions like urban public schools.” Although sports like basketball have “always been a route out of poverty,” NBA players are “now more likely to have grown up in middle- or upper-income neighborhoods” and “in a two-parent household.” The data show “low-income kids are half as likely to participate in sports these days as those from families solidly in the middle class.” Certainly, “sports participation brings widespread benefits to children,” but “rebuilding families and communities is something else entirely.”