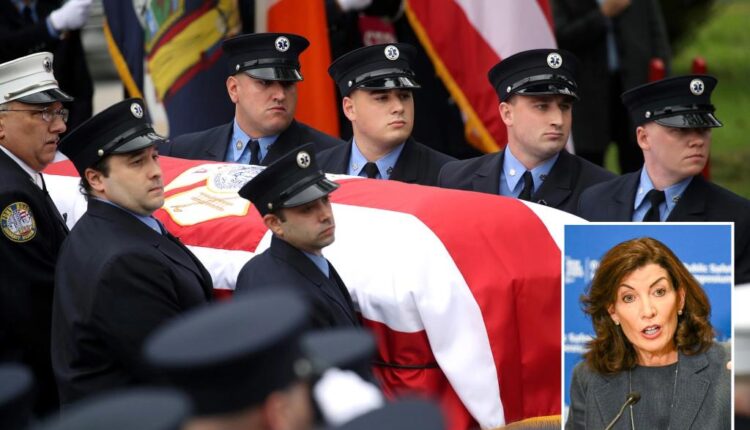 The city laid EMS Capt. Alison Russo-Elling to rest Wednesday, days after an apparently mentally ill assailant stabbed her to death in a random attack. But the madness continued in those few days. With each passing day, violent crime and chaos threaten to overtake the Big Apple.

It’s a toxic brew of multiple dysfunctions: madmen roaming the streets, gangbanging kids who know the Raise the Age law gives them free license and other serial perps protected by the no-bail laws.

The NYPD has managed to bring shootings down, but overall crime and chaos surge on. Gov. Kathy Hochul’s solution? “Gun-violence listening tours” and similar nonsense.

Hochul won’t call out Assembly Speaker Carl Heastie, Senate Majority Leader Andrea Stewart-Cousins and their allies for flat-out refusing to fix the state’s disastrous criminal-justice “reforms.” And they all flip off Mayor Eric Adams when he speaks the truth.

New York desperately needs a governor, and legislators, who will stand against the madness. It’s every sane citizen’s duty to help vote the pro-lunacy crew out of power.