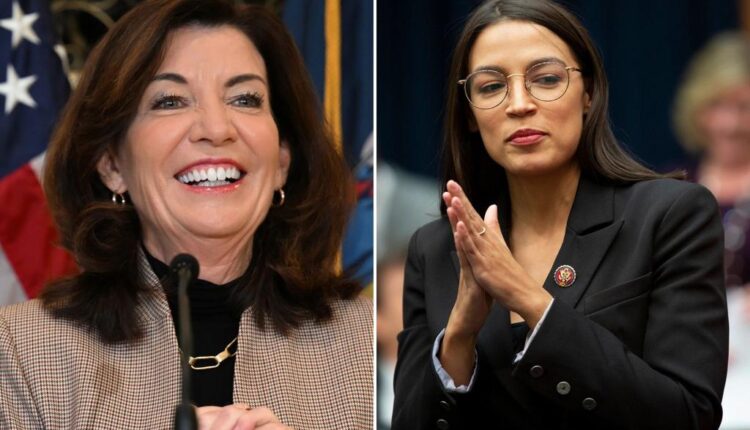 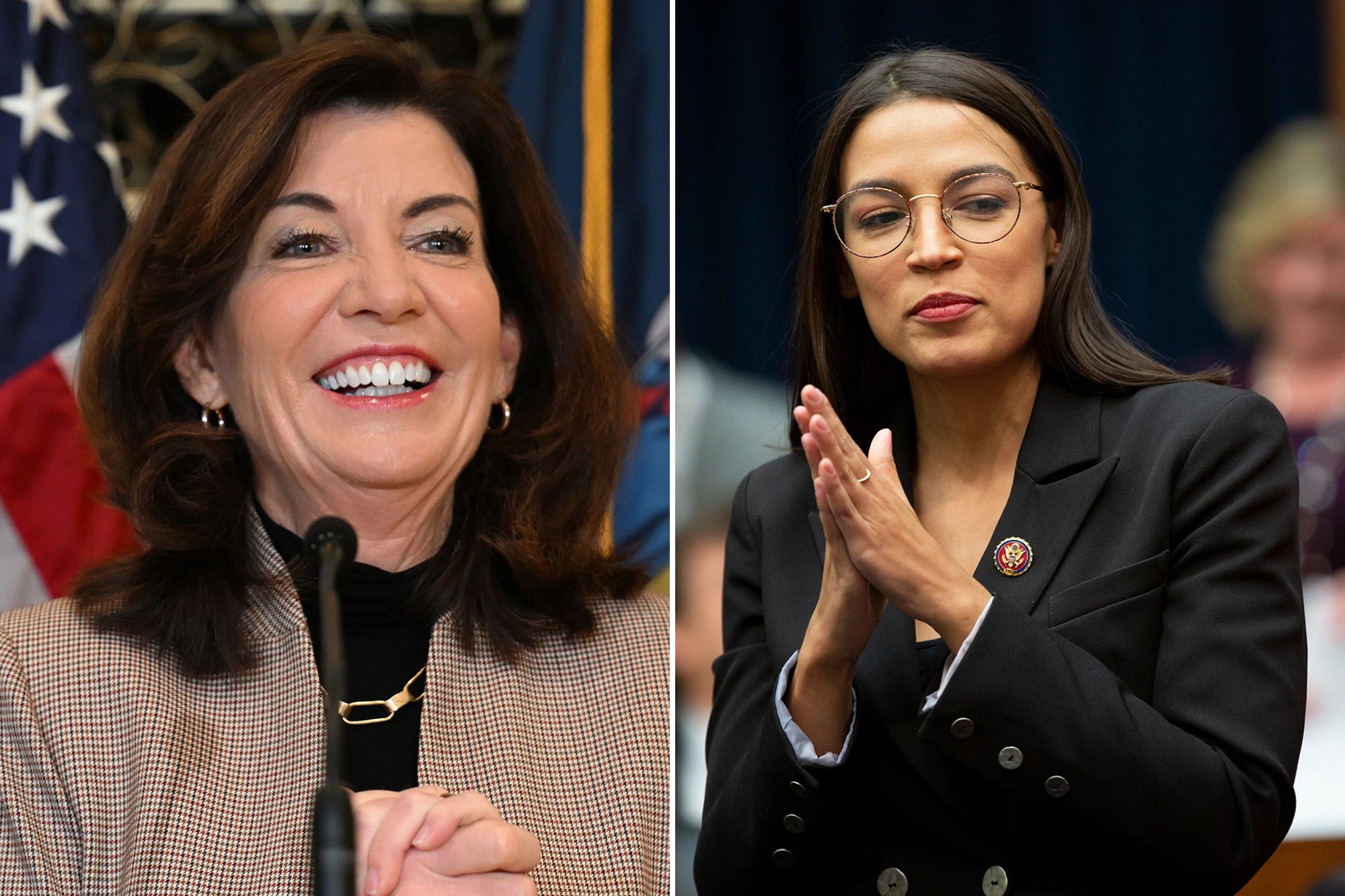 Desperate to fend off surging Lee Zeldin, Gov. Kathy Hochul’s campaign has turned to the far-left Working Families Party for help. Voters aren’t supposed to ask what the gov has promised in return.

The price won’t be cheap for crime-plagued New Yorkers if she wins. WFP-backed progressive lawmakers are the ones most responsible for the disastrous criminal justice “reforms” that have made city streets and subways unsafe for women, children, teens and the elderly from Brooklyn to Newburgh to Buffalo.

With socialist Sen. Bernie Sanders’ Our Revolution outfit also dragging votes for Hochul, a vote for the supposedly “moderate” gov now is clearly a vote for the agenda of Rep. Alexandria Ocasio-Cortez and the no-bail police-defunders.

As it is, much of the gov’s climate-change agenda, including sending electric bills through the roof, is cribbed from AOC’s Green New Deal.

Then again, Hochul is devoid of lasting principle. As Erie County clerk, she vehemently opposed driver’s licenses for illegal immigrants in 2008 before embracing them in 2018 as then-Gov. Andrew Cuomo’s loyal minion. In Congress, she was an A-rated NRA-backed gun-rights supporter before morphing into the anti-gun crusader she is now.

On top of its pro-crime, anti-business agenda, incidentally, the WFP is a creature of the state’s public-employee unions. If it manages to save Hochul, expect payback in the form of taxpayer-funded pay hikes and benefit-sweeteners: Her votes, your wallet.

Indeed, her alliance with the WFP goes back years: It endorsed her 2012 House bid despite her official views on guns and illegal migrants, and Cuomo watchers believed that he was offering an olive branch to the WFP by tapping her to be his new lieutenant-gov in 2014.

Yes, the WFP has its own reasons to help: It wants enough votes for Hochul on the WFP line to preserve its right to a “permanent” ballot line for the next four years, and it’s also worried about all its downballot candidates holding on in a year that looks good for Republicans even in deep-blue New York.

Note, by the way, that a true centrist Democrat, ex-Rep. Max Rose, actually refused the WFP line this year despite needing every possible vote in his grudge match with Rep. Nicole Malliotakis. Rose explained last month that the “WFP and I are not aligned on every issue due to my opposition to defunding the police and belief that bipartisanship is still possible and the best way to govern.” Hochul could have refused, too; the conclusion is obvious.

Now, as The Post’s Carl Campanile reports, the WFP organization is doing “tens of thousands of phone calls and many more doors knocks” in a bid to save the gov. “We’re doing a tremendous amount of work for Hochul,” said George Albro of the WFP-affiliate Progressive Action Network.

This latest dirty Hochul deal will empower New York’s hard pro-criminal socialist left — unless the voters send her packing (along with as many WFP-embraced downballot Dems as possible) by supporting Lee Zeldin and the Republican ticket when they hit the polls through Nov. 8.