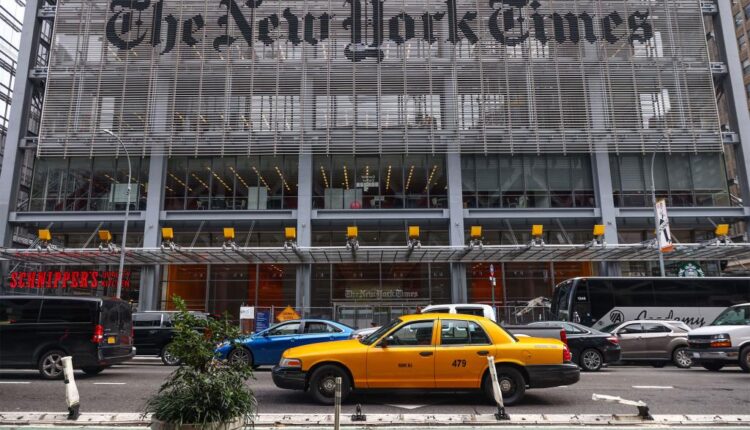 “The fact that Republicans are openly talking about cutting the programs has galvanized Democrats in the final weeks of the midterm campaign.”

“Still, the fact that key Republicans are openly broaching spending cuts to Social Security and Medicare . . . ”

Boy, it sounds like there’s a ton of chatter in Washington about cutting entitlements. And it’s about time we embraced reform. So, which brave “key Republicans” are “openly talking” and “openly broaching” the idea of reforming Social Security and Medicare? We don’t know, because the author, Jim Tankersley, doesn’t offer a single quote from anyone in the GOP making that argument — not an elected official, not a candidate, not even some fringe backbencher spouting off.

How can one of the most prestigious newspapers in the country run a 1,500-word piece asserting that a major political party has been “talking” about a highly controversial policy position and not substantiate the claim with a single quote? That would be the first question of any competent editor.

Of course, as much as I wish it existed, there is no plan or campaign or reform effort aimed at slashing or weaning us off entitlements. The entire ginned-up issue basically relies on a single line from Rick Scott’s “Save America” agenda, which Mitch McConnell rejected as soon as it appeared. (You’ll find out about that in paragraph 13.)

In truth, Scott doesn’t even target Social Security or Medicare reform specifically, but rather supports an audit and renewal of all federal programs every five years. (The Times incorrectly says “every year.”) There is a strong case to be made that revisiting legislation every few years is far more “democratic” than compelling millions to live with antiquated economic ideas that were popularized during the Depression. But only a Republican, not Republicans, has embraced that idea.

Not that any of it stops Tankersley from going on about how “several influential Republicans have signaled a new willingness to push for Medicare and Social Security spending cuts.” Several, huh? The hyperlink bolstering this assertion leads us to a more nuanced Bloomberg Government piece by Jack Fitzpatrick that details possible GOP efforts to use the debt ceiling as a negotiating tool to curb perpetual, massive auto-spending.

As we learn in paragraph 23 of the Times story, “Democrats and Republicans largely agree Congress will need to ensure the solvency of the programs in the decade to come. Spending for the programs is projected to balloon in the coming decade as more baby boomers retire.”

Among the ideas the Republican Study Committee bring to the table is gradually raising the retirement age for some workers due to higher life expectancy (with increased benefits). And Bloomberg quotes Lloyd Smucker saying we may need future reductions of benefits for wealthy Americans to save the program from insolvency. President Joe Biden’s “plan” to raise payroll taxes on the rich to save the program is also in effect a reduction of benefits for the wealthy.

But, again, the Bloomberg piece does not feature a single person “talking” or proposing slashing Social Security or Medicare programs.

Whenever Democrats latch onto some new scaremongering effort — “saving democracy” or “voting rights,” or whatever hysteria is being flouted — establishment media instantly take up the issue, often ham-fistedly backfilling the accusations with alleged reporting. Though the Times piece does not offer any Republicans “talking” about cutting Social Security, it does give Biden, Barack Obama and other Democrats the space to go off on this imaginary threat.

“You’ve been paying into Social Security your whole life. You earned it. Now these guys want to take it away,” Biden is quoted saying during a visit to Hallandale Beach, Fla. “Who in the hell do they think they are? Excuse my language.” Obama, who never shies away from flogging a strawman to within inches of its life, says that American retirees “had long hours and sore backs and bad knees to get that Social Security.”

As Obama — though, perhaps, not Biden — knows very well, there is no proposal from Republicans to take Social Security from those who’ve paid in. Not even George W. Bush, the last Republican to “openly” campaign on reforming the untenable entitlement infrastructure, has ever proposed taking a penny from anyone who paid into it. That was always a lie.

Even those reforms would only have allowed — not compelled — new participants to divert a portion of their tax dollars to private retirement accounts and opt out of an unsustainable, state-run Ponzi scheme that brought them back a paltry 1% return on their “investment.”

Don’t worry, though, no one is going to reform entitlements. As 2022 proves, it’s a politically toxic issue that can be easily demagogued.

Union bosses rake it in, even as their ranks shrink