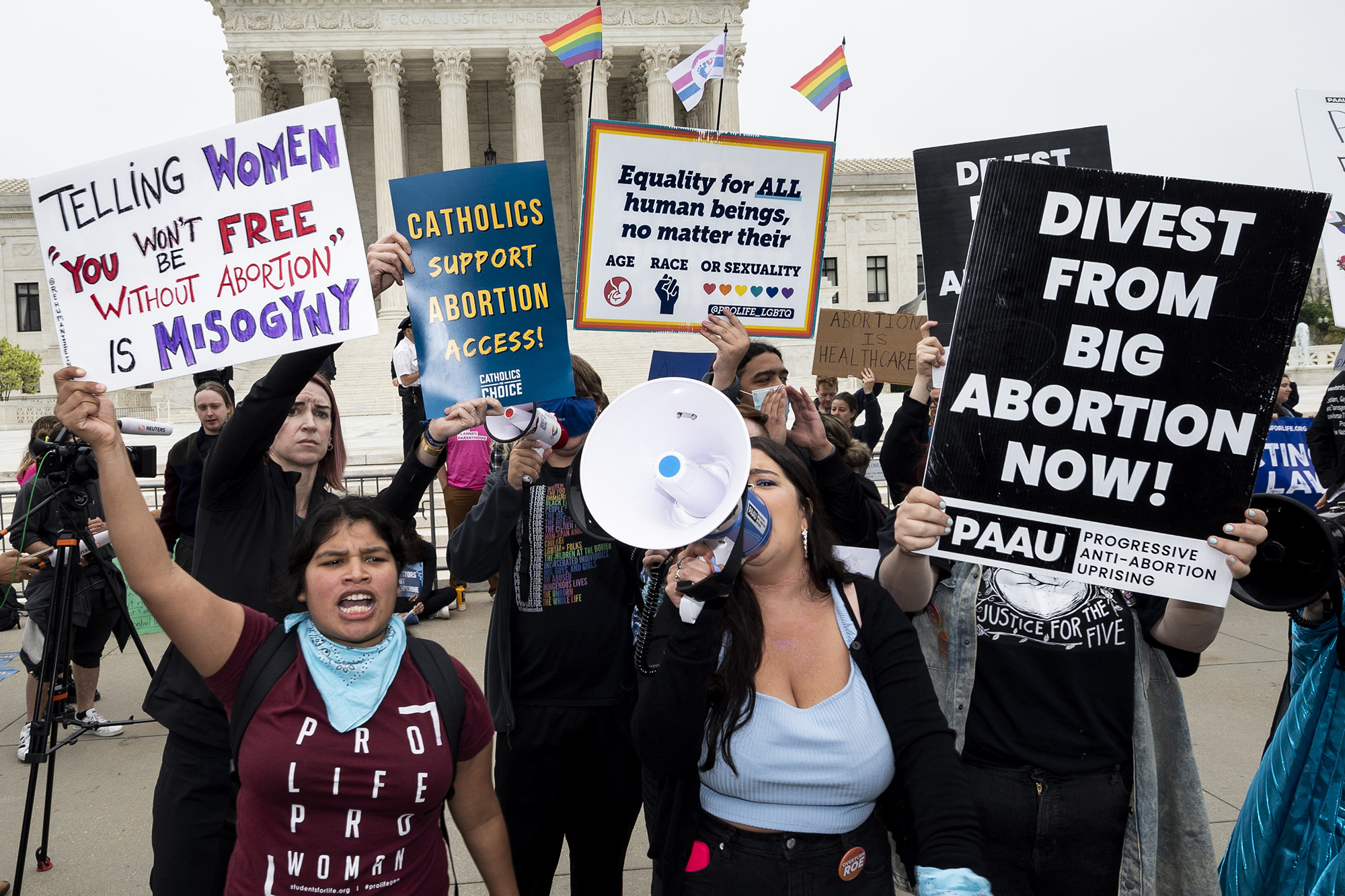 The Issue: The Supreme Court overturning the Roe v. Wade decision that legalized abortion in 1973.

We all know that the Republican Party was poised for a major victory in the midterms with hopes of winning back both the House and the Senate (“Supremes revoke right to abortion,” June 25).

After repealing Roe v. Wade, I fear that a huge opportunity has just passed them by.

Whether or not you agree with this ruling is irrelevant; the singular thing that mattered was the retaking of Congress.

I simply cannot fathom what the Republican leadership was thinking when they pushed for this action at this time, rather than push for a ruling after the midterms.

The Republican Party might very well have won this battle; I pray that it has not lost the war.

Overturning Roe v. Wade was a thoughtless exercise in textualist arrogance; it goes against majority public opinion in the United States.

It sows chaos, and it subjugates women to the caprice of a few conservatives in black robes who would subvert precedent to read the Constitution not as a living document but as a parchment with immutable words. The Founders are turning in their graves at this foolishness.

The ruling to overturn Roe v. Wade, a poorly drafted and unconstitutional decision made in 1973, was long overdue.

Nothing in the Constitution guarantees a woman the right to an abortion, and the ruling’s existence has been a polarizing distraction in every national election since.

Threats of violence seem to be the new norm when liberals don’t get their way. These threats show contempt for both the Constitution and the rule of law.

Liberals can better serve their cause by organizing to make abortion legal in all 50 states, which would put this distraction behind us.

It’s not just abortion that will motivate the Democratic base in November. Justice Clarence Thomas has already recommended that prior Supreme Court rulings legalizing gay marriage and access to contraceptives should be “reconsidered.”

By November, I am sure many red states will have passed or introduced laws banning all or most of the above.

Moreover, many leading Republicans like former Vice President Mike Pence, along with anti-abortion crusaders, have openly admitted they now want a full federal ban on all abortions nationwide (so much for leaving the matter to the states) and will be making a federal ban a key issue in the November elections.

That will only serve to further ensure a large Democratic turnout, with substantial support from independents.

With the Supreme Court reversing Roe v. Wade and allowing each state in our nation to make life-or-death decisions regarding abortions, I say this is a great time to unburden every woman of reproductive age.

Men should now carry the burden of contraception. Planned Parenthood clinics can become vasectomy clinics. No clinic would need to close its doors, and no employees would need lose their jobs.

Women have carried the burden too long. The tide has turned.

The Supreme Court’s decision to overturn Roe v. Wade is more than just a victory for people who value life. It’s a victory for the judicial system.

I find the reversal of Roe v. Wade disturbing on a number of levels. It just seems cruel and sadistic to me to ask a girl who has been raped to carry the rapist’s child to term.

The lack of compassion and empathy here for people in their most vulnerable moments quite frankly disgusts me. I just don’t get this level of cruelty.