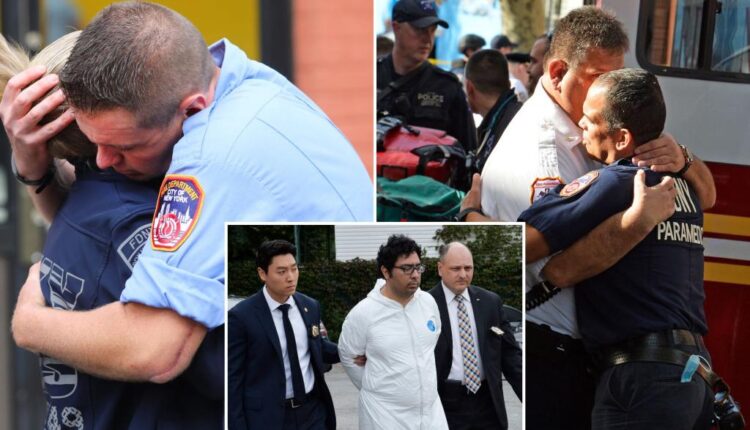 The murder of EMT Lt. Alison Russo-Elling looks every bit like yet another horror produced by New York’s refusal to face the dangers of violent mental illness.

Per police sources, Peter Zisopoulos, the alleged killer, has a history of schizophrenia — including a hospitalization without being charged after a 2018 interaction with police over accusations of threatening Asians. (In an ugly irony, the unit Russo-Elling would later join brought Zisopoulos to the hospital then.)

How many times is this going to happen? A person with mental illness and announced violent tendencies isn’t sequestered from the general population or required to take necessary medication — but left to walk the streets until he maims or kills.

And so a 25-year FDNY veteran, a grandmother months from retirement — a 9/11 first responder — gets slaughtered in broad daylight.

Remember Martial Simon, who murdered Michelle Go by shoving her in front of a subway train in January? He had been hospitalized at least 20 times — and had told a shrink in 2017 that it was just a matter of time until he killed a woman by pushing her onto the subway tracks. Yet the system did nothing.

So too with Alexander Wright, let back out after a psych evaluation at Bellevue before he viciously assaulted a subway cleaner this summer. Or Brooklyn subway shooter Frank James, whose bizarre YouTube videos revealed his disturbed mind long before he opened fire on a crowded N train.

Minor recent moves in Albany — a modest strengthening of Kendra’s Law, which makes it easier to force the insane into treatment, plus a bump in funding for psychiatric hospital beds — aren’t nearly enough. Thursday’s tragedy proves it.

New York, city and state, have long refused to face facts on the violent mentally ill: They need to be kept off the streets, or at least monitored and forced to accept treatment, for our safety and theirs. This must end.

No more outsourcing efforts to deal with the mentally ill to homeless outreach groups with ideological opposition to forcing people into shelter or treatment. No more progressive mewling about how most crazy people aren’t killers, so somehow we should ignore those who pose clear threats. No more catch-and-release by psychiatric hospitals.

Tell cops to be more proactive when dealing with nutsos. Fight tooth and nail to toughen up Kendra’s Law still more. And by all means fund as many treatment beds as needed — but then make sure they get filled.

City Council move to ban solitary would be a disaster