New Pokémon for Scarlet and Violet shown at 2022 World Championships 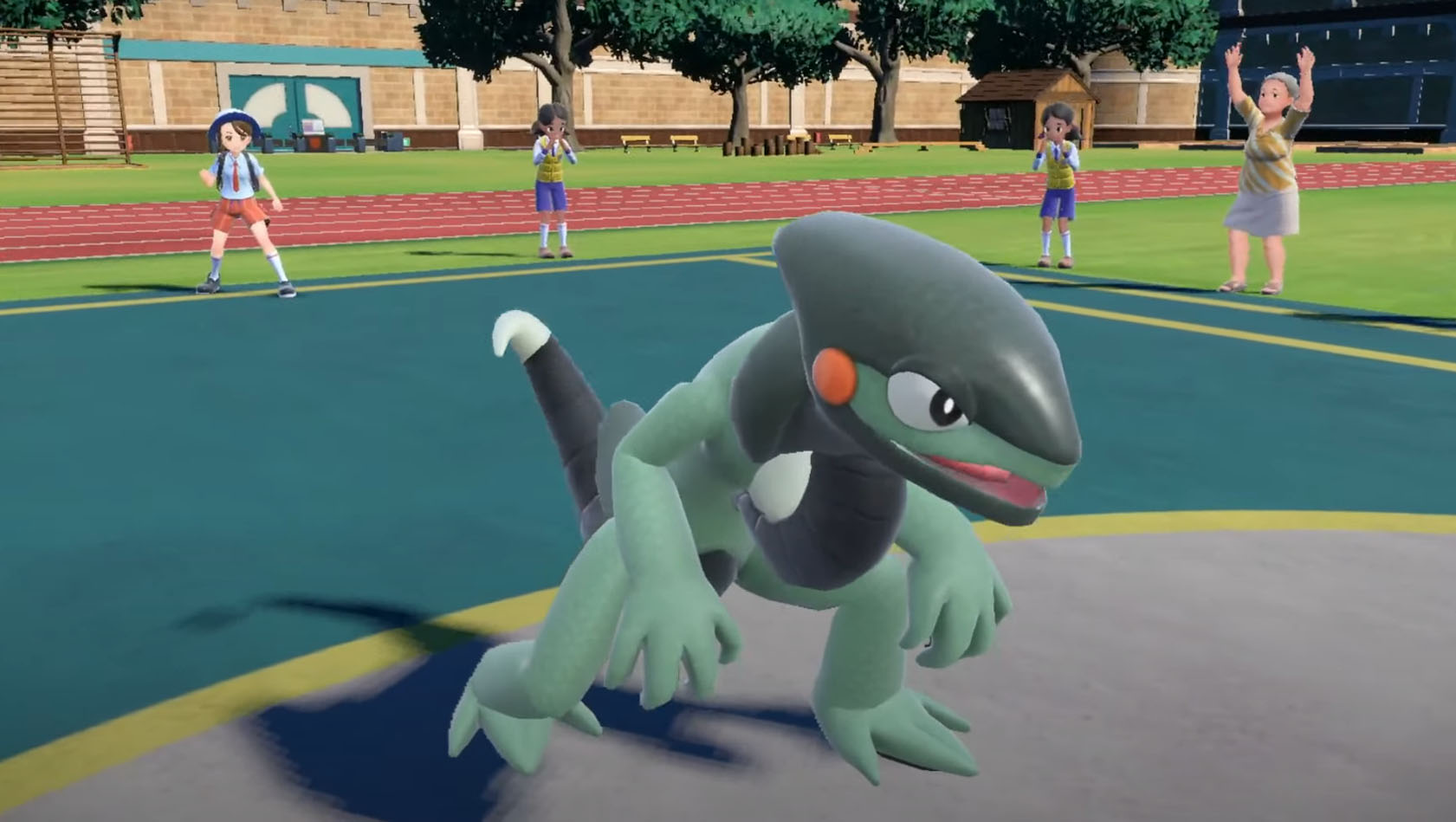 This year’s Pokémon World Championships took place from Aug 18-21 after not being able to take place for the last couple of years. Professional players from around the world gathered to compete against each other with competitions in The Pokémon Trading Card Game, Pokémon GO, Pokémon Sword and Shield, and more.

During the World Championship’s closing ceremonies, President of The Pokémon Company, Tsunekazu Ishihara, took to the stage and shared some news about the Pokémon Scarlet and Violet as well as the “future” of the Pokémon Trading Card Game.

Several new cards for the upcoming “ex” series of trading cards were shown with a brief explanation of how the “ex” series differs from previous ones. This was followed by a brand new video montage of a Scarlet and Violet Pokémon battle that we had not seen before.

As part of this, we were shown Cyclizar, a Dragon/Normal type creature, which looks like it could be a pre-evolution for Legendaries Koraidon and Miraidon since it has that wheel-like protrusion coming out of its neck. According to The Pokémon Company, it’s known as the “Mount Pokémon” and “can sprint at over 70 mph while carrying a human rider,” which further lends to this idea.

Meet Cyclizar, the Mount Pokémon! This Pokémon has lived in many Paldean households since ancient times. It can sprint at over 70 mph while carrying a human rider. 🚲💨#PokemonScarletViolet #PokemonWorlds pic.twitter.com/Kktm2PHTglAugust 21, 2022

Ishihara closed the event by revealing that the 2023 Pokémon World Championships will be in Yokohama, Japan.

From the Editor’s Desk: Could we see the iPhone 14 on September 7?