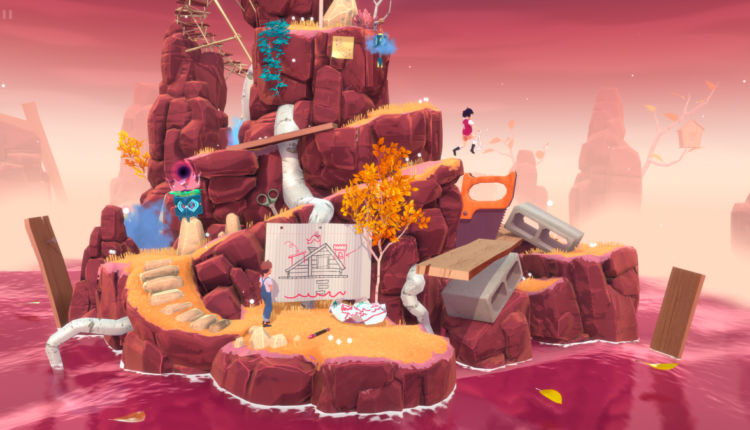 Thousands upon thousands of new games hit the App Store every day – and there are even more coming to Apple Arcade and Netflix Games every week now, too.

So consider this your weekly guide to the new best iPhone games and very best iPad games to play right now. Today we’ve got Apple Arcade adventure The Gardens Between, bombastic action-RPG Torchlight: Infinite, and relaxing, retro-tinged puzzler Linia Stripes. Let’s get into it, shall we?

We’re glad this beautiful time-bending puzzle adventure is getting another airing through Apple Arcade – it got a little lost in the crowd when it first arrived on the App Store back in May 2019.

You control best childhood chums Arina and Frendt as they navigate their way up a series of strange island gardens. They’re dotted with remnants of their shared childhood, from VCR players (ask your parents) to video game consoles.

The gimmick here is that when you interact with certain objects you can manipulate time – so you’ll rewind said VCR player to eject a tape that can then be used as a bridge, for example. It’s handsome, too, and the story, about childhood friends being separated, is subtle and well done – no interminable cutscenes of waffle for those who want to just get on with the smart puzzles, just how we like it.

Diablo Immortal players might want to check this one out – it’s a similar deal: pick a character and rampage around fantasy worlds slaying fools and picking up loot to grow ever more powerful.

And just like Diablo Immortal, Torchlight: Infinite is the mobile spin-off of the ‘main’ Torchlight games you can play on console and PC. But it’s free, and playable on your iPhone and iPad.

Happily, it’s a lot brighter than Diablo’s gruesome vision of hell – instead you’re tearing through more sci-fi-influenced fantasy worlds, with chunky armor-clad characters and vibrant flashes of color. As a result it’s a much more cheerful game to rattle through than Blizzard’s recent effort.

Be aware before you download: it’s a monster of a game, 4.75GB according to our iPhone. It takes a while to download, and it also crashed once during that process – but once you’re through all that, there’s a huge amount to see and do in this game, which has a frankly ludicrous amount of characters, upgrade paths and abilities to discover.

If you’re seeking some soothing, easygoing puzzling then this one’s for you. Linia Stripes is not based on our parents’ ‘70s wallpaper, but it looks like it: the simple premise is to double-tap the jazzy line patterns from the one you think is shortest to the longest to clear the screen.

After those dashing retro orangey-brown flourishes early on, the palette moves through pink-purple, yellowy-greens and beyond as you progress. The gentle piano tone that greets every correct move is a neat touch, as is the haptic feedback woven throughout the game.

The only downside is the occasional ad between levels, which rather breaks the retro jazz lounge-like mood – but you can remove them forever for just $1. It’s a price more than worth paying for a neat little casual puzzler, and it’ll help support small Italian indie developer Nexent, the creators of the game.