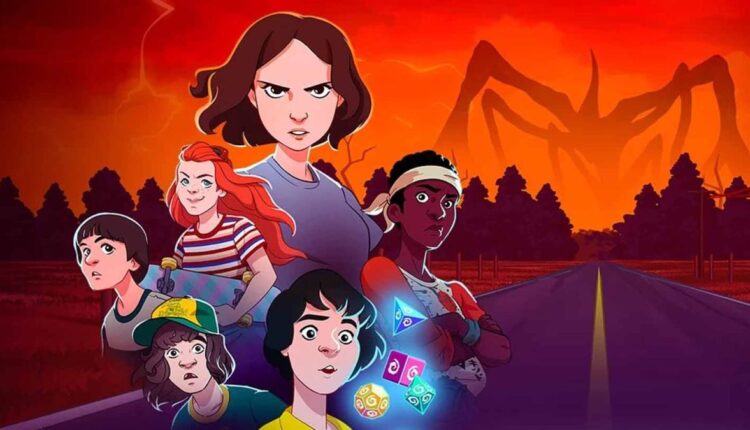 Another week, another flurry of new games on the App Store to wade through – but fear not! We’re here to cut through the noise and recommend the only three games you need this weekend.

And if you’re not into what we’ve got for you below, have a look at our all-time best iPhone games and best iPad games lists; there’s sure to be something that’ll tickle your fancy. Read on for what’s fresh and exciting on the App Store this week.

It’s second-time lucky for Stranger Things fans as this great little puzzle-battler returns  — this time as part of your Netflix subscription within Netflix Games. Puzzle Tales was once on the ‘normal’ App Store with in-app purchases, but now it’s part of Netflix’s growing games library it’s got a new lease of life and no prompts to try and take your hard-earned cash.

The setup is fun: the Stranger Things crew have to fight their way through an arcade that’s been invaded by Demodogs to get to Eleven. To do that, players must match gems.

This is not your average Candy Crush clone, though, there’s extra depth to it as matching each gem color also charges up the special moves of each character. This adds a tactical depth to the play that’s really satisfying (without being overly complex).

The presentation really is top-notch. The characters are all drawn like Saturday morning cartoon heroes, and the sound is all spooky, with heavy synths just like the show. Throw in new content based on the events of season four and you’ve got another excellent addition to the Netflix catalog.

Basketball gets miniaturized and turned into a kind of action-strategy game in NBA Clash, a clever distillation of the sport that’s playable with one thumb.

For a tight, intense sport like basketball, the controls are simple enough: just tap a team-mate to pass to them, swipe to drive in for a dunk or free up some space, or tap to shoot.

The on-screen effects sizzle and pop as you sink three-pointers and alley-oops. It’s pleasingly over the top, just like the outrageous NBA Jam dunks of yesteryear.

Defending is trickier. We sometimes found ourselves frantically tapping and swiping over and over to trigger a steal or block, with mixed success. Perhaps those with a cooler head will do better here.

Dedicated fans will love getting into the detail of building bespoke team decks, too. Every player in the game is from the real NBA and has strengths and weaknesses that contribute to your team’s overall stats. There are special moves to think about too, which depend on the type of player in your team. A slam dunk for basketball fans, then.

Second Dinner’s debut has quickly become one of our favorites, and it seems millions of players agree. It’s been hanging around the top of the App Store charts since it launched a couple of weeks ago.

We’ve personally experienced a little bumpiness logging in every now and again — for a brief, panicky moment it looked like our account was gone — but that aside, we think Marvel Snap is already a contender for game of the year on any platform. Seriously, it’s that good.

We’re already onto its second season of content, too, neatly timed for the release of Black Panther: Wakanda Forever. You won’t be seeing any of the actors from the MCU here. This is all comic book art for now, but it’s cool to see Black Panther, Okoye and the gang do battle.

To unlock the ‘Warriors of Wakanda’ content, you’ll need to buy a battle pass, but that’s a trifling $9.99 and well worth it to see king T’Challa do his thing.

Entertainment on your iPhone and iPad

If you’ve got time in-between sessions of Marvel Snap (Curse you, Devil Dinosaur!) to check out more great games, don’t forget that there are a whole load more to play if you have an existing Apple Arcade or Netflix subscription. If you want more places to find entertainment, you can’t go wrong with the best Arcade games or if you have a Netflix subscription, you can access Netflix games and see what fun is waiting for you there. Our editors have played ‘em all and only recommend the finest.

See you next week!