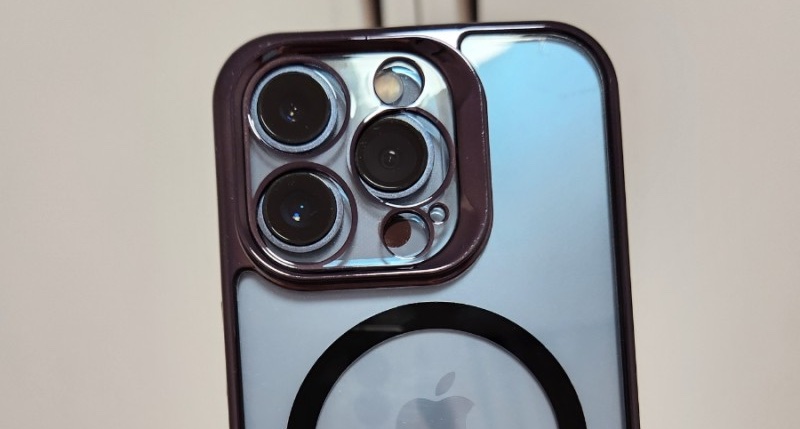 Apple is expected to announce a new range of iPhones on Wednesday and while we already expected the Pro models to sport some big camera improvements, it seems the features won’t be the only things that are outsized.

We’d already been told to expect a larger camera bump and arrangement when iPhone 14 Pro and iPhone 14 Pro Max arrive, but a new image shared to Korean blog Naver by an account going by the name yeux1122 gives us a better idea of what that will actually mean. Spoiler: it means big.

That shouldn’t be all that surprising based on previous rumors, but it’s still interesting to see it shown so clearly. The iPhone 14 Pro and iPhone 14 Pro Max models are expected to benefit from a new 48-megapixel camera that will be capable of 8K video recording and improved photography performance, while there is also talk that the ultra wide camera will get an upgrade, too. Both improvements would potentially require a larger camera area.

The iPhone 14 and iPhone 14 Plus aren’t set to have such notable camera upgrades, nor are they expected to benefit from the same always-on display that is expected to be one of the Pro models’ standout features. The non-Pro models are also expected to use the same A15 Bionic chips as last year’s models, too.

Apple is expected to announce its new iPhones on Wednesday, September 7, alongside new Apple Watch SE, Apple Watch Series 8, and Apple Watch Pro hardware. There is also a suggestion that refreshed AirPods Pro earbuds are in the cards, too.