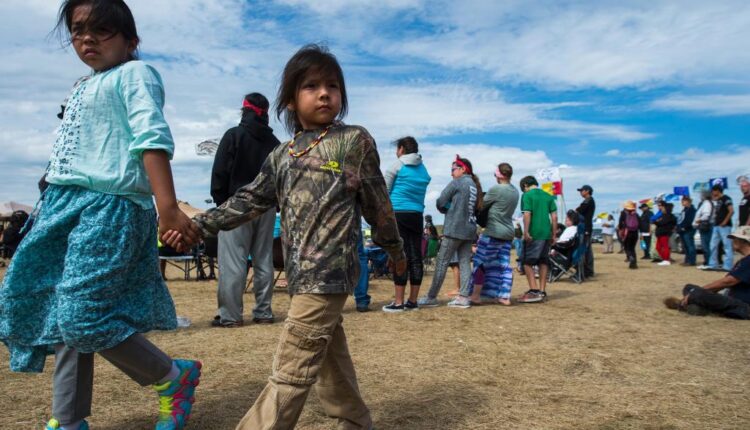 In a recent blog post, Moira Szilagyi, the president of the American Academy of Pediatrics (AAP), writes: “While we know everyone cares about children, especially their own children, the AAP cares about all children, each and every one.” Maybe, but it’s too bad the AAP seems to care about politics more.

The group, which supports things like double mastectomies for adolescents who claim to be born into the wrong body and has said that masking young children would have no effect on the development of language skills, has now decided to weigh in on the Indian Child Welfare Act. The AAP members and their colleagues at the American Medical Association have filed an amicus brief at the Supreme Court in the case Haaland v. Brackeen, in which oral arguments will be heard this fall. At issue in Haaland v. Brackeen is whether the Indian Child Welfare Act discriminates on the basis of race and whether the law exceeds Congress’s powers by commandeering state courts and agencies to carry out a federal child-placement program. More concerned with being on the right side politically than protecting children’s safety, the AAP argues that the ICWA is not only constitutional but vital to the well-being of Indian children.

This madness continues even in cases of abuse. When other American children are permanently separated from abusive parents using a “termination of parental rights” (TPR) proceeding, the state has to find “clear and convincing evidence” to proceed. But when Native American children endure extreme maltreatment, ICWA says the state has to prove its case beyond a reasonable doubt and that it but must do so with expert witness testimony. As Timothy Sandefur of the Goldwater Institute notes, “That’s a more burdensome standard than applies in criminal cases.”

So thanks to ICWA, we are forcing Native American kids to live with abusive and neglectful families for longer than we would force their white or black or Hispanic or Asian counterparts. If and when we do finally get them out of these dangerous situations they may be left in foster care limbo for much longer.

According to the Adoption and Safe Families Act of 1997, when children are in foster care for more than 15 of the last 22 months, states are supposed to move to terminate parental rights. But thanks to ICWA, Native kids can, and do, spend much longer periods in care. In Minnesota, for instance, there are almost 200 Native kids who have been in care for longer than three years. That is a higher raw number than for children of any other race, despite the fact that Indian kids make up only 2% of the state’s population.

So why does the AAP support a policy that keeps Native kids in abusive homes, keeps them in foster care longer and prevents them from finding adoptive families?

According to the amicus brief: “Tribes are, in a real way, extended families. AI/AN children have supportive connections not only with parents, and not only with their near relatives, but with a broader community. “

There is no doubt that—all things being equal—staying with extended family is a good option for children when their parents cannot care for them. What’s more, remaining in one’s own community is preferable to being uprooted. But when kids have suffered from abuse or neglect at the hands of their parents, all things are certainly not equal.

For one thing the dysfunctions that affect the parents—substance abuse, mental illness, domestic violence—often affect the extended family too. Second, the extended family often fails to keep children away from the very adults abusing those children. Third, there are not enough Native American families able to adopt, so Indian kids remain in foster care for longer. And finally, ICWA allows for children to be taken from caregivers they may have known from years — and from places where they may have lived for years—simply because those caregivers are not Native American.

Is this really what our nation’s pediatricians recommend? Would they do it to their own children? Or are Native kids just different?

The brief also correctly notes that “AI/AN children suffer disproportionately from a wide variety of challenges to their health and wellbeing, and suffer a high rate of traumatic and stressful experiences, such as neglect.” The AAP blames these problems on “historical trauma.” Perhaps. But the fact remains that Native American children today are more than twice as likely to be victims of, or die from, maltreatment than white children. Parents are ultimately responsible for these statistics, not historical trauma.

There is no doubt that Indian families and communities have been treated poorly by the U.S. government. The forced removal of children to boarding schools a century ago exacted a devastating toll on many tribes. But the argument that honoring historical trauma is more important than removing kids in abusive homes or getting them out of foster care is a purely political one, not one supported by science. The idea that we should be compensating for past injustices by keeping Native American children at risk isn’t sound medicine – it’s nothing less than monstrous.