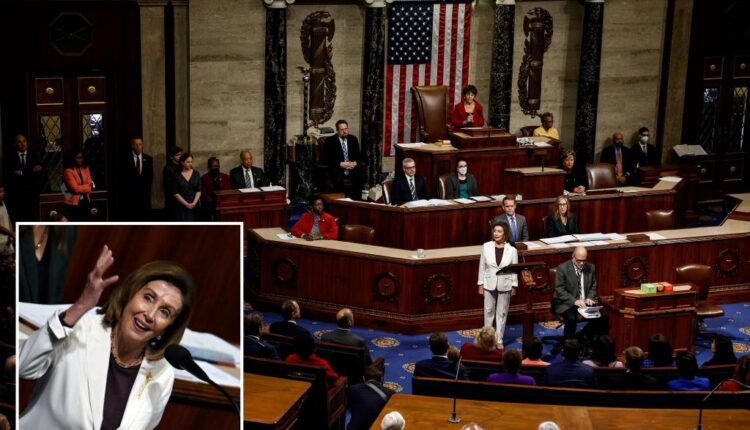 Nancy Pelosi, who announced she would not continue as the Democratic Party’s leader in the House of Representatives, has been a great legislator. You’d have to be to last for 19 years at the top of the Democratic legislative greasy pole.

That doesn’t mean she has been a great font of ideas, a great visionary, or a great leader of the American people. She has been none of those things.

Her own contributions to this country on matters of policy, rather than shepherding or opposing bills in the House, have been negligible. She was impotent when it came to dealing with an anti-Semitic outbreak in her caucus in 2019, for example.

And she descended into childishness to match her target’s behavior when she ripped up Donald Trump’s State of the Union speech as she sat behind him in 2020. But fair is fair. She has proved herself a political technician of immense skill. And if you like the game of politics, you have to enjoy someone who plays it masterfully even if she’s on a team you dislike.

She has also benefited from a sea change in American politics that began with the rise of Republican Newt Gingrich to the speakership of the House in 1994, seven years after Pelosi entered Congress.

Gingrich helped nationalize the politics of the House, which had been consciously designed by the Founders to represent local interests. What a New York district might need from the federal government is wildly different from what an Oklahoma district might need, and so their representatives were supposed to contest for dollars and rules.

Technological and social developments in the United States changed that in the 1990s. Gingrich united a newly energetic Republican Party around a set of issues and ran on them nationwide. Gingrich proved too incompetent to make real use of his nationalized politics.

It was Pelosi, who became speaker 12 years later, who figured out how to herd the House’s cats and make the body into a weapon for progressivism. In 2009 and 2010, Pelosi forcefully subordinated the individual interests of her party’s members to the national interest of the Obama administration and prevailed upon Democrats in conservative districts to vote for ruinously expensive and statist regulations.

Her imperious success proved a Pyrrhic victory. She lost her speakership. Republicans picked those Democrats who should have voted against Pelosi’s and Obama’s wish-list laws, took 63 seats and the House majority, and blocked Obama’s legislative agenda for the next six years.

Then Donald Trump’s mishandling of his legislative agenda (among other things) helped sweep Pelosi’s party back into power in the 2018 midterms.

And when Joe Biden became president — after Trump screwed things up again for Republicans by helping Democrats win the Senate in the Georgia runoffs in 2020 — she painted her masterpiece. With an incredibly scant majority in the House, she managed to help Biden secure around $5 trillion in new spending in just 20 months’ time.

And, in large measure due to the midterm electorate’s allergy to Trump’s effect on the GOP (are you seeing a trend here?), the cost to her party was nowhere near what even she expected it would be. But they did lose the majority. Pelosi knows better than anyone that being the minority leader is no fun, and so she has stepped down to let a “new generation” of Democrats take charge — and suffer.