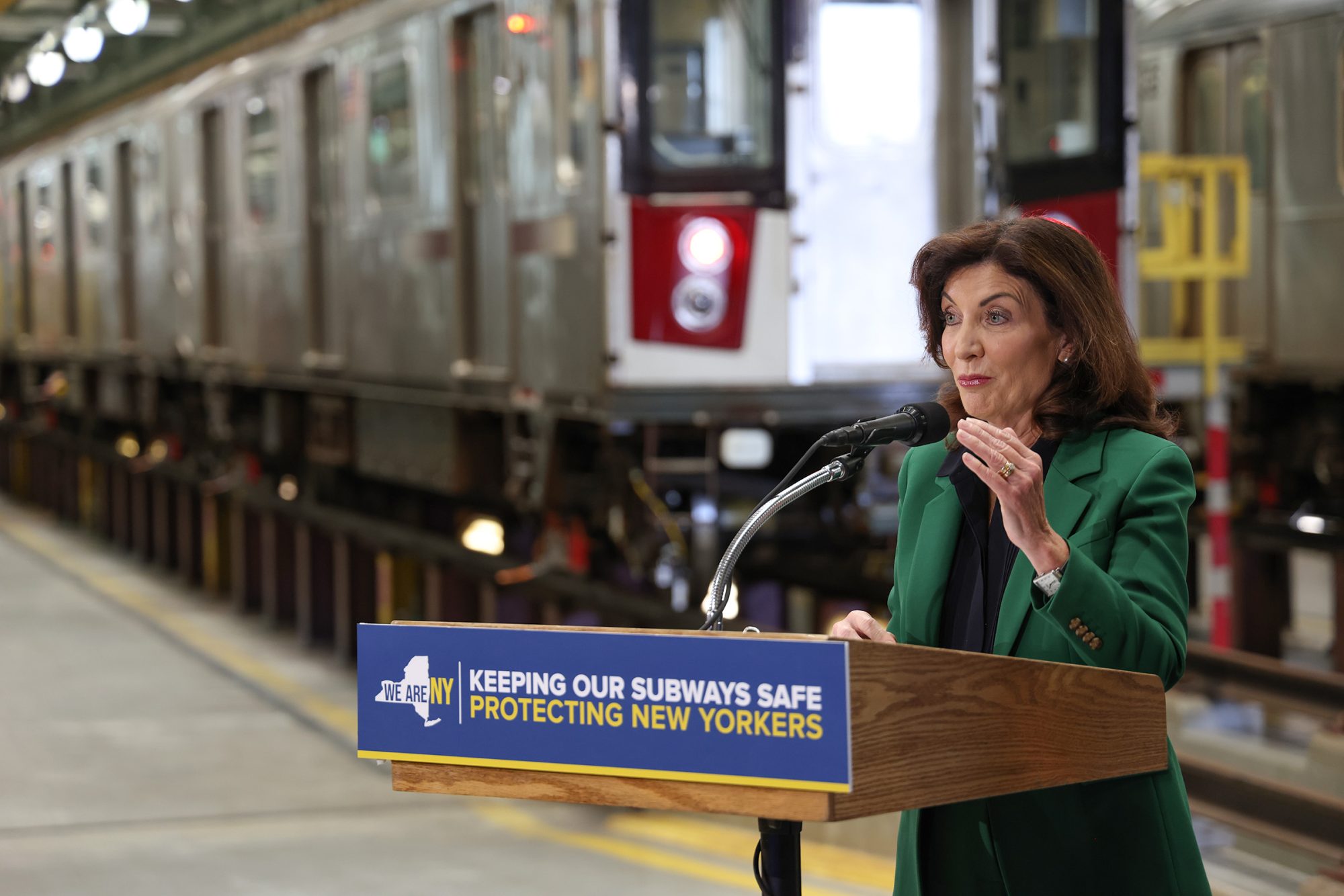 Subway cams are such a no-brainer that even Gov. Kathy Hochul, normally so hesitant to offend the pro-criminal left, is on board. But of course the New York Civil Liberties Union still squawks.

Embedding 13,000 new surveillance cameras on MTA subway cars (too bad it’ll take three years) can only help lure back crime-conscious straphangers. And the $3.5 million cost (plus $2 million that the feds will cover) is a drop in the sea of red ink that is MTA’s budget.

Stats show subway riders are more likely to experience crime now than pre-pandemic; the cameras will help turn that around, even if only because they increase ridership — which all by itself reduces crime.

Too bad Hochul invoked “Big Brother” in announcing the move. Cue the anti-surveillance naysayers to pipe up.

The NYCLU whined that the city already holds “tens of thousands surveillance cameras and there’s no evidence this massive expansion of subway cameras will improve safety.” Then it tweeted: “Real public safety comes from investing in our communities, not from omnipresent government surveillance.”

Cranky technophobe Albert Fox Cahn slammed “surveillance theater” that puts New Yorkers at risk and is “ripe for abuse by the NYPD,” fuming, “We deserve better than digital stop and frisk.”

Come on: No one has a right to privacy in public. Videocams (including the private ones that are everywhere) are a basic modern safety measure. And subway ridership still down 40% is a huge threat to the MTA’s solvency — and thus to the city’s survival.

Now, if only Hochul would dare to stand up against the extremists on other no-brainers, starting with demanding real fixes to the no-bail law.

Who can deny a happy hour with Zac Efron and Russell Crowe?