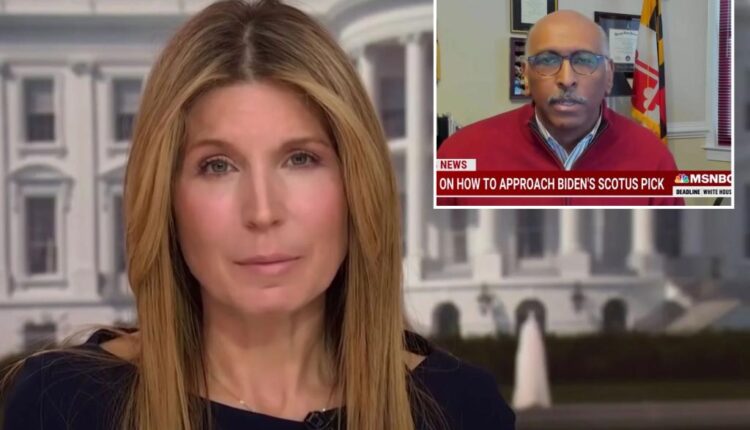 If you thought left-wing media outlets were merely biased against Republicans, think again. MSNBC is openly spewing dangerous propaganda on its airwaves and trafficking hate against MAGA voters with no pushback from its hosts or executive brass.

During a recent TV appearance on MSNBC’s “Deadline: White House” show with host Nicolle Wallace, former Republican National Committee Chairman Michael Steele, a RINO (Republican In Name Only) political analyst with the network, compared MAGA Republicans to “lice,” “fleas” and “blood-sucking ticks” whom potential GOP House speaker, Kevin McCarthy (R-Calif.), would have to “lay down with” should conservatives win the majority in the upcoming midterm elections.

“Kevin McCarthy has not learned from the history of three prior Republican speakers of the House who’ve all been thrown out by their Republican caucus. Stop and think about that — what Republicans have done to themselves going back to Newt Gingrich, John Boehner and Paul Ryan, right?” Steele said.

“So McCarthy is now next in line with a base that is prepared to throw him out should they allow him to be speaker,” he added. “Kevin has decided to make his bed and is prepared to lie down with the lice, the fleas and the blood-sucking ticks.”

“And whatever befalls him is going to come from that relationship — and unfortunately for the country, we’re going to have to bear the brunt of it,” he said on TV.

Shockingly, a political analyst on a prominent cable-news outlet was permitted by the network and its MAGA-loathing host, Nicolle Wallace, to dehumanize millions of Donald Trump-aligned conservatives by comparing fellow Americans to parasites for simply having different political views from Democrats in power and RINOs who support them.

Knowing full well the dangers that despicably inflammatory rhetoric can have, Wallace, a former White House communications director for George W. Bush, didn’t push back or disagree with her guest spewing hate on her show. Nor did the network intervene. As of Wednesday afternoon, not one of Steele, Wallace, MSNBC President Rashida Jones or the network has issued a public apology on Twitter or its site.

The radio silence speaks for itself.

If history has taught us anything, Americans — no matter your race, religion or political affiliation — should never demean or dehumanize others to score cheap political points or advance an agenda. We can all have issues we’re passionate about, but there’s never a justification for comparing fellow human beings to insects; I don’t care how you vote.

We can possess different viewpoints and debate policy disagreements, but when you echo similar talking points to Adolf Hitler, you’ve lost the argument — and the right to be on TV — especially in an age of supposed “diversity” and “inclusivity” for all.

Is it really that hard for the folks at MSNBC to engage in civilized discussions where we treat those with opposing political viewpoints with respect?

Bottom line: No one has a monopoly on smart. There are smart and not-so-smart people on both sides of the aisle. America would be a much better country if we all acknowledged that reality and stopped the extremely divisive rhetoric tearing our country apart.