‘Mr. Do Nothing’ Eric Adams deserves credit for taking on NYC rats 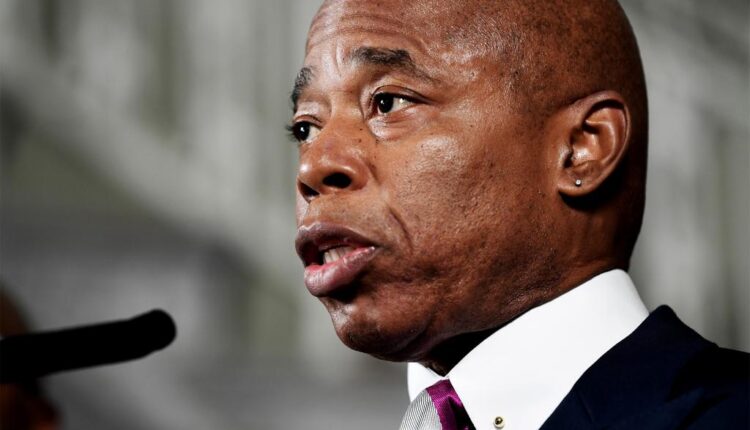 Another drama. A crateload of New Yorkers speak smack about Eric Adams. But Mr. Do Nothing finally got off his overdressed ass and did something.

Started a fight against NYC’s newest resident — rats. The four-legged kind that’s taken over our streets. We’re grateful. While getting a fitting he’ll maybe think how to handle those two-legged ones that are taking out our lives.

Packing all they had, the Pilgrims arrived with furniture, linens, dishes, spoons, knives — forks were not yet in England. Food was stabbed. Eaten with hands. Large napkins cleaned the fingers. Flints beaten against metal produced sparks for a fire.

Winter was harsh. Within three months half the people were gone.

The Mayflower, taking 13 feet of water, stayed 1 ¹/₂ miles out at sea. Men came in daily on a small boat. December they began building houses. Seven. Plus one street. Native American Wampanoag, living 12 feet away on the other side of a brook, made a peace treaty with the arrivals. Pre-literate, no written language until the 1660s, their pact remained just by being with those with whom they’d agreed.

Now, the holiday locally. Can’t nobody get into NYC unless you were born here.

Lanes closed. Only one’s open. Trucks overturned. To approach the city it’s three hours from anyplace. Guys chatting are leaning on shovels. Sometimes only one’s there. The only thing visible are signs saying the lane is closed.

What this city needs is somebody to run it.

Man with a plan

I spoke with Donald. He seemed very up. Says he’s getting enough rest. His voice strong, not tired. His interest was in how his announcement had been received.

Foodies say McDonald’s is scratching around to create a new healthier menu. They figured to do something after a customer ordered a double Big Mac with supersize fries, ketchup plus ribs washed down with a double chocolate shake — and his gallbladder got up and walked out.