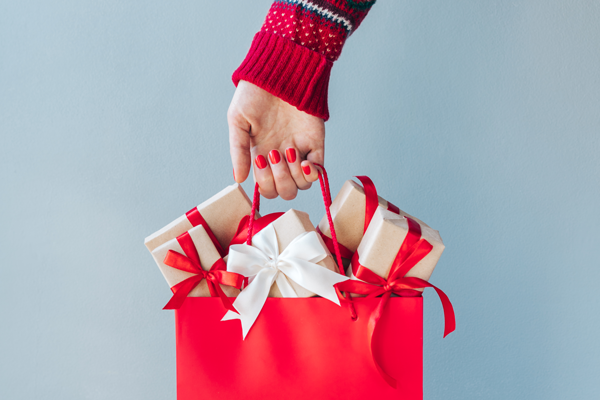 Few things are as predictable – and non-negotiable – as holiday gift-giving. Whether the economy is rolling or roiling, consumers still find a way to dig deep to give retail expressions of love and caring to those in their orbit.

Analysts predict that U.S. holiday retail sales will approach $1.30 trillion (up from $1.21 trillion in 2021) – indicating that holiday sales have not only rebounded from the 2020 pandemic, but show no signs of slowing down.

As consumers set aside fears of a possible recession and shell out their precious bucks in the face of burgeoning inflation, we can already see the emergence of some key trends in this unprecedented marketplace.

We talked to Zimmerman’s trend-spotting retail team to fill us in on the most relevant holiday trends of 2022: More than anything, people want a good price, but also something that has value, quality, and is worth the money.

“People are going to spend less money, but spend it on what’s important to them,” said Monai Vano, SVP & Group Account Director. “It’s a hard time for everyone, and the market has caused the consumer to be value-driven. People cannot go out this holiday season and spend like they have in the past.”

A study released by McKinsey last month found that nearly half of respondents said they would switch stores if they found a better price elsewhere.

“I think credit cards will be maxed out as people go value shopping and purchase from brands that are value driven,” added Jordan Zimmerman, Chairman and Founder of Zimmerman Advertising. Even Mariah Carey has hopped on the “early-Christmas” trend – and as you walked through the big-box stores this summer, your eyes were not betraying you. Wal-Mart had tinsel in July, Target set out its Christmas toy display in August, and Costco was displaying its fully-flocked pre-lit trees before Labor Day.

“I think we’ve always started to talk about Christmas suddenly – but it’s taken more of a front seat this year,” said Stepahnie Loy, VP & Group Account Director. “No one wants to be left behind on the charge to have those holiday deals, so I think the messaging has been much more prominent this year in an effort to keep up.”

According to the Holiday Shopping Predictions Report from global influencer marketing platform LTK, almost half of shoppers started buying their 2022 gifts in September and early October, and 36 percent say they plan to shop even earlier this year than last year.  Thus, brands have had to accelerate their promotions and marketing campaigns to keep apace.

As an example, retailer Five Below kicked off its early holiday shopping period with a trademarked name – Gifttober – to create a new mindset around the 10th month of the year.

“I think that it’s definitely an indirect answer to consumers shopping early and other retailers like Amazon having their Prime Day and Target deals – it’s an answer to all of that. People are also wanting to spread the dollars over a longer period of time,” she adds. Given the competition for retailers to jump on the early holiday bandwagon, shoppers, too, are starting earlier to elbow to the front of the line as well. Competing to get desired products at the best price has become a months-long sport.

Laura Rush, Walmart’s SVP of Electronics, Toys, and Seasonal, shared in an interview with Glossy that Walmart customers started their shopping research in October. And, Conveo, an AI-powered relevance platform, said in a recent report that 45 percent of its survey respondents will start shopping earlier than usual to find deals and discounts, given the rising cost and dwindling availability of goods.

Of course, this doesn’t foretell an early conclusion for the Holiday Retail Olympics. Trends indicate that the deals will continue through – and beyond – the holiday season.

“Though deals are starting early, they will continue throughout the year because people are trying to budget their purchases so they are not getting them all at the last minute,” Vano said.

This represents a double-edged sword for retailers, who will need to project a sense of value throughout the year or risk having their loyal shoppers vote with their feet.

“A good deal will trump loyalty,” said Vano. “People are going to start to look to places they may not have shopped previously for a better experience.

“People got used to online shopping during COVID where they received instant gratification from quick check out experiences, free shipping, and the many perks of shopping from home,” added Vano.

Thus, delivering value, a great experience for the consumer, an amazing deal, and earlier-than-ever marketing, will set retailers apart from competitors this season, and in future holiday seasons. Companies should consider the long-term impact of appealing to their consumers, increasing appeal, and creating a next-level experience that will keep shoppers coming back not just through the most joyous time of year, but all-year-round.

Apple TV Beginner’s guide: How to set up and get started with the streaming box