More disinfo from ex-Disinfo Board head and more 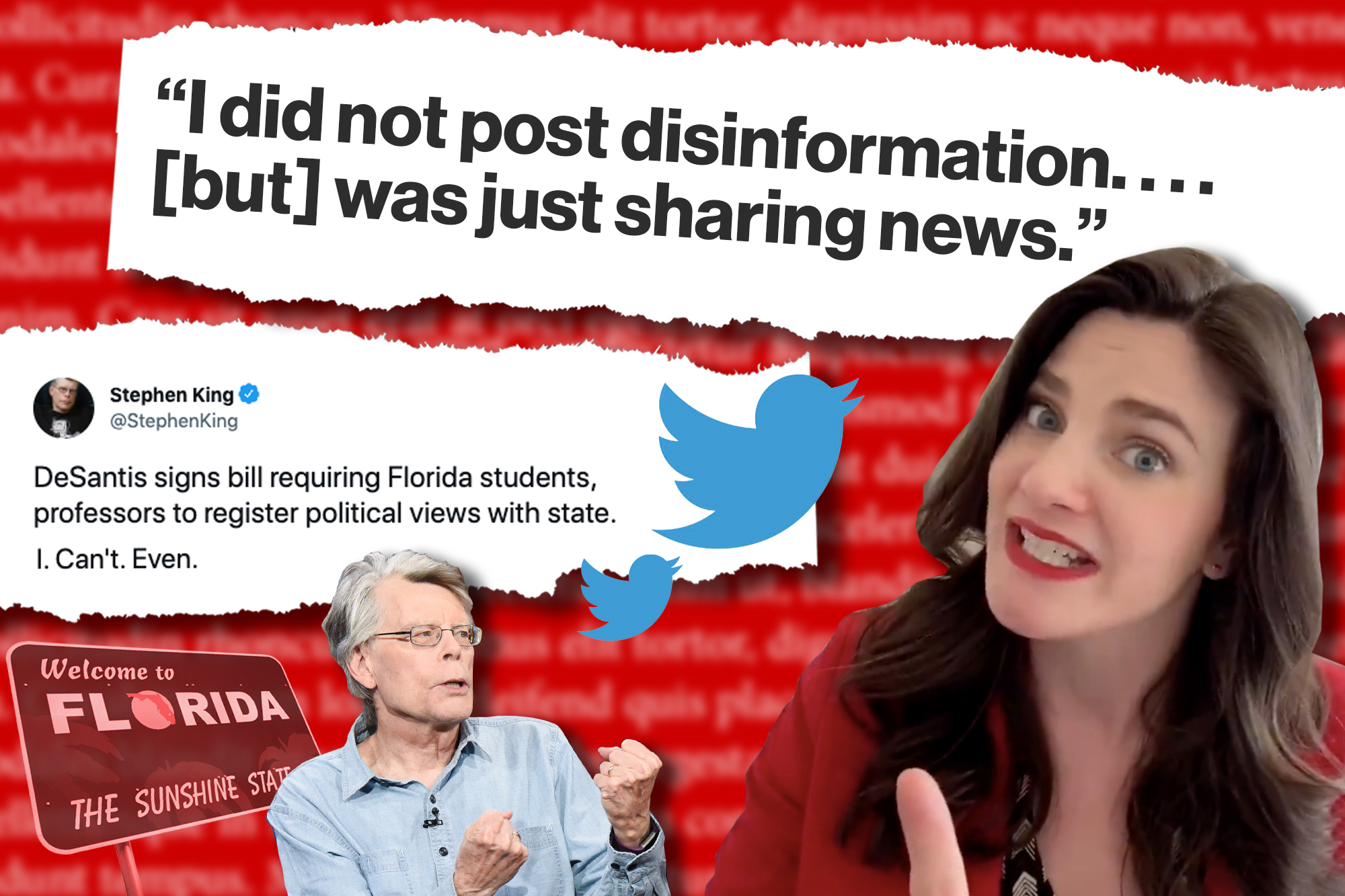 We say: Ha! Jankowicz, who briefly served as head of Homeland Security’s since-scrapped Disinformation Board, is still spreading disinfo — this time about the disinfo she spread earlier. Such as: when she called The Post’s reporting on Hunter Biden’s laptop, which major outlets have now confirmed, “a fairy tale” and when she pushed ludicrous hoaxes about Trump-Russia collusion. America sure dodged a bullet when that board was disbanded.

We say: Horror-story writer Stephen King might’ve just been trying to give folks a good scare by citing the headline of a 2021 Salon story that falsely tarred Florida Gov. Ron DeSantis — even after fact-checkers like Snopes debunked it. Other DeSantis haters, like the Lincoln Project, MSNBC’s Claire McCaskill, Obama staffer Jon Cooper and MeidasTouch, repeated similar false claims. Salon eventually changed the headline and King deleted his tweet. But how long until they post their next whoppers?

We say: So much for predictions by White House Chief of Staff Ron Klain and the feds. Inflation’s now roaring at 9.1%, the Labor Department reported Wednesday.

We say: Washington Post reporter Jeff Stein, who’s written about a potential White House deal to get Sen. Joe Manchin’s support for climate-change legislation, clearly wants to see the deal go through — and isn’t afraid to resort to climate alarmism to advance it. Yet how can anyone trust anything Stein (or The Washington Post) writes when he’s so clearly biased?