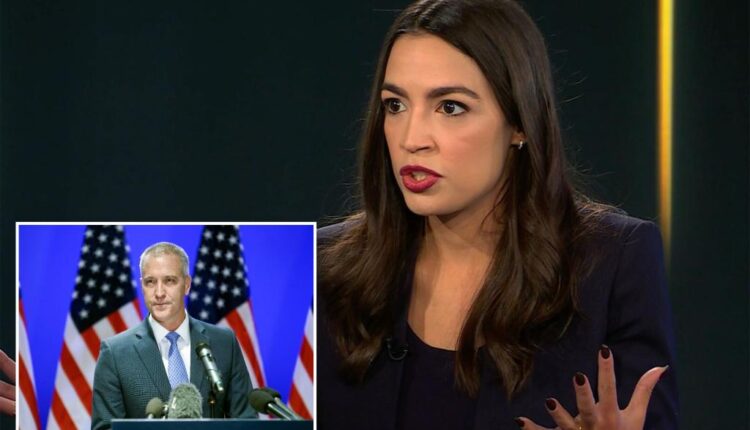 Rep. Alexandria Ocasio-Cortez was quick to opine on what the New York Democratic Party should do in the wake of the midterm losses in New York. In response, her fellow Democrat Rep. Sean Patrick Maloney didn’t mince words: “I didn’t see her one minute of these midterms helping our House majority. So, I’m not sure what kind of advice she has, but I’m sure she’ll be generous with it,” he told The New York Times. Ouch.

AOC was MIA. Again. It’s no surprise. She’s usually MIA and I said so two years ago when I ran against her in the Democratic Primary in the spring of 2020.

It was the height of COVID. Her district was the epicenter of the epicenter. Where was she? In her luxury apartment in DC, doing something new at the time, “Zooms,” in which she pretended to be in the Bronx.

Not until this newspaper called her out did she schlep home to the Bronx in the middle of the night, hoping no one would notice … really?

Have you seen her constituent services office in the Bronx? No? It’s hard to find. And when you do, you’ll see she hasn’t spent a dime on it. But no matter — no one expects her to help with much because she’s never there.

Earlier this year, even her fellow progressive state Sen. Jessica Ramos called AOC out on Twitter for being MIA, saying, “Maybe if you spent more time in your office with your team, you’d know what goes on. Just saying it would be nice if you breathed our air.”

AOC does raise money, but you wouldn’t know it based on what else Maloney had to say about her: “She had almost nothing to do with what turned out to be a historic defense of our majority. Didn’t pay a dollar of dues. Didn’t do anything for our frontline candidates except give them money when they didn’t want it from her.”

Why wouldn’t some candidates want money from AOC? Because her “Defund the Police” mantra is poison to moderate Democrats.

National political pundits wonder why New York Democrats fared much worse than Democrats in other parts of the country. It’s because “Defund the Police” started here, and it started with her. And with crime on the rise, suburban voters blame her, and by extension the rest of us in the Democratic Party.

That’s why Gov. Kathy Hochul didn’t campaign with AOC until the very last day. That’s why attack ads against candidates such as Rep. Pat Ryan tried to link him with AOC.

But Ryan, a West Point graduate and Iraq combat veteran, actually increased police funding when he was Ulster Country Executive. In an MSNBC interview, Ryan said this was a reason he was the one and only New York Democrat in a tight race to eke out a win.

When I was running against her in the Democratic primary in spring 2020, AOC couldn’t say “Defund the Police” enough. I’m a moderate Democrat, and I couldn’t stand the phrase.

In our NY1 debate before the primary, anchor Errol Louis asked us in a lightning round, “Defund the Police. Yes or no?” “Yes,” she said with glee. “No,” I answered. When the debate ended, my team told me that I had probably lost the primary as a result. “Well,” I told them, “I need to sleep at night.”

I did lose, but I don’t lose sleep.

It’s doubtful AOC will get the message that Maloney was trumpeting loud and clear: “There are other voices who should be heard, especially when suburban voters have clearly rejected the ideas that she’s most associated with, from defunding the police on down.” She’s already “clapped back” at him. On Twitter. Where else?

Maloney’s last quote to the Times: “When it comes to passing our agenda through the Congress, or standing our ground on the political battlefield, she was nowhere to be found.”