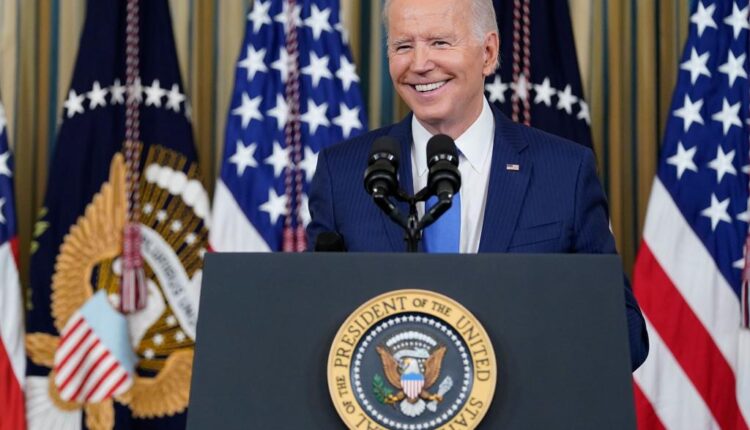 The midterm elections proved captivating as one followed races district by district throughout the night. The true winners and losers, however, go beyond the individual officeholders.

Legally, there are both individuals and institutions that could see significant changes with the new division of power in Washington. While the White House was reportedly “giddy and gleeful” with the results, Democrats likely lost the House and could still lose the Senate.

Despite the rivaling predictions of red waves and blue walls, the night showed what was always abundantly clear: We are still a deeply divided country. Congress will reflect that division in terms of power distribution — and that may be a good thing.

Constitutionalism: The last two years have seen frontal assaults on constitutional values ranging from separation of powers to free speech. Democrats applauded, for example, as President Joe Biden unilaterally waived roughly $500 billion in loans owed to the American people. While courts repeatedly found Biden to have violated the Constitution, Congress remained conspicuously silent even as it joined the president in declaring Republicans threats to the Constitution.

In an August New York Times column, “The Constitution Is Broken and Should Not Be Reclaimed,” law professors Ryan D. Doerfler of Harvard and Samuel Moyn of Yale called for our founding charter to be “radically altered” to “reclaim America from constitutionalism.” It’s safe to say voters effectively reclaimed constitutionalism from such extremist voices.

Once again, voters preferred divided government with a Congress willing and able to challenge a president rather than remain a pure pedestrian in the exercise of governance. There’s now a moving part in Congress that’s been dormant for two years. As those institutional gears engage, checks and balances will again force greater accountability and exposure in the constitutional system.

The Supreme Court: For two years, the left has targeted the nation’s highest court with calls for packing it. Polls have long showed this movement was contained almost entirely within the far left. Yet attacking the court and its justices was an article of faith for many Democrats, including Sen. Elizabeth Warren, who called for raw court packing. While the attacks are likely to continue, the shift in Congress will put an end to such radical proposals.

The media: Outlets, in framing the election, consistently echoed Democrats’ narratives — yet failed to deliver them victory. The media now face the prospect of inquiries that could further erode voter trust. Congressional investigations will likely drill down on the Hunter Biden influence-peddling scandal. The media played an active role in burying that scandal and will face questions of how they could turn a blind eye to globe-spanning corruption that involved millions of dollars from foreign political and intelligence figures. They may also see an investigation into backchannels political and government officials used to enlist surrogates in the media and social media for censorship.

The Bidens: The election’s biggest loser could be the Biden family. After successfully avoiding any media or congressional scrutiny of their alleged influence peddling, time is up for the Bidens. Despite Attorney General Merrick Garland’s refusal to appoint a special counsel, they will face investigations launched with the full authority of the Oversight Committee. Garland will also confront demands to show the same aggressive prosecution of contempt of Congress when Biden associates are the subject of such referrals.

All this will add to whatever emerges from Delaware in the long-standing investigation of tax and other allegations against Hunter Biden. With the midterms over, the Justice Department will no longer be bound to avoid filings that might influence the election. Hunter could easily find himself under indictment as Congress ramps up a broad investigation into his foreign dealings.

There is one group that could be included on lists of both winners and losers: moderates. President Donald Trump pushed candidates that struggled or failed with voters who viewed them as too extreme. For moderates in the Democratic Party, the flipping of long-blue districts and other close races are evidence of a shift in independents and groups like Hispanics away from far-left policies.

The problem is that so few true moderates remain in Congress. The result is that while the country remains moderate, Congress will again not reflect that broad center.

The next two years will be anything but predictable. James Madison believed that if you want good government, “ambition must be made to counteract ambition.” If that’s true, the good news is there will be no shortage of ambition in the days ahead. But before the White House gets too “giddy” after losing one or both houses of Congress, it should contemplate the prospect of a house of Congress with very different ambitions from those of the president.