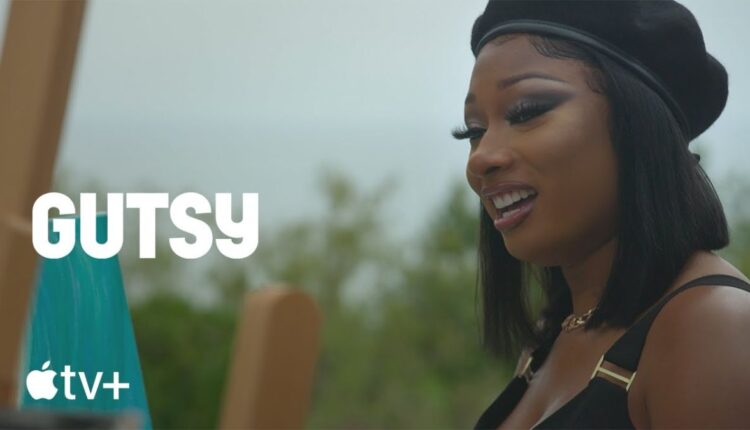 Gutsy might already be streaming but not everything can be found on Apple TV+.

Gutsy, the new docuseries hosted by Hillary and Chelsea Clinton, is now streaming on Apple TV+. In addition to the series being available on the company’s streaming service, Apple has also released an interview with Megan Thee Stallion in which they talk about how she “stays savage.” You can watch the video on YouTube below:

What is Gutsy about?

Gutsy, a new documentary series from Hillary Clinton and Chelsea Clinton, debuted earlier this month. The series, which is based on their New York Times bestselling book “The Book of Gutsy Women,” (opens in new tab) follows the mother/daughter pair through a “thought-provoking journey to speak with pioneering women artists, activists, community leaders and everyday heroes.”

The docuseries features Hillary and Chelsea as they embark on a thought-provoking journey to speak with pioneering women artists, activists, community leaders and everyday heroes who show us what it truly means to be gutsy.

Joining the Clintons are some of their personal heroes: extraordinary, courageous and resilient women who have made an impact in their community and on the world, including Glennon Doyle, Dr. Jane Goodall, Mariska Hargitay, Goldie Hawn, Kate Hudson, Kim Kardashian, Megan Thee Stallion, Amber Ruffin, Amy Schumer, Gloria Steinem, Wanda Sykes, Symone (aka Reggie Gavin), Abby Wambach, Natalie Wynn (aka ContraPoints) and many more.

If you haven’t seen the official trailer for the new series, you can check it out on YouTube below:

Gutsy is streaming now on Apple TV+. If you want to enjoy the movie in the best quality possible, check out our review of the Apple TV 4K and our list of the Best TVs for Apple TV 2022.