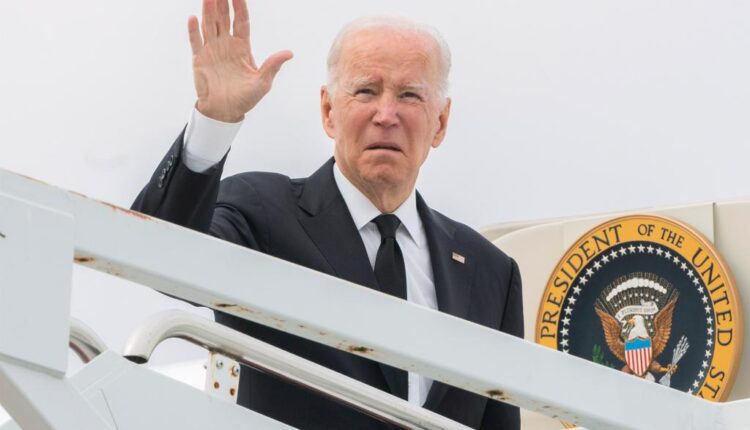 The latest front in the Biden administration’s crusade to bypass the congressional appropriations process and expand the welfare state comes in the form of the medicalization of everyday life through Medicaid coverage of “health-related social needs.”

CMS Administrator Chiquita Brooks-LaSure argues such measures are needed “to address the root social causes of health concerns, like lack of access to nutritious food and housing insecurity.”

This is an unnecessary and potentially enormous expansion of Medicaid, the government-funded health program for low-income families, children and the disabled — and, in Medicaid expansion states, low-income adults. Medicaid covers roughly one in four Americans. It is financed partly by the federal government (about two-thirds on average) and partly by the individual states. States have leeway in spending their portion, but strict rules limit how they can use the federal chunk.

Before these recent approvals, adding nonmedical services to the program could have been considered fraud, waste and abuse. But section 1115 waivers allow state Medicaid programs to create demonstration projects that use federal Medicaid and Children’s Health Insurance Program funds in ways federal rules would not otherwise permit.

Of course, once Medicaid spending can be used for housing and food, there’s no logical stopping point. Clothing, heating fuel, gasoline, phones and computers could all arguably be linked to Medicaid recipients’ health and well-being.

And since states pay on average only one-third of the cost, they have a tremendous incentive to include all kinds of good and services, particularly ones previously provided with state-only dollars, under the Medicaid umbrella. Expect a slew of waiver applications with an ever-expanding list of health-related “social needs” to cover.

Section 1115 waivers are supposed to be budget neutral, meaning federal spending under the waiver cannot exceed what it would have been without the waiver. But, as the Government Accountability Office has noted, CMS budget-neutrality determinations are lax, “lack transparency” and often increase federal financial liability. And new, more flexible CMS policies allow purported savings from previous waiver cycles to offset federal spending for new waivers.

Indeed, Medicaid has been on GAO’s “list of high-risk programs” since 2003, “in part because of concerns about inadequate fiscal oversight, including oversight of section 1115 demonstrations.”

Team Biden is not stopping with Medicaid either. CMS’s Center for Medicare and Medicaid Innovation announced it’s developing Medicare Advantage models that address the social determinants of health by providing supplemental benefits such as nonmedical transport, meal delivery and rental support to some 3.7 million “underserved” MA enrollees.

It’s also testing a Health-Related Social Needs Screening Tool for Medicare and Medicaid beneficiaries. The agency claims — without any sense of irony — that clinicians can “easily” use the eight-page, 26-question tool “as part of their busy clinical workflows with people of all different ages, backgrounds, and settings” to “inform patients’ treatment plans and make referrals to community services.”

Expanding the definition of government-funded health care is consistent with other administration actions to expand the welfare state. It has repeatedly extended the public-health emergency — an emergency President Joe Biden acknowledged is over — which prohibits states from removing an estimated 16 million ineligible beneficiaries from the Medicaid rolls. Now these beneficiaries can look forward to nonmedical benefits too.

Taxpayers should ask their elected officials why Medicaid is paying for housing, food, air conditioners and other nonmedical services. Other public-welfare programs with large federal funding streams already address these areas, and most Medicaid recipients already receive benefits from these programs.

And Congress should ask why the administration is unilaterally subverting a medical-welfare program to cover nonmedical services that Congress has already funded. Expanding Medicaid to cover health-related social needs is a bad policy, and it’s one that Congress, not executive-branch bureaucrats, should decide.