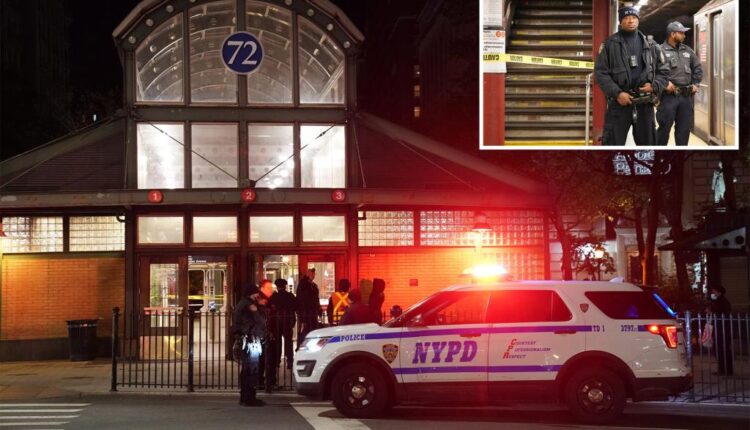 In voting for governor, New Yorkers were clear: They want a safer city, but they’re not panicked enough to vote for a Republican. That’s fair — but Democrats and their enablers are responding with gibberish.

We know why GOP gubernatorial candidate Lee Zeldin got 30.3% of the vote in a city where only 10% of voters are Republican. This Gotham showing helped Zeldin garner 47.1% of the state vote, when the 2018 GOP candidate got just 36.2%.

The answer is crime: 28% of likely voters said crime was their most “urgent” issue, ahead of any other.

Easy, then: Newly re-elected Democrats should focus on cutting crime. Instead, they’re settling on a different “solution”: The problem isn’t crime — but that the public knows too much about crime.

“All the suburbs,” Democratic consultant Mike Morey told the outlet, “they’re reading the tabloids, and they’re seeing these really high-profile incidents of someone getting pushed in front of a subway, a shooting, a stabbing, and there is somehow a fear that this could happen in their front yard.”

“The coverage of crime hasn’t always been commensurate with how much crime is actually happening,” an official at the left-wing Working Families Party said.

“Coverage of crime has outpaced its rise,” Politico reporters explain. “New York news outlets have run 58,131 stories about crime so far this year. . . . There were just 28,638 for the period in 2020.” Or as NY1 anchor Errol Louis wrote for New York magazine, the election represented “the resounding electoral defeat of Zeldin’s much-hyped claim that crime is raging out of control.”

According to this take, the problem is that people in the New York suburbs read the city papers — particularly this paper.

So area voters were tricked into voting GOP in greater numbers, even as national voters mostly stuck with Democrats.

Let’s start with the idea that people in the suburbs are being gulled into worrying about urban crime that doesn’t affect them. For nearly 30 years up until 2020, people who live east or north of the city could confidently send their teenage kids, their spouses, their elderly parents or themselves on the train into the city, to see a play, go to the doctor, go shopping or go nightclubbing, with decreasing cause to worry.

With felonies up 32.3% relative to 2019, and still surging, and murders still up 26% since then, despite Adams-era declines from last year’s peaks, suburbanites can’t do that anymore.

As for the “blood and guts” stories scaring the suburbanites: Which stories shouldn’t news outlets cover?

The four subway murders in less than three weeks — something not seen since the early 1990s? The serial rapist who attacked a tourist on the Hudson River promenade? The robbery-murder gang targeting gay men partying on Manhattan’s west side, killing two? And just this weekend, multiple shootings in Chelsea, including one killing?

In a context of double-digit crime increases, reporting on specific crimes that make up the statistics is only, well, reporting the news.

What about the idea that the number of news stories is out of proportion?

We only have one war in Ukraine: Has the press only written one news story about the war? Sept. 11 only happened once; would we expect just one short story drily informing people about the attacks? Anything more is sensationalism!

News coverage also proliferates because of differences in that coverage — and that’s a good thing. People can make up their own minds. If you want to read that subway crime is “low,” notwithstanding the six-fold increase in murders, you can read the Times or Twitter.

As for why New Yorkers care more than nationwide voters about crime, even though crime has gone up nationwide — and when our crime rate is still much lower than the nationwide rate?

How do you think New York’s crime rate got so low in the first place?

New Yorkers demonstrated in their 1993 election of Mayor Rudy Giuliani and their 1994 election of Gov. George Pataki that they were so fed up with decades of urban chaos that they would have near-zero tolerance for violent crime going forward.

This preference isn’t irrational. Crime reverberates more in a dense city and its surrounding suburbs. When someone randomly stabs a passenger on a subway car, he traumatizes not only the victim but dozens of witnesses from around the region.

If people don’t like the news, that means they don’t like . . . what’s actually happening. That’s what the freshly elected governor should be worried about.