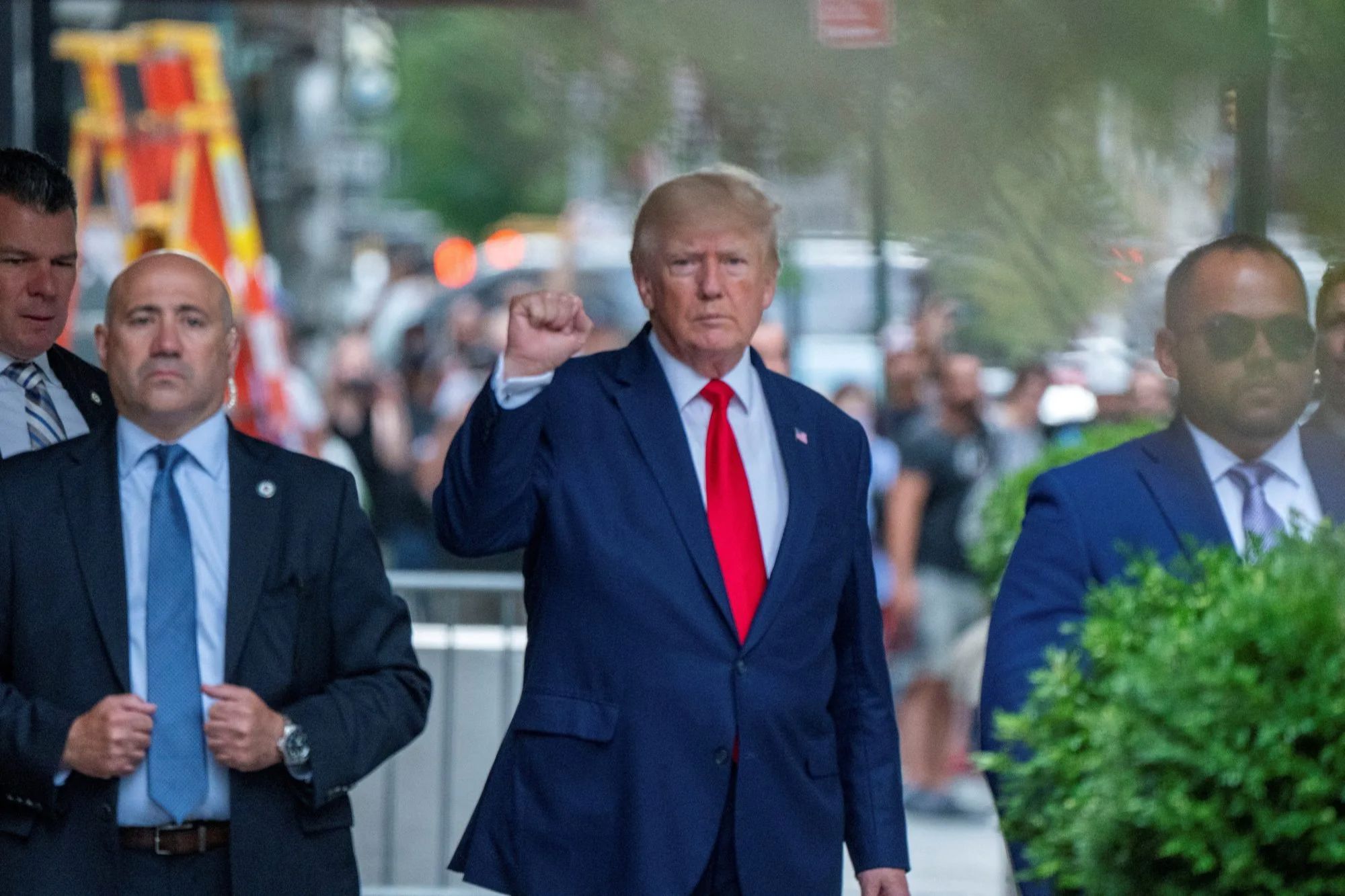 Here we go again: In the wake of the FBI raid on ex-President Donald Trump’s Mar-a-Lago home, The Washington Post and New York Times are running breathless, anonymously sourced stories suggesting “grave” Trump misdeeds. Have they learned nothing about crying wolf?

“Classified documents relating to nuclear weapons were among the items FBI agents sought” in the raid, the WaPo reported, revealing nothing about the biases of its unnamed sources who have full license to distort or even lie — as similar anonymous sources did for years during the “Russiagate” fiasco.

Of course, we don’t yet know what was in the documents and it may well turn out to be damning of Trump.

But notably, none of the sources offered details about the supposed “nuclear” material. But the paper ominously quoted one former Justice Department official speculating that the info might “cause grave harm to US security.”

A Times story, also based on anonymous sources, claims a Trump lawyer asserted in June that all classified material had been returned, yet the raid turned up more secret documents — suggesting Trump wasn’t “fully forthcoming” with investigators. But the ex-prez maintains that, before stepping down, he declassified everything sent to Mar-a-Lago.

It also says some (again, unnamed) person “close” to Trump “reached out” to Justice with a message for Attorney General Merrick Garland from the ex-prez: “The country is on fire. What can I do to reduce the heat?” That might show Trump aiming to cooperate with authorities — or might be second-hand fiction.

These outlets have learned nothing from Russiagate. Back then, they put every over-the-top adjective on the actions of people like Carter Page, then quoted anonymous, biased sources to fuel a “narrative” that Trump was compromised by Vladimir Putin.

One Washington Post article noted, breathlessly, that Trump officials were communicating with their Russian counterparts between the 2016 election and Trump taking office. The article said “some” people thought this was “inappropriate and possibly illegal.” Except then it quotes Obama’s former ambassador to Russia saying he did the exact same thing!

Of course, these articles — for which the Times and Washington Post won a Pulitzer, amazingly — added up to a hill of beans. All the innuendo and nameless suggestions that something more nefarious was going on behind the scenes came to naught.

Set aside the damage this has done to journalism. Even Democrats at this point must be reading the Post’s nuclear “scoop” with the nagging worry that the documents say nothing of the sort.

The unprecedented raid necessitates unprecedented measures. Garland should not hide behind the investigation and authorize the release of the affidavit that was presented to the judge authorizing the raid. Or at least his department should state on the record which if any of these stories have substantive truth.

If it turns out the “nuclear documents” are low-level discussions about common knowledge or are obviously inconsequential whatever their “classification,” all the Post has done is turn Trump into a martyr — by, again, quoting anonymous sources with a political agenda.

Media is back to anonymous, one-source stories on Trump