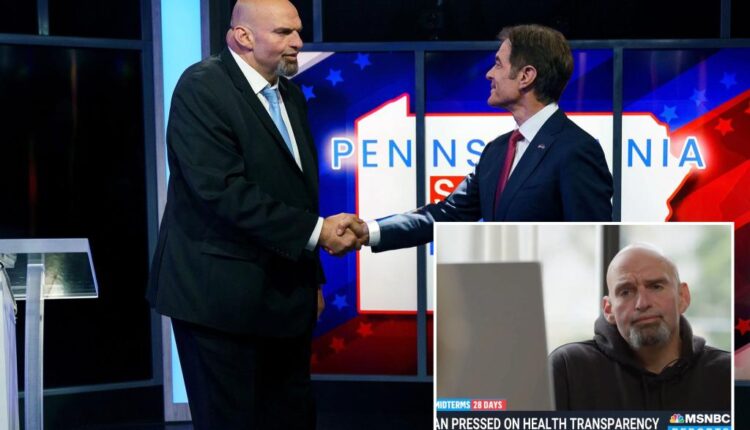 “Why the hell did Fetterman agree to this?” a Democratic lawmaker backer told Axios. It would have been better to dodge the debate, the source argued.

THAT’S the lesson of all this?

Just when you think the Democratic Party cannot hit new lows, here comes a maneuver that would make Machiavelli blush. They actively covered up the disqualifying medical impairment of stroke victim John Fetterman to get him into the senate. The one and only debate with Dr. Mehmet Oz Tuesday night revealed the truth.

But they’re not ashamed that Fetterman is unfit for office. They’re mad they got caught.

So long as he’s a liberal, who cares about his mental state?

It’s obvious now that Rebecca Traister, the New York magazine reporter who gave Fetterman a long, forgiving “interview” — and who criticized Burns for her comments — was the one lying.

Even now, when Fetterman should in good conscience drop out of the race, pundits are scrambling to try to salvage his candidacy.

To what end? If Fetterman is elected, will he get closed captioning for top-secret briefing and meetings with foreign heads of state? Did the stroke affect his reasoning as well as his speaking? It seems so during his muddled, “I do, I don’t” answer about fracking. Will he get better, or will he continue to deteriorate?

Or is this all just a ploy for him to get into office, step down and have a replacement named (so long as Pennsylvania has a Democratic governor of course)?

Unfortunately, the coverup succeeded in one way: The debate was pushed off until after early voting started, meaning many people cast ballots without knowing the severity of Fetterman’s condition.

Democrats are so cynical that they’d elect anyone, in any medical condition, so long as it gave them the majority. And they’ll play Three-card Monte with “democracy” to hide the truth from voters.

All those lectures about “fitness for office” for GOP candidates, the chastising Republicans on Twitter and the New York Times “analysis” pieces — they are all a sham. A hypocritical, repulsive sham.