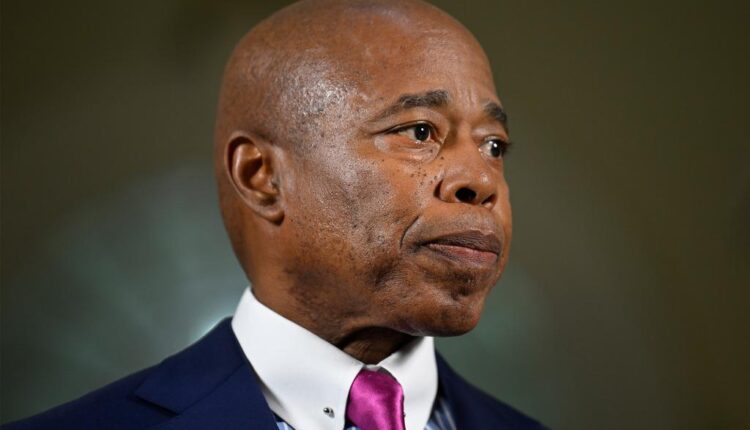 Please — it’s not just to my Yorkie dog that my veins overflow with gentility and love. Known is that I am a kindly warmhearted person.

My damn devotion almost overflows to elected officials. Excluded, of course, is our White House dummy who’d blow a debate with the Statue of Liberty. Or Pelousy’s husband who needs to get crocked before driving home to her.

Or Eric Adams who probably gets his inseam measured in City Hall because he accomplishes nothing else there. Our former police chiefs assessed him at zero. He now does galas and clubs with VIPs who’d never ever invite him before.

He wants to be president? Lotsa luck. De Blasio, who has a mathematics enhanced wife, tried for president. Not. Tried for governor. Not. Tried for congressman. Not. Next up, alderman. May Eric check out de Blasio’s current dance card.

A company named Spacer has an idea. Many Manhattan, Queens, Brooklyn, Bronx and Jersey residents have unused parking spaces that come with a condo, rental, co-op — but the owner has no car. New app Spacer can connect residents owning an available spot with those needing a place to park. The residents can make a buck by allowing someone to park in their space and these vehicles then won’t be ticketed, booted, towed, snowed in or busted if they forgot to move for alternate side of the street parking.

Getting six parking tickets just last week, Sherri Shepherd asked our pretend mayor to come on her talk show. No response to her. Long back I’d asked repeatedly for an interview. Never happened. But give this BSer a TV camera plus a chorus of mute faces behind him and the no-can-do bobblehead will quack forever. Next time I’ll put my request in a saloon shot glass.

He’s just a talker. No doer. No accomplisher. No fixer. No real official. No know how. No heavyweight connections. Just a talker. Check his coterie — besides his brother — on the payroll. Check their new salaries and no accomplishments.

Greatest country on Earth. The planet’s No. 1 capital city. A dummy mayor and a mummy president with crummy financiers.

We’re not only tops in crime but how about our city mice and live-in insects and our schooling issues and what have we to fight it? A useless official whose lone ability is to zip up and chat to a camera.