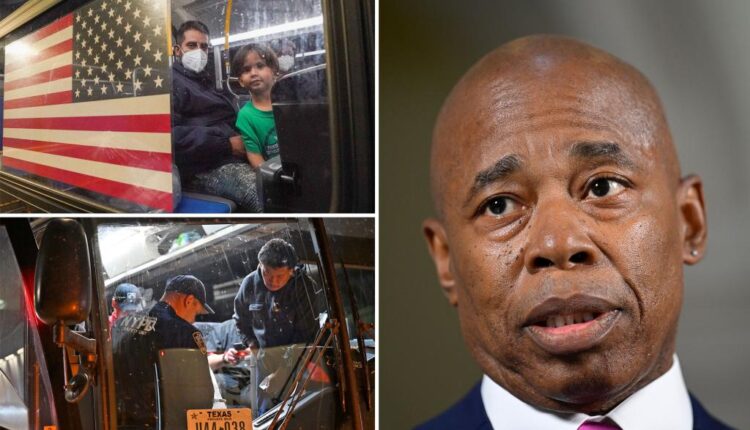 It had been months since Mayor Adams first sounded the alarm about an influx of migrants coming from the southern border and pushing our city’s homeless shelter system to its breaking point.

Yet since then, while his administration has scrambled to house, feed, and care for these thousands of new arrivals and place their children in our schools, not one leading Democrat in this state or this country has offered New Yorkers anything but lip service.

Nothing. Not a single dollar of federal or state aid. No housing resources. Not even an acknowledgment that a crisis actually exists.

Until Friday, when Mayor Adams finally said the words: state of emergency.

Like many others, I welcome the mayor of New York City acknowledging reality. What took so long?

From a practical perspective, that declaration does not change much. The mayor always has the authority to suspend certain land-use requirements to site shelters or for some emergency purposes.

As a political matter, however, this is a significant change. One of the Democratic Party’s leading figures and the mayor of the country’s most important city has called out our country’s disastrous border policy — and by proxy, the president who is in charge of it.

According to the city’s figures, 17,400 migrants have entered New York City since this spring (more than half of whom were sent by the Democratic mayor of El Paso, Texas), and the estimated price tag has ballooned to more than $1 billion. Even in a city with the budget of Switzerland, these figures are daunting.

Adams’ unapologetic and public push for federal money and resources was probably not what President Biden and Gov. Hochul expected, especially after they held a polite sit-down at FEMA headquarters in the World Trade Center three weeks ago and obliquely referenced helping the city in some ambiguous way.

They must have thought a photo-op was helpful enough.

That’s likely why Hochul didn’t flinch when, at the same time that meeting was held, my colleagues and I urged her to petition the president to declare New York City in a state of emergency, which is the only way to unlock nearly unlimited FEMA emergency funds. And if the president were even remotely interested in dealing with the immigration crisis he created, he could have stopped by the Port Authority on his way to a luxurious Manhattan fundraiser on Thursday.

But Biden and Hochul may not be able to ignore this crisis anymore. Not after the mayor finally said the E-word. Not when the political optics are so bad for them.

Pretty soon, a tent city will be erected. Could there be any more effective tool in the GOP arsenal to point out the stark absurdity of Biden’s border mismanagement and Democrats’ absurd sanctuary-city laws?

As inflation soars and Americans suffer the highest cost of living in a generation under Biden’s failed presidency, we’ll have a Hooverville in the middle of New York. If this will so clearly hurt Dems’ chances nationally, why would Adams consider it? The irony is that it really may be the only effective solution to house the masses. Hotels are even costlier since no owner is willing to forgo future customers without a long-term lease and a large payout.

These are immense challenges, even for the nation’s largest and wealthiest city. They only underscore why this migrant crisis must be fixed at the border, by the same people who started it: President Biden and his Democratic cohorts.

For months now, my Republican colleagues and I have been calling out the president for his disastrous “catch and release” asylum-seeker program. We have been saying that open borders are dangerous and unsustainable. We have sounded the alarms on the growing emergency in New York City.

The mayor finally concedes the reality — better late than never.

Joe Borelli is the minority leader of the New York City Council.