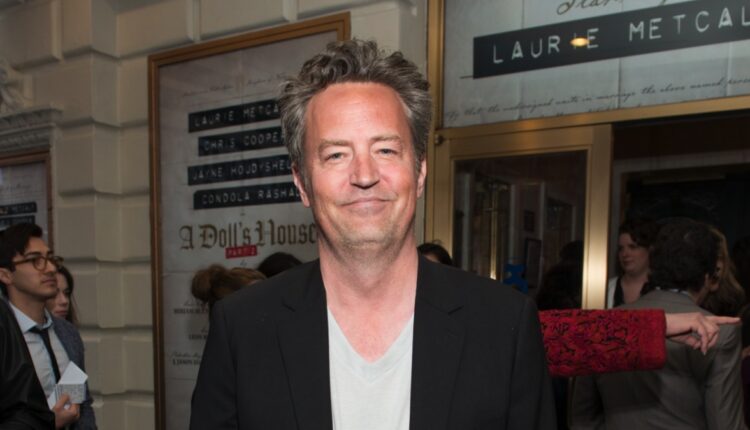 Matthew Perry “didn’t know how to stop” drinking at the height of his fame.

The 53-year-old actor starred as Chandler Bing on the NBC sitcom ‘Friends‘ alongside Jennifer Aniston, Matt LeBlanc, David Schwimmer, Lisa Kudrow, and Courteney Cox from 1994 until 2004 but explained that while he had achieved moments of sobriety in the show’s heyday, there were times that his alcoholism just got “worse”.

He said: “When ‘Friends’ started, I could handle it, kind of. But by the time I was 34, I was really entrenched in a lot of trouble. But there were years that I was sober during that time. Season nine was the year that I was sober the whole way through. And guess which season I got nominated for best actor? I was like, ‘That should tell me something.’

“I didn’t know how to stop. If the police came over to my house and said, ‘If you drink tonight, we’re going to take you to jail,’ I’d start packing. I couldn’t stop because the disease and the addiction is progressive. So it gets worse and worse as you grow older.”

The ’17 Again’ actor also suffered a gastrointestinal perforation due to opioid abuse and was put on a life support machine but his family was warned he only had a small chance of living and became the only one of five patients to survive on his ward.

He said: “The doctors told my family that I had a two percent chance to live. The next time you think about taking Oxycontin, just think about having a colostomy bag for the rest of your life. And a little window opened and I crawled through it and I no longer want Oxycontin anymore.

“There were five people put on an ECMO machine that night and the other four died and I survived. So the big question is why? Why was I the one? There has to be some kind of reason.”

Matthew – who achieved sobriety some years ago – has now opened up about his addiction struggles in new memoir ‘Friends, Lovers and the Big Terrible Thing’ and claimed that readers will be “surprised” at just how “bad” his struggles have been and how close he came to death.

He told PEOPLE magazine: “I think they’ll be surprised at how bad it got at certain times and how close to dying I came. I say in the book that if I did die, it would shock people, but it wouldn’t surprise anybody. And that’s a very scary thing to be living with. So my hope is that people will relate to it, and know that this disease attacks everybody. It doesn’t matter if you’re successful or not successful, the disease doesn’t care.”

iPhone 14 Plus orders slashed by Apple as demand flops

How to clean your iPad