Mario + Rabbids Sparks of Hope: Tips and tricks for beginners 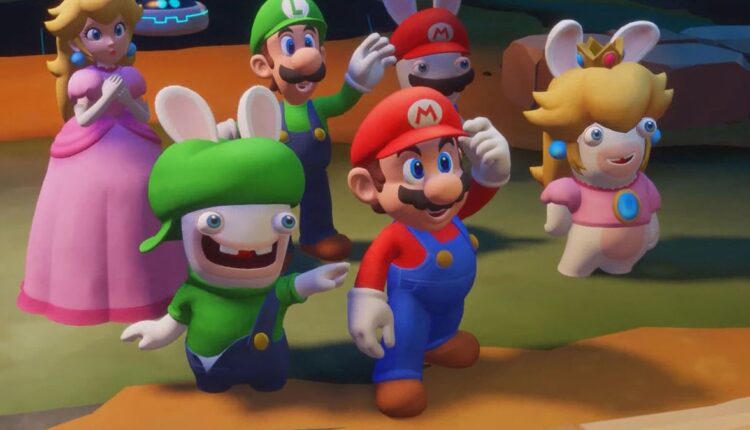 Mario + Rabbids Sparks of Hope is a rather approachable turn-based strategy game, but certain areas can offer a challenge to beginners. In order to defeat enemies and play more effectively, you’ll want to take advantage of some of the game’s mechanics and remember to level up any Sparks you have equipped. If you want to customize your experience, you can even change enemy difficulty, adjust the amount of health your team receives after finishing a battle, or can even make yourself invincible.

Mario + Rabbids Sparks of Hope is a strategic turn-based game that offers several different ways to defeat enemies. The satisfying combat is the biggest reason that this is one of the best Nintendo Switch games out there.

Most enemies you encounter will have strengths and weaknesses based on elemental attacks. Before you start a round, use Beep-0 to check every enemy’s weaknesses and then use the Sparks your teammates have equipped to take advantage of them. That way, you’ll defeat enemies a whole lot faster. Avoid hitting enemies with attacks they are resistant to as this will make the battle drag on.

Change settings in the main menu

It’s always a good idea to check out what settings are available to you before starting any game. In Mario + Rabbids Sparks of Hope, you get to the settings menu by pressing the + button, going to Options, and then tapping the R button twice to select Settings.

Here you can change the enemy threat level, adjust game controls, determine how often your team heals after battles, or can even make yourself invincible if you want. Change whatever settings you want to in order to make the playing experience more enjoyable.

Make use of Team Jump

When two teammates are able to touch, one can throw the other into the air so they can hover a further distance than they could walk on their own. Take advantage of this ability to reach higher platforms or go further when making your way around a battle arena.

Each teammate on the battlefield has the ability to move and take two actions. But until a character uses their primary weapon they are free to move around as much as they like within their allotted movement space. Depending on the Sparks you have equipped and the abilities of the heroes, you might be able to use status effects to make your team more powerful before sending them out to attack.

For instance, say Peach has the Starburst Spark, which allows her to affect allies nearby to increase the amount of damage they inflict on enemies. You might want to move the other two teammates near her, have her use Starburst, and then move the other two characters back into position to attack the enemy with more powerful attack damage. Think through your available actions and jump between characters as much as you need to.

Dash those enemies to pieces!

Whenever you’re close enough to an enemy on the battlefield, you’ll have the chance to get a freebie attack in by dashing at the enemy before making your two official moves. If enemies are near enough to each other, you can even damage multiple in a row.

It’s worth noting that the metal head Goombas can only be defeated if you dash them and then pick them up and throw them over the ledge. While each of your teammates can only dash once, they can pick up and throw as many overturned Goombas as they want before ending their turn.

While many Sparks are collected simply by playing through the main story several of the game’s 30 Sparks can only be unlocked after completing specific side quests. Make sure you collect them all and get a feel for what kind of perks they give you, so you can take down enemies more effectively.

Don’t forget to level those Sparks up too!

Though it takes place in a vibrant world and is filled with silly creatures, Mario + Rabbids Sparks of Hope provides a very satisfying combat system that can take some skill to master. Make sure to take on as many enemies as possible in order to raise your team’s level and make every character strong.

You’ll also perform better if you go out of your way to collect as many Sparks as possible and level them up when you can. Having the right Sparks equipped during any given battle will give you an edge and will help you come out victorious more quickly.

Pages, Numbers, and Keynote updated with a ton of macOS Ventura features