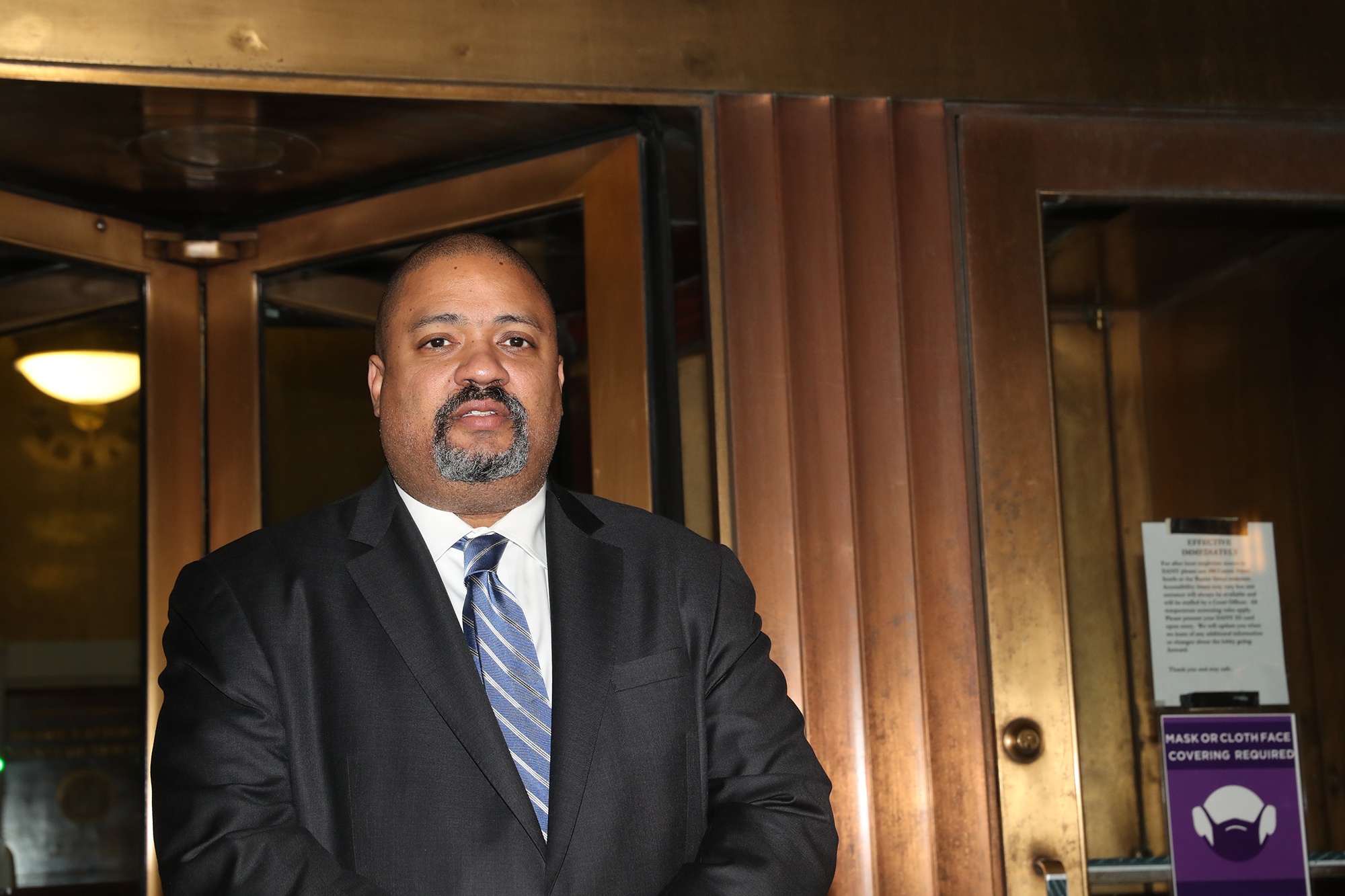 How many times can Manhattan District Attorney Alvin Bragg get it wrong when it comes to criminals and crime victims? His prosecutors declined to charge the woman who stabbed bodega clerk Jose Alba, arguing that she was just defending her boyfriend.

This, though she began the deadly altercation by bringing Austin Simon, her irate ex-con boyfriend, into the store and forcing the 61-year-old Alba to act in self defense. Somehow, Bragg still thinks the bodega worker was the aggressor.

After meeting with United Bodegas of America leaders Tuesday, Bragg is hinting that he might drop the second-degree murder charge against Alba (with $250,000 bail), filed after Simon died at the hospital.

Yet the same surveillance video that led to Alba getting a much lower $5,000 bond and winning release from Rikers also shows the woman assaulting him. What would have befallen the poor clerk if that video evidence was unavailable?

Bragg’s refusal to charge the bodega attacker’s girlfriend with anything is fresh proof he’s effectively pro-criminal, as he’s shown from day one of his term.

Nor will the Manhattan DA explain himself. He ducked questions from The Post on Monday. And Gov. Kathy Hochul has proved she won’t hold him to account.

Electing Republican gov candidate Lee Zeldin in November is the only way New Yorkers will be rid of this perverse prosecutor.