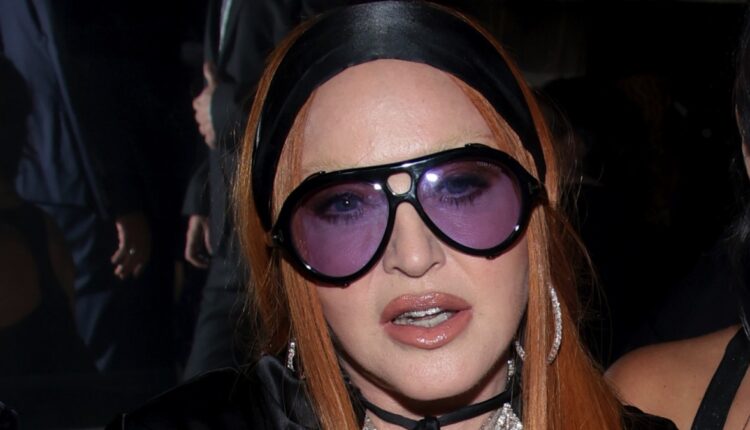 Madonna has seemingly come out as gay.

The ‘Material Girl’ singer – who has been married to Sean Penn and Guy Ritchie and dated the likes of Dennis Rodman, Tupac Shakur, and Vanilla Ice in the past – shared a cryptic TikTok video on Sunday (09.10.22) that has sparked speculation about her sexuality.

In the video, the 64-year-old star threw some underwear at a bin along with the caption: “If I miss, I’m Gay!”

The ‘Vogue’ hitmaker failed to hit the target, and the camera then cut back to her as she shrugged and walked away.

In the past, Madonna famously kissed both Britney Spears and Christina Aguilera at the 2003 MTV VMAs, and she recreated the smooch again with the ‘Toxic’ singer at her wedding to Sam Asghari earlier this year.

Last month, rapper Tokischa spoke about kissing Madonna when they were working together on remix single ‘Hung Up on Tokischa’.

She said: “As soon as we met, like, because it’s Madonna, you know, it’s somebody that’s been expressing herself her entire life, not caring. That’s actually what I do, too. It was instant — we connected right away. We were doing this together and rehearsing for the show and talking all the time, so we got really close… We were in the mic recording and all of a sudden we was kissing already, and it’s like, it’s so natural for both of us. We just kiss, just like talking… It’s not something that is, like, ‘Oh, we are so sexual…’ It’s more like a vibe.”

The ‘Linda’ hitmaker – whose real name is Tokischa Altagracia Peralta Juárez – went on to stress that she and the ‘Material Girl’ songstress are simply “friends with kissing” and explained that she also loves to lock lips with her fans.

Asked if she was in a relationship with Madonna, the 26-year-old star said: “No, we are friends. With kissing. Her breath smells so good!

“I did this song that talks about how I have this best friend and we kiss. After I did that song all my fans are like ‘Oh I’m gong to your show, I hope you kiss me.’ How am I gonna tell them no? No, f*** that. They’re my fans, they’re literally there to see me. The least I can do is hug them or kiss them. I love to go to my fans when I’m on the show. That’s my favourite part.”