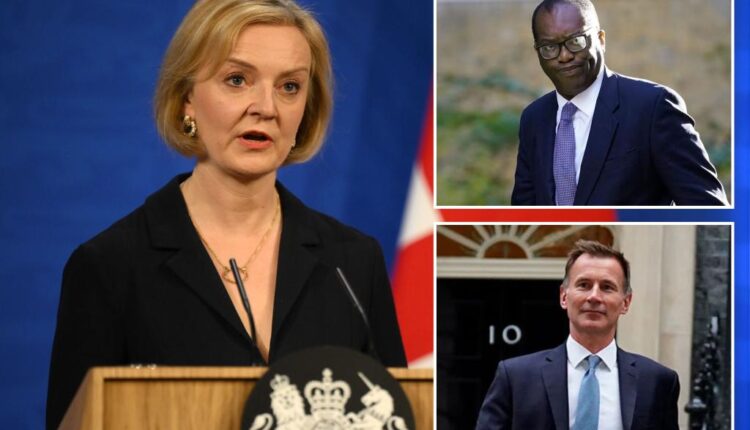 James Carville, Bill Clinton’s political adviser, famously mused that if there was reincarnation, he would like to come back as the bond market. You could then intimidate everybody. Barely one month into her job as the United Kingdom’s new prime minister, Liz Truss has got an early taste of what Carville meant by that statement.

Following a resounding thumbs down to her reckless plan of large unfunded tax cuts, the pound plummeted to a record low against the dollar and bond yields surged to Italian-like levels. That has forced Truss to make a politically embarrassing economic policy U-turn.

In an attempt to regain policy credibility, she fired Kwasi Kwarteng, her chancellor of exchequer, and has started to walk back her economic plan.

Much as Truss would like to blame her unenviable political predicament on the whims of “irrational financial markets,” she should be thanking those markets for saving the country from the inflationary consequences of her hastily and ill-conceived economic plan.

At a time when the UK economy is all too dependent on the kindness of strangers to finance its uncomfortably large twin budget and external current-account deficits, the last thing the country needed was an ill-conceived mini-budget that would add to the deficit and raise serious questions about the sustainability of its public finances.

Yet that is precisely what Truss did even at a time when world interest rates were rising and foreign investors were losing their risk appetite. She did so by proposing an unfunded tax cut amounting to some $50 billion that would come on top of an un-targeted $150 billion energy-subsidy program aimed at sparing the British public from the ravages of soaring natural gas prices.

Little wonder the pound sank like a stone and bond yields surged.

Compounding Truss’ problems was a major pension-fund crisis not entirely of her making. Not anticipating any meaningful rise in interest rates, the pension funds took on large risky derivative positions to enhance their earnings. When Truss’ mini-budget sparked interest rates to rise, the pension funds were forced to sell government bonds to meet margin calls.

To her credit, Truss has realized that the first thing that you do when you find yourself in a deep political hole is to stop digging. Rather than attempting to soldier on with a budget plan that was anathema to the markets, she chose to replace Kwasi Kwarteng with Jeremy Taylor, a pragmatic and less ideologically driven chancellor of the exchequer.

That paves the way for her to do a major economic policy 180 and to unite her increasingly divided and disgruntled party. As an important step in that direction, she has now abandoned her plan to cancel a scheduled corporate- tax reduction.

Warren Buffet sagely said it takes 20 years to build a reputation but just five minutes to ruin it. By introducing an irresponsible mini-budget and by firing the Treasury’s permanent secretary on Day 1 of her premiership, Truss seems to be living proof of how quickly a reputation can be destroyed.

With many in her Conservative Party baying for her resignation and with the opposition Labor Party surging in the polls, it remains to be seen whether Truss has the time to rebuild her tattered economic policy credibility. Replacing her chancellor of the exchequer with Jeremy Taylor and walking back her tax plan are good first steps to rebuilding economic policy credibility.

However, if Truss is to survive as prime minister, she can ill-afford to make another economic policy misstep.

Desmond Lachman is a senior fellow at the American Enterprise Institute. He was formerly a deputy director in the International Monetary Fund’s Policy Development and Review Department and the chief emerging market economic strategist at Salomon Smith Barney.