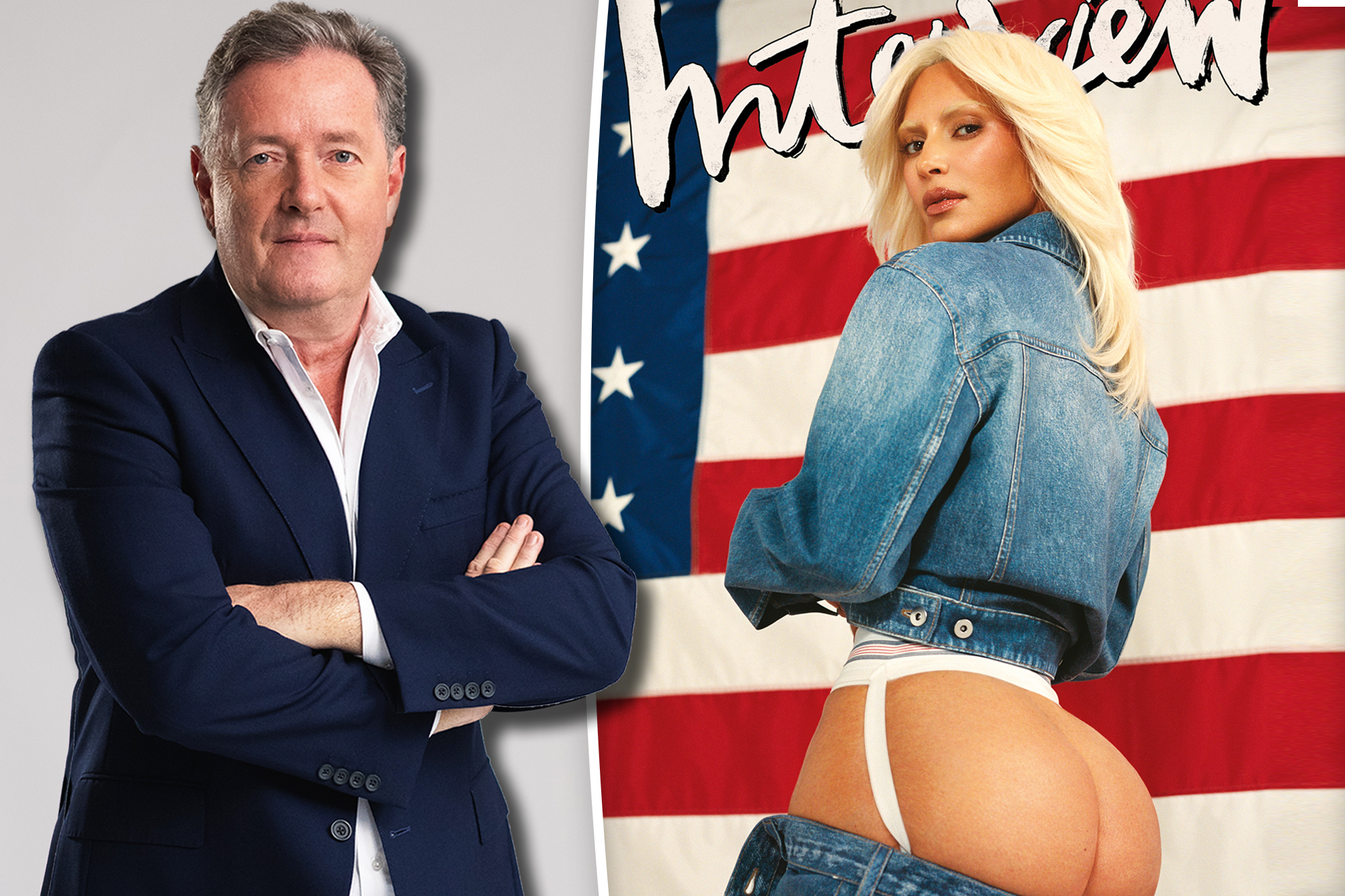 It’s certainly a sad state of affairs when Piers Morgan has to slap us back into reality (“ ‘American dream’ girl,” Sept. 7).

While Morgan clearly states he is not an American, we certainly need more truth and reality, as he clearly stated.

As we continue to keep making stupid people famous, the younger generations see this as a way to fame and fortune.

Between the quiet-quitting episodes and being an “influencer,” kids see the easy way to achieve instead of a great work ethic followed by success. It’s time to change the narrative.

As Morgan reiterates, this is the ultimate disrespect to our flag.

So why would The Post play into this cry for attention from someone whose only talent is her cosmetically enhanced derrière?

You are adding to the plethora of pornography that is readily available to our youth.

I don’t think the two-page spread on Kim Kardashian did very much to impress readers of The Post. Do I really need to look at that super-sized moonscape while I’m having breakfast?

The US Flag Code, which many Americans don’t even know exists, doesn’t address using the flag as a backdrop. But anyone posing like that with Old Glory as a backdrop is disgracing the flag.

What the Flag Code does address is using the flag as an article of clothing: A hat, a shirt, or Kim’s little peek-a-boo patch with the stars and stripes is definitely disgracing our flag. But I doubt that she cares.

Well, thank you, Piers Morgan. It’s about time someone called out the vacuous nonsense that the media are selling and the self-destructive public is slurping up.

The Issue: Michael Steinhardt’s column on the importance of education standards in yeshivas.

I am in total agreement with Michael Steinhardt (“Lost Generation,” PostOpinion, Sept. 6).

Two of my grandparents came as immigrants to New York in the 1890s. Max Jacobs immigrated by himself at age 13 with no education, yet through grit and determination, he founded the Detecto Scale Company.

My other grandfather, Benjamin Koenigsberg, became an attorney in 1910 and then president of major Jewish organizations, such as the Orthodox Union and the Young Israel movement.

Yet both believed that in the early 20th century, young Jewish Americans needed a comprehensive Orthodox Jewish education as well as a comparable secular education in all subjects in order to survive and compete with the population at large.

Steinhardt is correct. The state of New York is entitled to require all schools operating in its borders to provide basic education in English, math and science. That puts no restrictions on the specialized studies that the various private or religious schools may offer.

The goal is to prepare students to become educated citizens, able to make informed choices at the ballot box and contribute to the improvement of society. It’s definitely not an attempt to stop Jewish schools from teaching Judaism.

The fervently Orthodox communities, which encourage men to father large families but deny boys the secular education that would enable them to support those families, are doing a great disservice to their students and to society.

Charles III has chance to be a fine monarch

Dems want the midterms to be a referendum on Trump, not Biden and the media are compliant