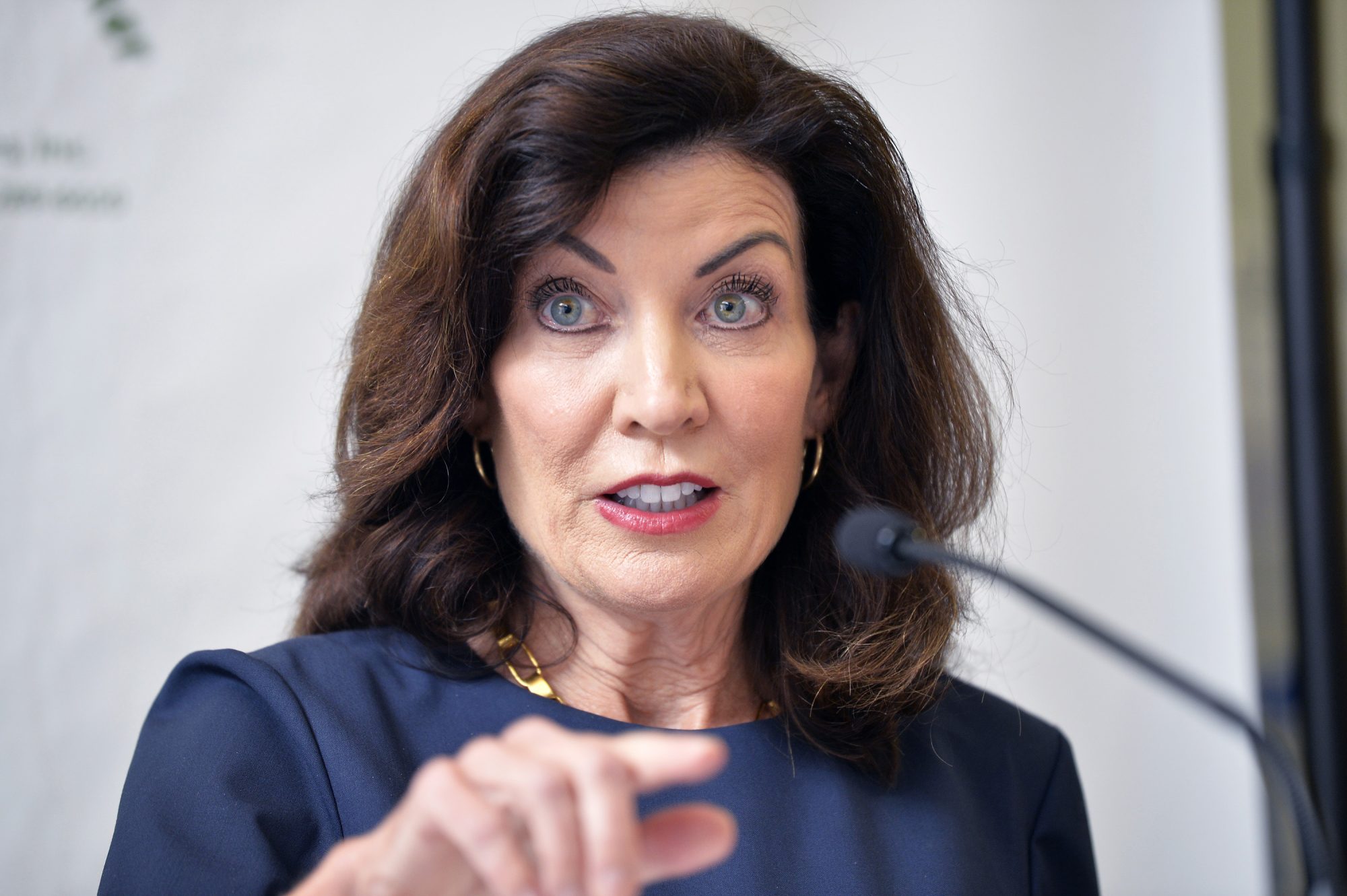 The Issue: Gov. Hochul’s refusal to commit to a debate with her opponent, Rep. Lee Zeldin.

The Post Editorial Board writes that New Yorkers are starting to fear Gov. Hochul “stands for absolutely nothing” (“Hiding Hochul,” Sept. 7).

One might take exception to that assertion. Through both her action and inaction, the governor has made quite clear where she stands on at least two important issues: education and law enforcement.

With respect to the state’s children, she blatantly supports a teachers union that obfuscates its failures by dumbing down schools, all while indoctrinating students with leftist tripe.

On crime, she continues to prioritize the freedoms of felons over the rights and safety of the innocent. Even to the point of recently banning the word “inmate” from the state’s lexicon — heaven forbid the state insult its thugs.

What does Hochul stand for? On these and on many issues, she could not be clearer.

Seems like Hochul has taken a page out of President Biden’s campaign playbook.

Apparently, she feels that she can hide — so she doesn’t have to defend the disastrous policies of her party or explain the chaos they’ve caused in New York City or unpack her own political baggage — and still get elected.

True, the strategy worked well for Biden. But look how it eventually turned out.

After the debris fields left by former Mayor Bill de Blasio and former Gov. Andrew Cuomo, maybe it’s time to give the other side a chance.

One-party Democratic rule has not improved the quality of life in our state, and its progressive policies have elevated no one.

In fact, they’ve had the opposite effect, to the detriment of all of us — but especially those whom the Democrats say they are looking out for: minorities and children.

I’m not sure we can survive another four years of a governor who displays the character and moral ambivalence of the previous one.

Your editorial pretty much lays out that Hochul is not a serious candidate. As such, New Yorkers shouldn’t hire her for a four-year disaster.

I understand why some pols avoid the spotlight, as Biden did. The New York faithful should remember the adage: Fool me once, shame on you.

I want to thank Michael Goodwin for his piece (“Fed-up voters Leen his way,” Sept. 7).

Goodwin points out the MTA’s loss of some $500 million a year due to farebeaters. This didn’t happen when Mayor John Lindsay and Gov. Nelson Rockefeller were in office. Democrat Lindsay, along with Republican Rockefeller, put cops in the stations and on trains.

Since an estimated 12.5% of subway riders and 29% of bus riders are cheating the system, the next New York governor better hire more cops and put cops in subway stations or near bus stops.

It seems Hochul is taking a page out of the Biden electioneering book and figuratively staying in her basement until Election Day.

I guess that’s necessary for her, since debating would expose her support for the so-called bail reform laws, which are favored by her “progressive” base.

It seems that the Democrats’ overall response to debate is just avoidance, lest they expose their true feelings to the electorate.

Hochul is obviously taking her campaign cues from the big guy who sits in the Oval Office, whether that be imitating Biden’s 2020 bunker campaign strategy or channeling his disgusting and divisive howling act against MAGA Republicans.

If elected, Hochul will put the Empire State on a glide path to further decay. But if Rep. Zeldin ekes out a victory, the reign of ruin by Albany’s progressive pols will begin to be reversed.