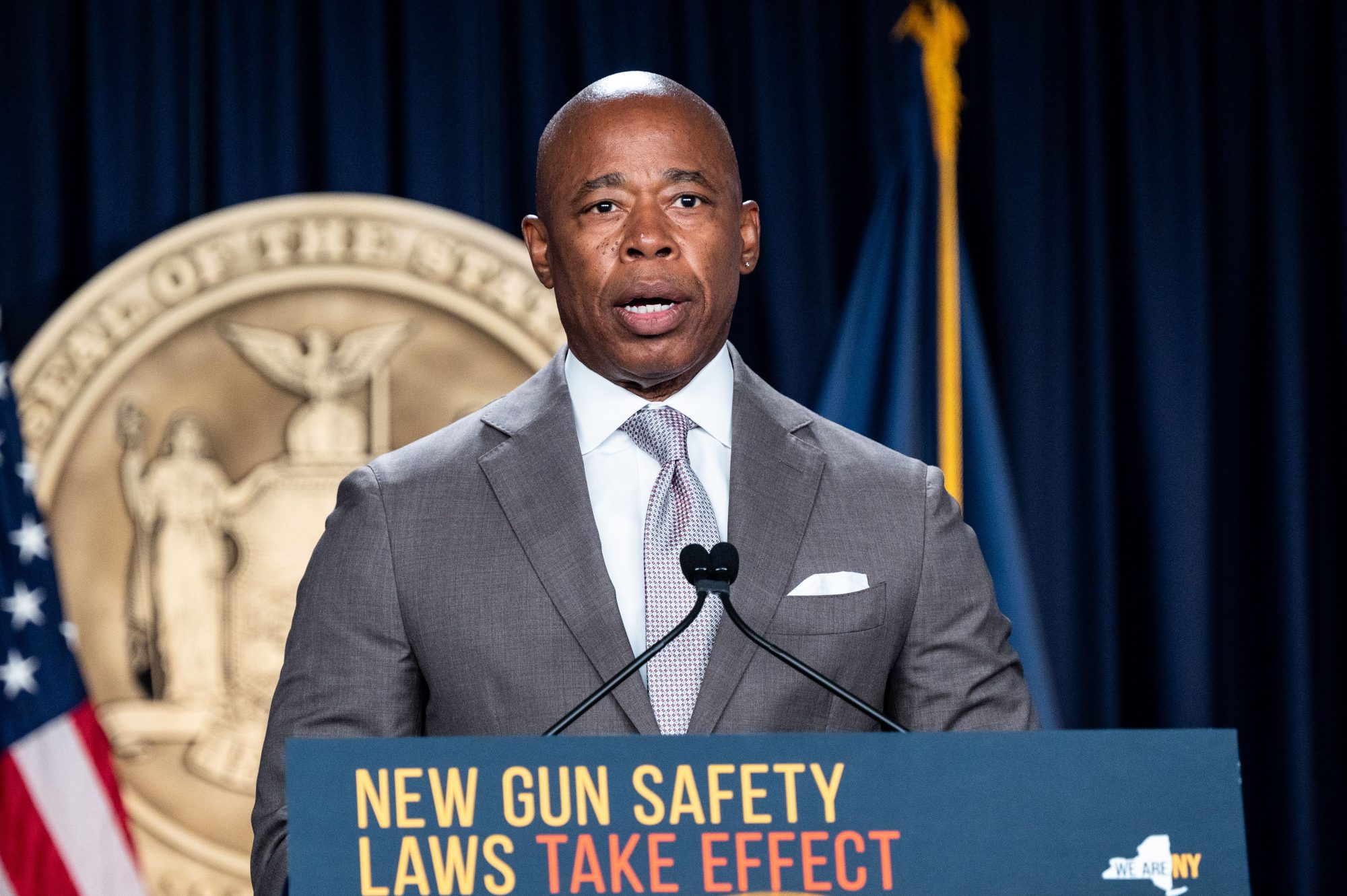 What is the purpose of this, unless the governor fires District Attorney Alvin Bragg, who is constantly letting criminals off the hook? Violent criminals are free to roam the streets, thanks to Bragg and Gov. Hochul.

Instead of Adams worrying about police on desk duty, he should go out on the streets without a police detail and see firsthand what the city is truly like.Adams is a joke, a political hack. He loves playing the cop card when it suits him, but he has let the city deteriorate even worse than former Mayor Bill de Blasio.

When the pharmaceutical industry convinced the medical community that emotional-behavior issues were similar to mental illness, the gateway was opened for this excessive usage of these drugs, without proven results or acknowledgment of potential long-term side effects, including possible addiction (“Opening eyes to pill popping,” Karol Markowicz, Aug. 30).

Once again, parents were deceived by flashy marketing about the unproven benefits of medication for our youth as a way of giving parents some type of relief from the stress of handling children’s emotional issues.

It is equally shocking that so many parents ignored historical data that healthy eating and exercising are proven remedies for emotional behaviors.

I was fortunate to educate my niece’s parents about the risk in the 1990s when they received a note from the school nurse wanting to offer medication for my niece’s anxiety behavior. As a nutritionist, I suggested that we change her diet. In just one month, her symptoms stopped.

It is very sad to read about children who have been used as subjects in an industry whose main objective is new customers, not improving the health of kids.

I read Steven Hayward’s column on former President Ronald Reagan and Mikhail Gorbachev and kept thinking about the contrast in that relationship to the one between former President Donald Trump and Russian President Vladimir Putin (“They Did It Together,” PostOpinion, Aug. 31).

Reagan was congenial but firm, cordial and engaging but resilient in his tone, tenor and message to the then-Soviet leader. Contrast that to Trump’s pandering to Putin on multiple occasions and it is clear that while Reagan and Trump are both former presidents, only one was a real leader capable of achieving balance with a powerful rival.

Trump’s latest episode with classified documents is yet another example of a carnival barker looking for attention while the United States and the world has moved on. He is a sad contrast to Reagan, who always seemed to rise to the occasion.

The hopelessly misguided Park Slope Panthers, modeled after the Guardian Angels, aim “to take the neighborhood back” after an evil vagrant fatally bludgeoned a dog named Moose in Prospect Park (“Paw patrol,” Aug. 28).

The Panthers should remember they got what they voted for in the last mayoral election.

That neighborhood preferred the smug vegan Mayor Adams, not Curtis Sliwa and his decades of volunteer crime-fighting.We should all say a prayer for Moose, who died at the hands of a rampaging lunatic that the cowardly Adams administration fears confronting, while reminding Prospect Park visitors of violence to come if they keep voting with their hearts, not their minds.