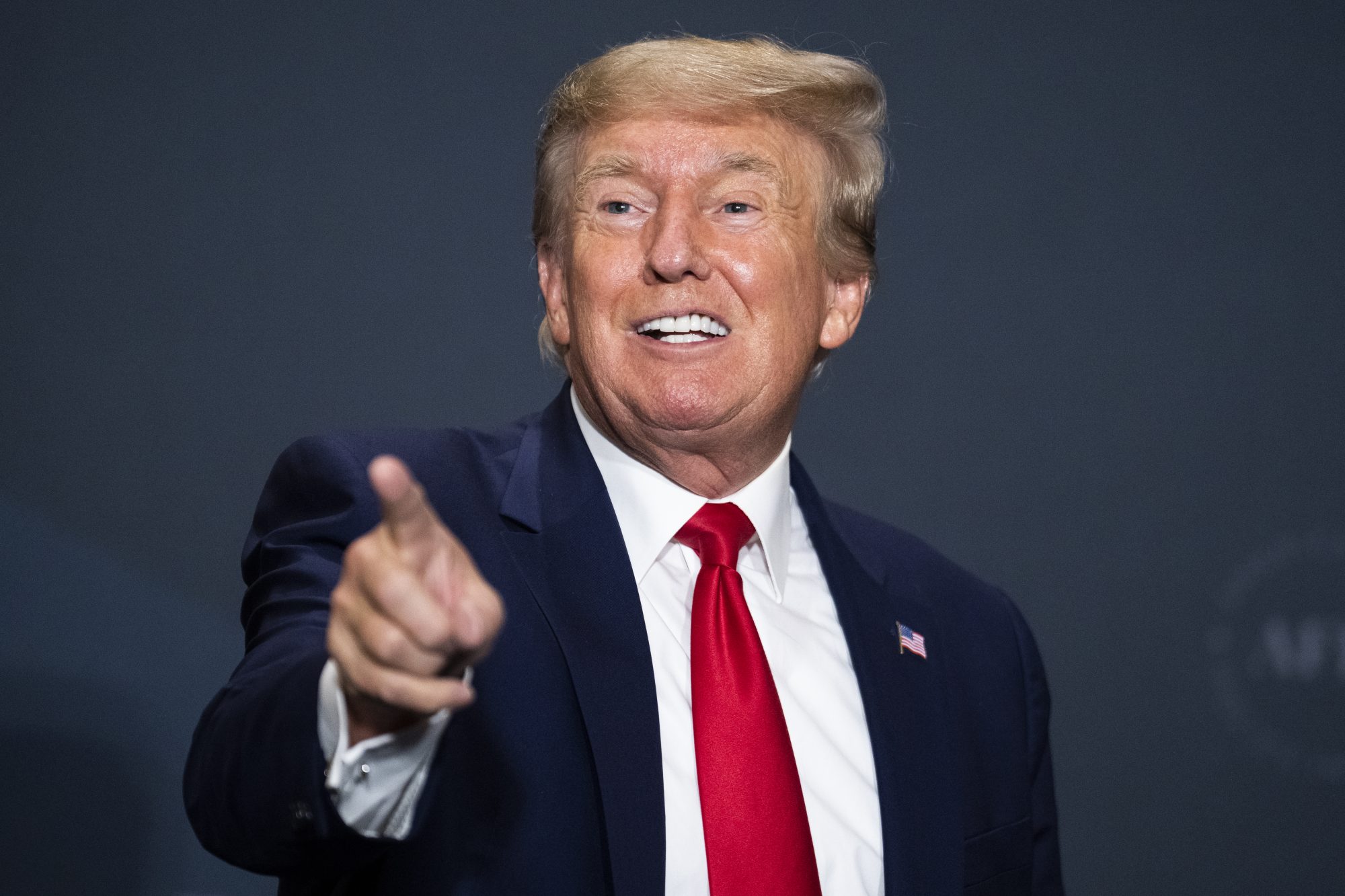 The Issue: The Post’s editorial encouraging Republicans to look for leaders beyond Donald Trump.

There is no need for the GOP to “get past” Donald Trump, as suggested by your editorial, unless the party is anxious to lose the next election (“GOP: Get Past Trump,” Aug. 31).

The Trump presidency “did much good,” as you rightly acknowledge in your editorial. Trump is the strongest candidate with the greatest support from Republican voters. His record of accomplishment cannot be denied.

The Democrats and the policies they are promoting are increasingly unpopular, and Trump represents a return to a time that offered a brighter ­future for America.

Biden has dug America into a deep hole, and Trump has the strength and resolve to dig us out of it.

Your editorial has some valid points as far as what Republicans should be discussing. But what you should be stating is that Trump’s only flaw is his ego.

Most in the GOP would rather Trump tone it down about 2020 than go away.

The only albatross around Trump’s neck is the Dems trying to hang him and finding nothing, while in the White House, corruption flourishes and nothing happens.

Trump is the best hope to keep China at bay, run Russia out of Ukraine (and make Ukraine weed out corruption) and get our country out of this very bad spiral, which, as you noted, the GOP should be talking about.

For many years, The Post knew what was going on: It was the swamp vs. Trump. Now all of the sudden, you want the swamp to win by not supporting Trump for a run in 2024.

Remember, he got millions more votes the second time he ran.

The Post is wrong to ask the GOP to move past Trump.

Trump is by far the most popular person among GOP voters. It is not even close. Doesn’t that matter to The Post?

For the Post to tell Republicans to jettison Trump, particularly now when the current president is resorting to the most virulent demagoguery in US history, is like the Israelites ordering Samson confined to quarters as they do battle with the Philistines.

The Issue: Michael Goodwin’s review of Kushner’s memoir about working in the White House.

Garner’s review was filled with hate and a refusal to give credit where credit was due.

To counter Garner’s negativity, Goodwin applauds the game-changing Abraham Accords, for which Jared got hardly any credit in the Times review.

Jared’s book is a fair representation of the inner workings in the White House, the good and the bad.

If former Presidents Bill Clinton, Barack ­Obama or any other Democrat had done that, a Nobel Peace Prize would be automatic.

The closest anyone ever came to a peace deal like this was the one President Jimmy Carter brokered between Israel and Egypt. The left has to come to terms with its biases and wake up.

The ACLU’s latest step to becoming just another progressive scold