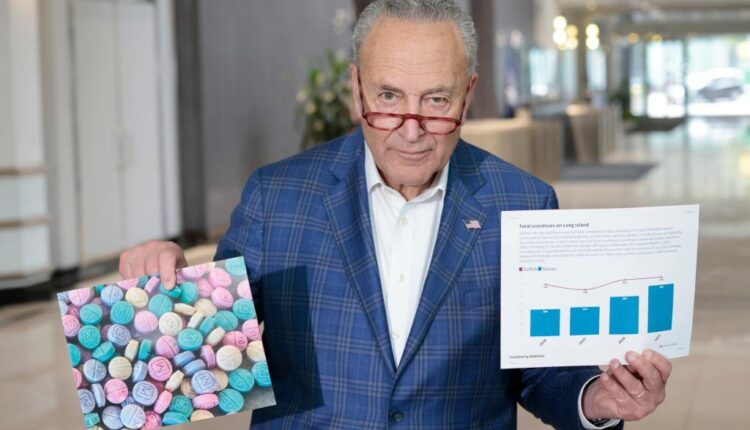 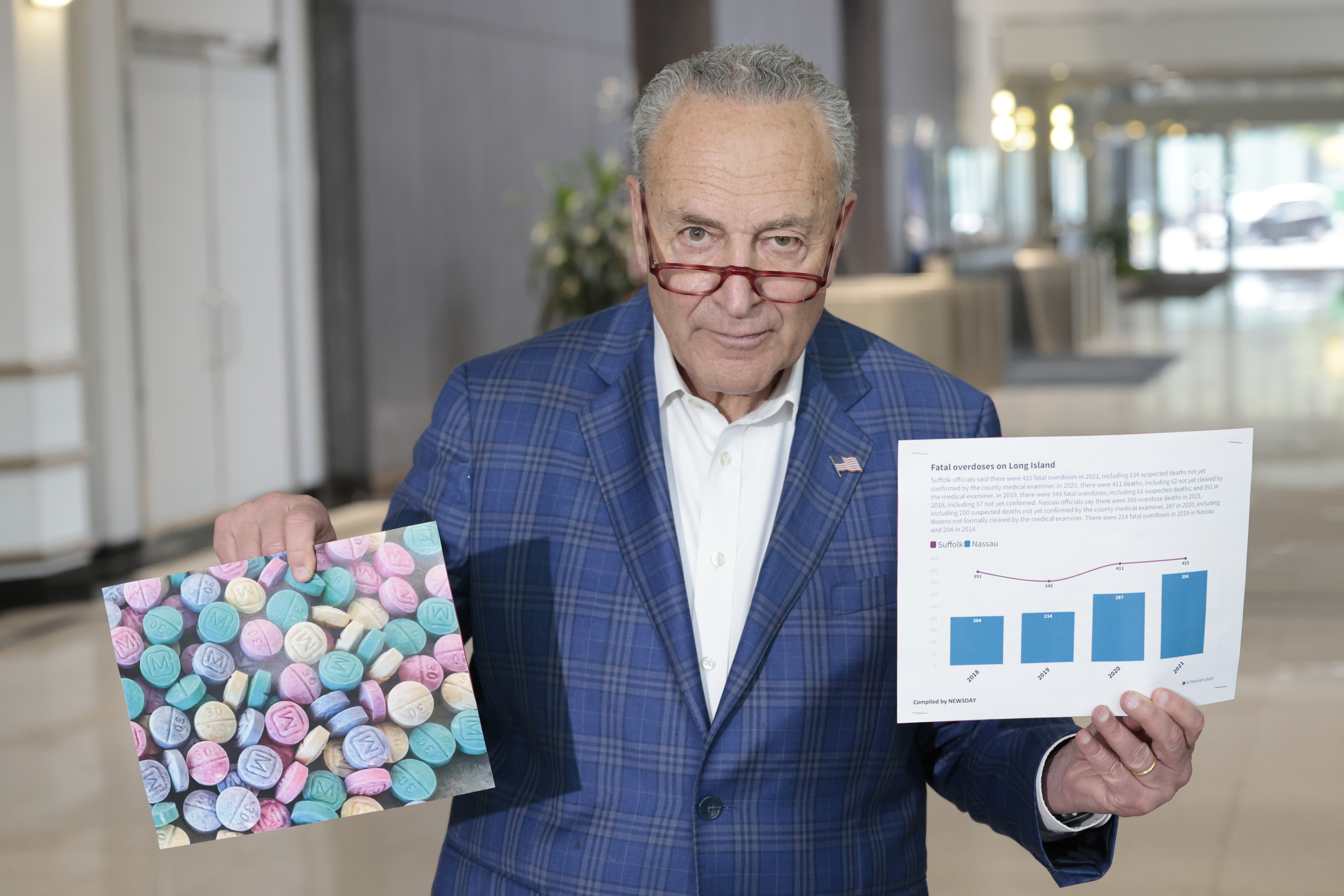 He wants Congress to allocate about $300 million to fight fentanyl.

All the money in the world isn’t going to stop the problem until Schumer and his fellow Democrats do one thing: Secure the southern border.

So now all of sudden, just before the midterm elections, Schumer and the Democratic Party are pretending to care about the fentanyl crisis that has been killing thousands of Americans for several years.

His party, by opening up our borders, is directly responsible for fentanyl getting into the country in the first place and causing all these deaths.

These same Democrats who kiss up to communist China say nothing about Chinese vendors giving Mexican drug cartels the chemicals to make fentanyl to distribute throughout the United States.

As a former law enforcement officer of 35 years, I’ve seen firsthand the devastation it has caused American families.

More stupidity from the mouth of Schumer. This buffoon wants $300 million in federal taxpayer dollars to stop the scourge of rainbow fentanyl.

The fentanyl ingredients are coming from communist China. It’s then made in Mexico, and crosses our border that’s wide open due to the intentional idiocy of the Biden administration. The border was very secure when Donald Trump was president because of his “Stay in Mexico” policy, his putting a stop to catch-and-release and his work to build the wall.

Chuck, with a secure border, there would be no fentanyl killing our youth. The root causes of our problems are destructive liberal policies.

If Schumer had a scintilla of sincerity as to his concerns about “rainbow fentanyl,” then why won’t he see to it that our borders are secured?

The Issue: An 18-year-old man who was killed by a driver who believed him to be a Republican.

Karol Markowicz, once again, has clearly described the hypocrisy and danger of the Democrats who are urging political violence in her “Bloody Hands” (Post­Opinion, Sept. 26).

A young man at the beginning of his life was run down by a 41-year-old drunk because he believed this young man was a “Republican extremist.”

That very phrase was reiterated loud and clear, many times, by our very own “unifying, centrist” President Biden earlier this month.

And now we have Hillary Clinton calling Trump supporters “Nazi-like.”

The American people deserve so much better than this from the party that was once “for the people.”

Shannon Brandt, an apparent devotee of Joe Biden, just ran over and killed an 18-years-young man because the killer thought he was a Republican, a group the president has recently labeled a “threat to our institutions.”

At the bail hearing, the killer seemed to be of confused mind and thought he had some special license to do what he did.

It is a tactic of oppressors to accuse adversaries of being “a threat to democracy.” That is one way to create confused people like Brandt.