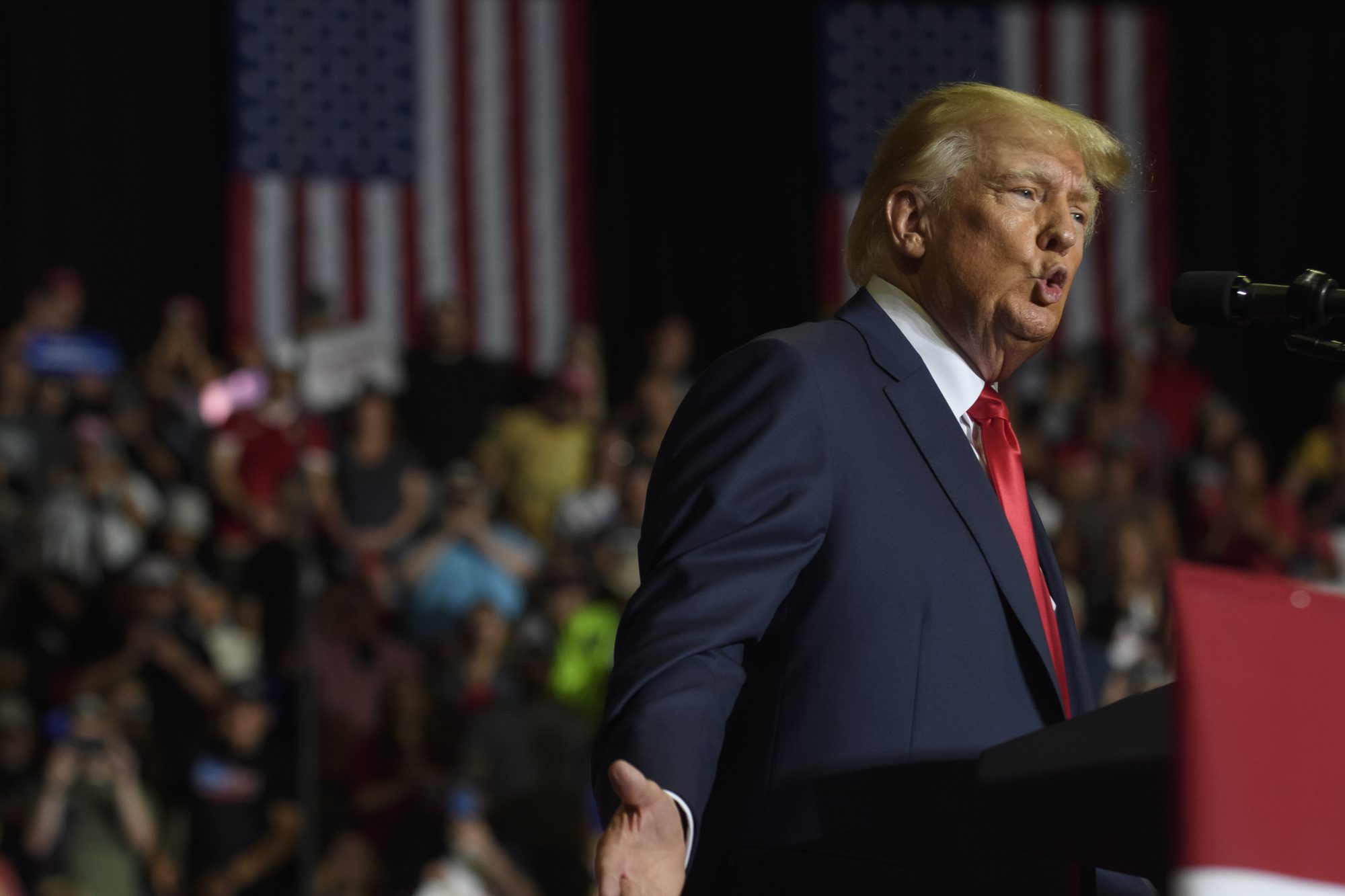 The Issue: The Post editorial on Donald Trump’s claim that him being indicted would “tear this country apart.”

Former President Donald Trump said: “I think you’d have problems in this country the likes of which perhaps we’ve never seen before. It would tear this country apart” if he were indicted (“Stop Threatening Violence, Don,” Editorial, Sept. 17).

This man is a deranged lunatic who only cares about himself. He has the unmitigated gall to make a statement like this after what he did to encourage the Jan. 6 riot.

He has caused nothing but hatred and division amongst the people of the United States because of his self-centered, narcissistic personality.

He doesn’t deserve to be respected or remembered as a decent human being, still less a former president.

When Trump says the country will be torn apart if he were indicted, he is absolutely right. He is not calling for violence, but I can certainly see violence erupting if it were to happen.

People are sick of the two-tiered justice system we currently have. An indictment of Trump would be the straw that breaks the camel’s back, even for peace-loving 73-year-old ladies like me.

The Post has been quite objective and fair when it comes to Trump.

It has duly noted how he’s been persecuted by the Dems and their media cadres. It has underscored how his America First policies were good for the country.

Yet it rightly gives no quarter to his incorrigible combativeness.

By irresponsibly predicting an eruption of civil disorder if he gets indicted for not parting with classified documents, Trump has crossed a dangerous line here, like when he refused to concede the election.

Trump is 100% correct in making his observation that we would have “problems in this country the likes of which perhaps we’ve never seen before” if he were indicted.

The law-abiding Trump­­loving citizens are not the ones damaging this country.

It would be more honest to list each rotten politician who has called for things like surrounding those they don’t like in restaurants and gas stations to let them know they’re not “welcome here.” And then follow up with those who are arrested for violence and are released by the woke district attorneys. That is fueling the violence — not Trump.

The Issue: Nicole Gelinas’ piece on the cost to taxpayers for city workers’ guaranteed pensions.

Not everyone who worked for the city or state was a lazy slug just sitting around and waiting for their pension when they retired (“Tale of Two Pensions,” Nicole Gelinas, PostOpinion, Sept. 19).

I worked for the Workers’ Compensation Board for 35 years as a court reporter, and during my final years, I took testimony from people who lost loved ones on 9/11 and those who were in the towers who were injured on that day as well.

To generalize and say the pensions are out-of-whack as opposed to the bonuses Wall Street gives out is asinine.

Retired public service workers, such as police officers, firefighters, teachers and sanitation workers, have dedicated 25 to 40 years of their lives doing the jobs that most people did not want to do or were unable to do.

These are the most dangerous and stressful city jobs that keep us safe and provide vital services and a decent standard of living for New Yorkers.