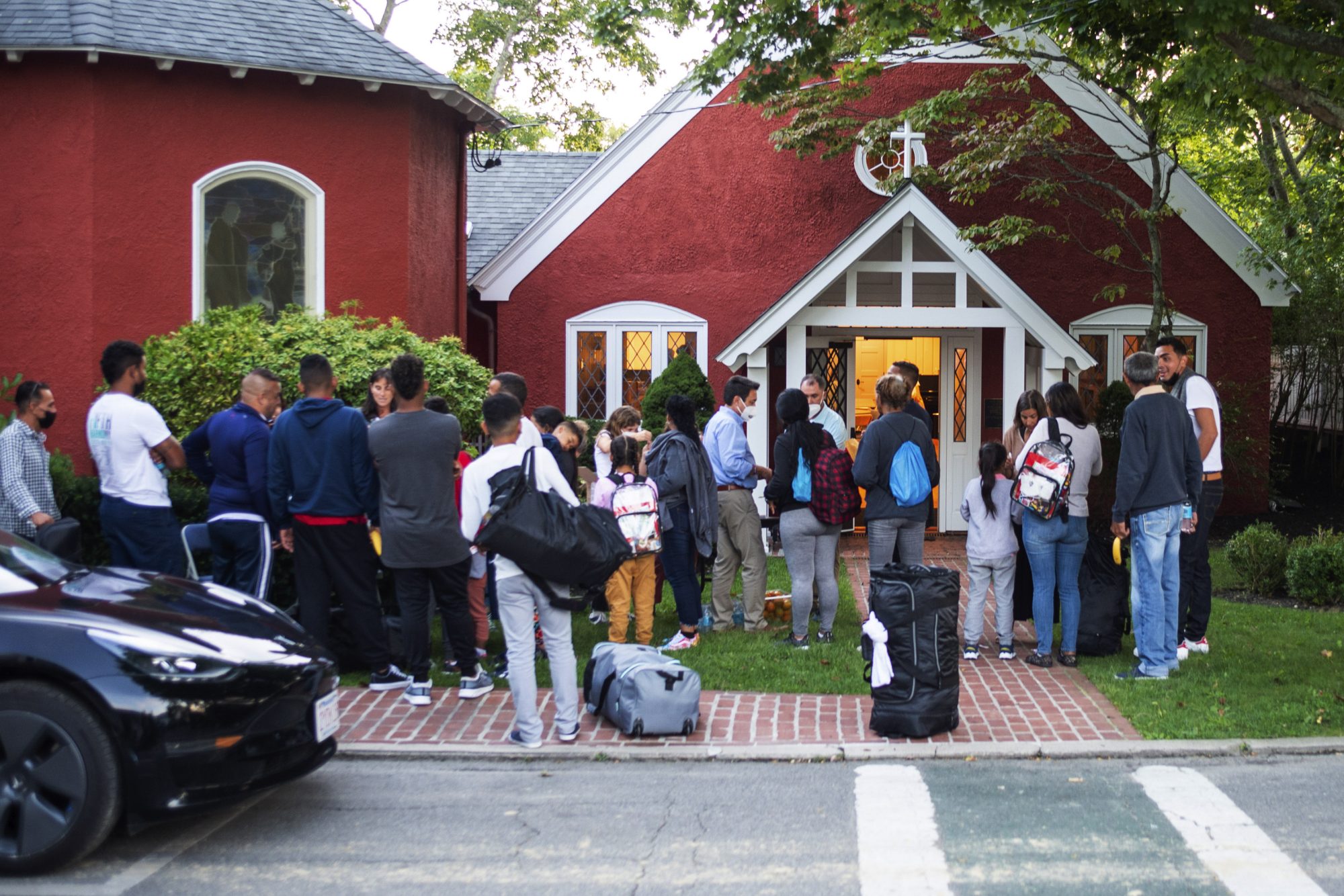 The Issue: A group of 50 migrants who were flown to Martha’s Vineyard by Florida Gov. Ron DeSantis.

Dropping off immigrants without housing, jobs, food or protection is the obvious failure of President Biden and Vice President Kamala Harris’ opening of the southern border (“If Vineyard can’t handle just 50 . . . ,” Sept. 16).

Criticism aimed at southern politicians, such as Florida Gov. Ron De­Santis, who are accused of inhumanely dropping immigrants off at Martha’s Vineyard or elsewhere under false hope or false pretenses misses the exact point of these actions: They mirror the inhumane actions of our president and the self-blinded politicians who support bad decisions.

Immigrants and the people they are dropped on are both victims of bad, politically motivated policies. Some 50 immigrants dropped into Martha’s Vineyard is nothing compared to the thousands dropped daily into the cities along the border.

It’s very easy for Democratic politicians to opine on a far-away border situation when there is little-to-no impact in declaring themselves safe havens for illegal immigrants.

The decision to bus migrants to “sanctuary cities” now makes the problem real for these leaders.

It’s unfortunate that people who want a better life for themselves are caught in this vise, but the Biden administration’s mishandling of immigration since Day One is the root cause, and real change may now come as this issue hits closer to home.

Democrats are in full foot-stomping, pearl-clutching outrage over DeSantis flying 50 migrants to their woke, insulated paradise.

Why weren’t these hypocritical phonies expressing a similar rage three months ago, when 51 smuggled migrants died of suffocation in a sweltering tractor-trailer truck outside San Antonio?

Probably because it was the start of summer, and they were too busy planning their trips to Martha’s Vineyard.

Some 30 years ago, during arguments in law school with liberal classmates and professors, I frequently noted that they would change their soft-on-crime positions if they faced the consequences of their policies.

One line I often used was: “You wouldn’t want these criminals loose if they lived in your neighborhoods.” What Texas Gov. Greg Abbott and now DeSantis are doing is the political manifestation of my point.

The stunning stupidity of the leftist mayors should help arouse awareness among independent voters that the left has a NIMBY attitude about illegal immigration.

It’s similar to how these leftist hypocrites build walls around their own properties, but fight the patriotic desire to build walls to protect our border — and how leftists who are against school choice send their own kids to private schools.

Actions by the governors of Texas and Florida in sending immigrants to the northeast (New York City and Martha’s Vineyard) highlight the need for the federal government to do more — helping local governments address this humanitarian crisis.

I propose that the federal government, not the states and not local governments, absorb 100% of the costs of food, schooling and shelter for immigrants.

This would create less of a crisis for local governments facing budgetary issues. And would enable the immigrants to receive the resources and support they need.

The elitists’ xenophobic hypocrisy is alive and well and it shows.

A mere 50 people show up in their woke island, and they couldn’t get them out of there fast enough using the National Guard.

Those 50 could have crashed quite comfortably at former President Barack Obama’s mansion, and no one would know they were there.

Well, liberal elitists, welcome to what we have been putting up for years in our small, poverty-stricken towns and cities, especially since inept Biden become a puppet president.

All iPhone 15 models will get Dynamic Island, says Ross Young