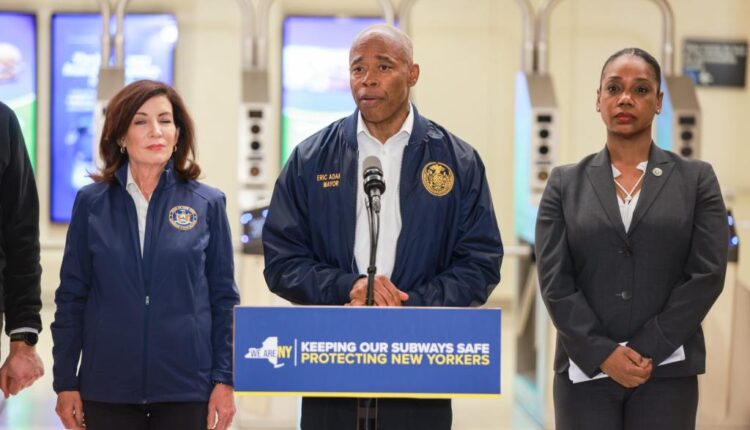 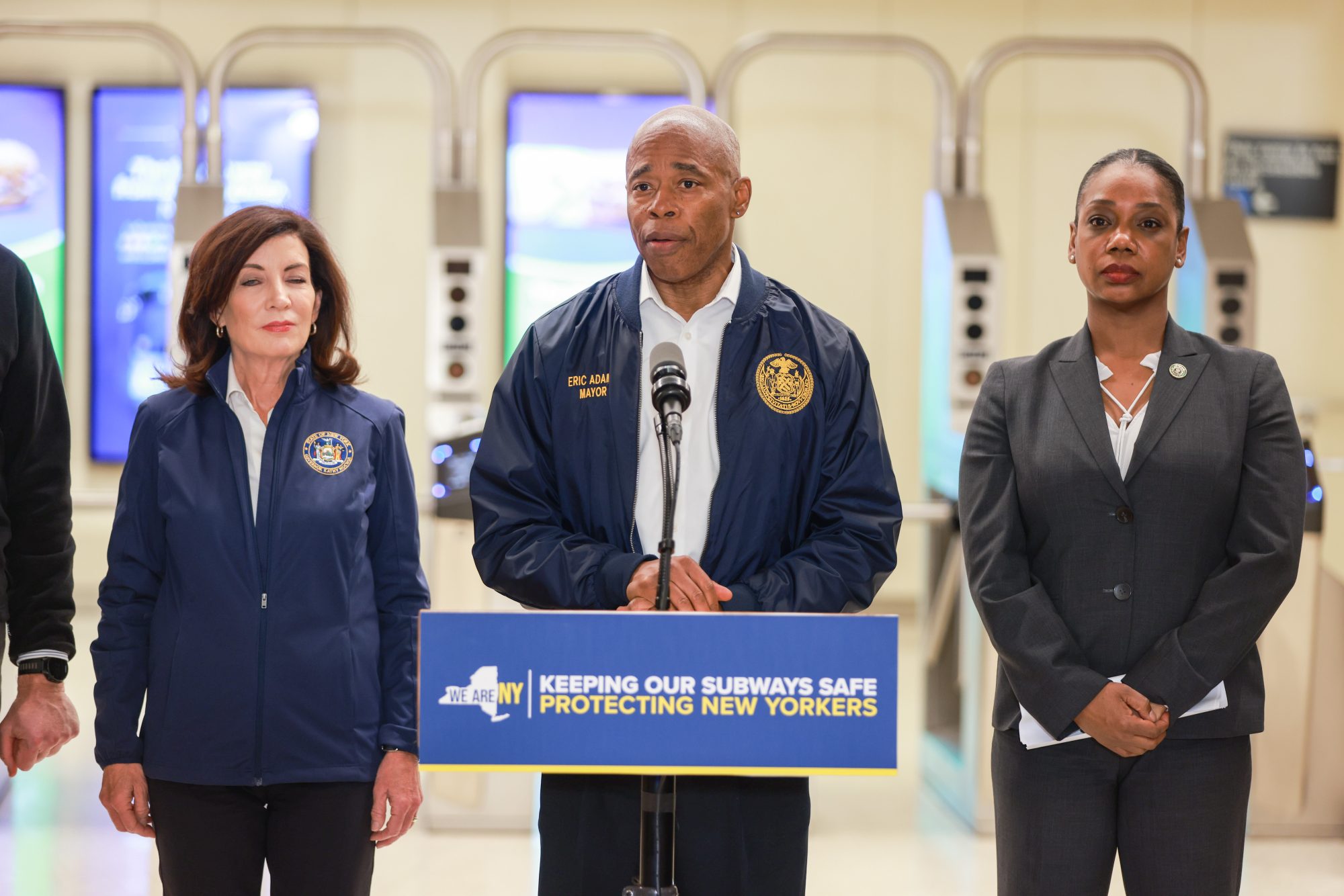 Subway delusion
Mayor Adams calling the stabbing of a good Samaritan an outlier and highlighting the 3.5 million people who survive a subway trip “unscathed” is the epitome of ignorance (“Most safe on subway: Eric,” Oct. 27).

Nobody traveling our subways escapes “unscathed.” The assault starts at the subway staircase, which smells of human feces and urine. It continues to the fare machines where you are accosted by a homeless person looking for money. Next stop is the turnstile, where you wait your turn while a multitude of people beat the fare.

Then it’s on to the platform, where you can’t have a seat because someone actually lives on that bench. The next fun-filled experience could be a pervert rubbing against you in a crowded subway car or an aggressive panhandler. I could continue, but I think I made my point.

Election Day is coming. I hope all the clowns who run this city do not survive the day “unscathed.” Get out and vote these incompetents out of office.

Need for fathers
Congratulations to Adam Coleman for his outstanding and thoughtful piece (“Fathers Stand Up,” PostOpinion, Oct. 26).

The importance of fathers and good, strong men is crucial for our children, our families and our nation. Bravo and thanks to the fathers of Dearborn, Mich., for their courage in standing up with strength and love for all children.

Weed dangers
Reading Leighton Woodhouse’s article about the dangers of marijuana, which is being sold legally in New York and other states, was very alarming (“So where there’s smoke. . .” Oct. 23).

You can smell the smoke from pot all over the city. Why are pot and edibles so overloaded with enormous amounts of THC? What other product would be left on the public market that, with continued use, can cause psychosis and even permanent schizophrenia?

Once again, the people have been scammed by politicians and their buddy corporations who pushed this poison on a gullible population.

We need to realize the brain is a very dangerous thing to play with. It is a lie that this is not being marketed to underage kids, who are particularly at risk because of their developing brains. Why in the world would you make this evil stuff look like candy?

Phony polls
Kudos to Roger Kimball for exposing many of the fallacies created by pollsters (“The Midterm Polls & Wishful Thinking,” PostOpinion, Oct. 26).

Early polling is often done to create an enthusiasm gap that manifests itself in stimulated or depressed campaign contributions and rally attendance.

The intent is to create a horse-racing aspect to politics, which is manipulated by the media.
Only during the campaign’s closing stages do the pollsters have to be accurate if they want future business.
Jay Taikeff, Brooklyn

Crime chaos
Deroy’s Murdock’s review of the left’s predictable excuses in “The Left’s Crime Dodge” (PostOpinion, Oct. 22) reveals a total divorce from reality and is quite scary.

Hopefully, most Americans — especially people of color —will recognize the increasing anarchy occurring everywhere. Except, of course, in the gated and guarded confines of the ruling elites.