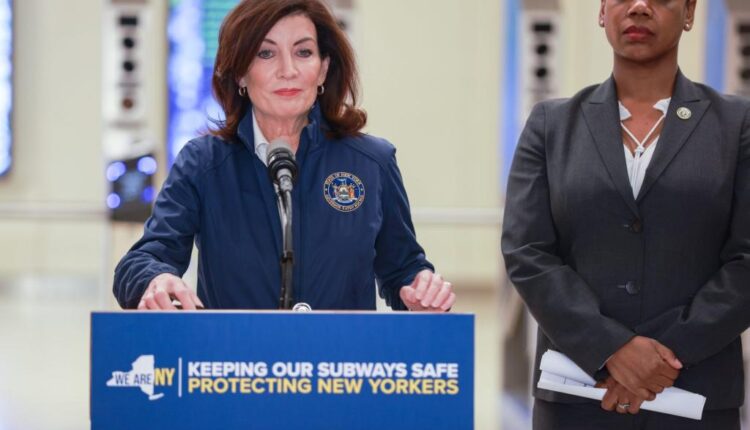 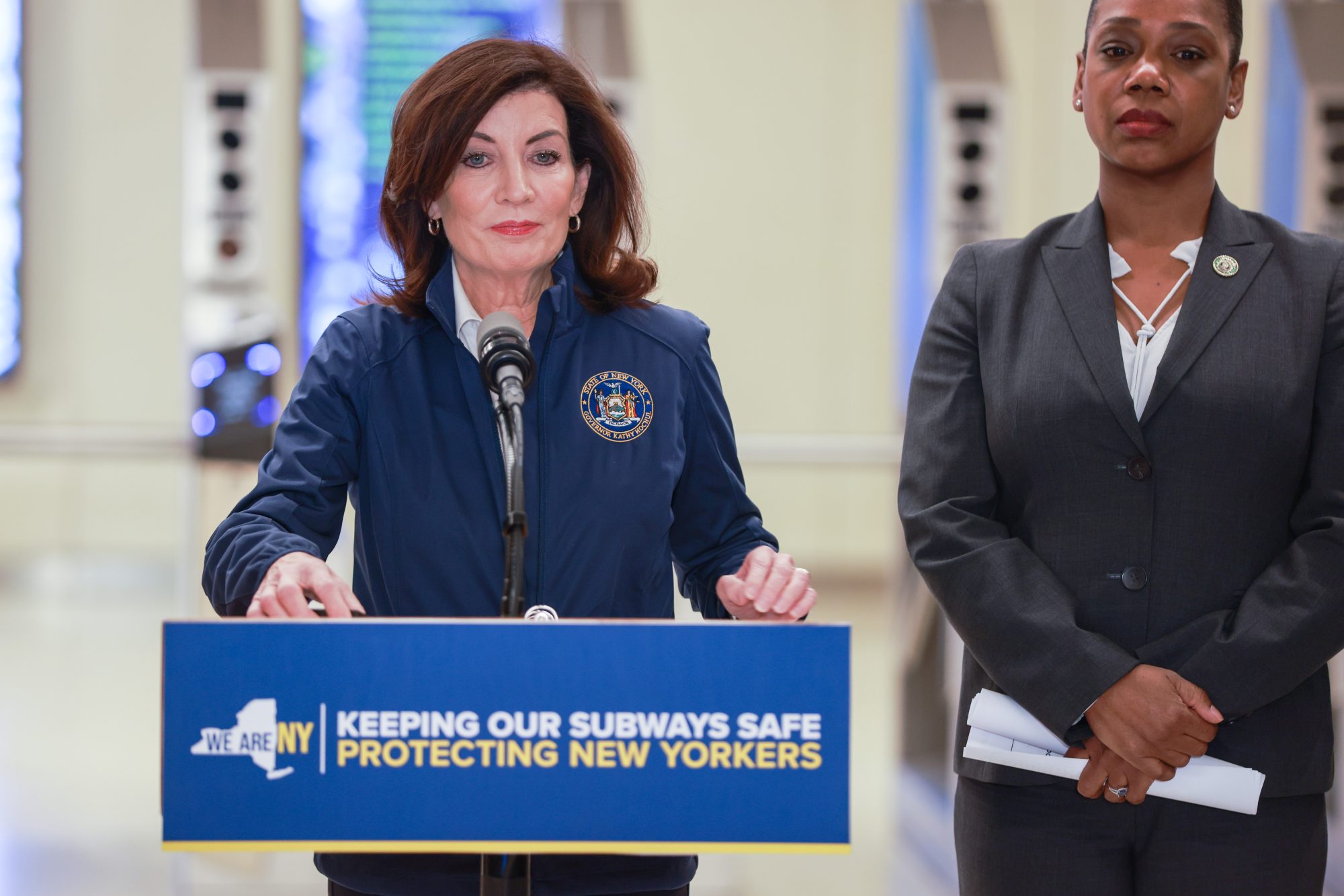 The Issue: Gov. Hochul’s attempt to downplay crime by framing it as a “sense of fear in people’s minds.”

If Gov. Hochul truly believes that all the subway crime is “in people’s minds,” then I, and countless other New Yorkers, invite her to take an extended subway ride after 8 p.m. (“Kat says the chaos is all in your head,” Oct. 25).

The catch is that she would have to do it unaccompanied by her security detail, aides and camera crews. She would have to go all by herself, like many New Yorkers do. Do this and then report back to us, governor.

I would like to take a moment to sincerely apologize to former Mayor Bill de Blasio.

All these years, I didn’t think it was possible that a more brain-dead, out-of-touch, idiotic political leader could come along and wreak havoc on the citizens of New York.

And then Hochul climbed out from under a rock to tell us that subway crime is all in our heads. You can’t make it up.

To Mayor Adams and Hochul: If you really believe it is only our perception that crime has increased, then prove it by no longer using heavy security.

Start walking the streets and riding the subways every day, alone and unprotected like us. Until you do that, you both stand as failures and hypocrites.

The criminal-justice system in New York City is broken. Criminals are simply unafraid of being apprehended, and when they are, they’re frequently not prosecuted and more frequently released without bail, despite many being recidivists. Why is it taking months for an all-talk mayor and clueless governor to figure this out?

The subways have become a dangerous thrill ride. In schools and parks, there are near-daily incidents. When will this madness end? Who will end it?

The voters are smarter than the defiant Hochul. They know that crime in their beloved city is intolerable and violence is everywhere, everyday.

The governor waited in the wings for the call to the top and got it — and has failed miserably from that very day.

So now Kathy is calling for more overtime for some police, but that’s temporary at best.

She’s too busy talking about abortion, which is her obsession. It’s time for Kathy to leave the building.

The polls are beginning to reflect the return to sanity by the American people (“Red wave,” Oct. 22).

That even deep-blue New York has had enough of leftist policies is quite heartening.

Virtually all Republicans and probably most independents will vote Republican. The question is: Will Democrats start to see the light?

I, too, was once a registered Democrat but was able to leave the party by paying attention to facts and issues and refusing to be emotionally blackmailed by the left.

It doesn’t even take a 12-step program to recover, just one step — vote Republican. You really will be glad you did.

The red wave is unavoidable. After almost two years of getting crushed at every turn by the Democrats, it’s time for the people to act — by voting.

Both at the federal and state level, bad Democrat leadership is leading to a GOP landslide. At the city/state level, we have a mayor talking the talk but doing nothing and an unelected governor using millions of dollars to buy votes. It’s time for change.