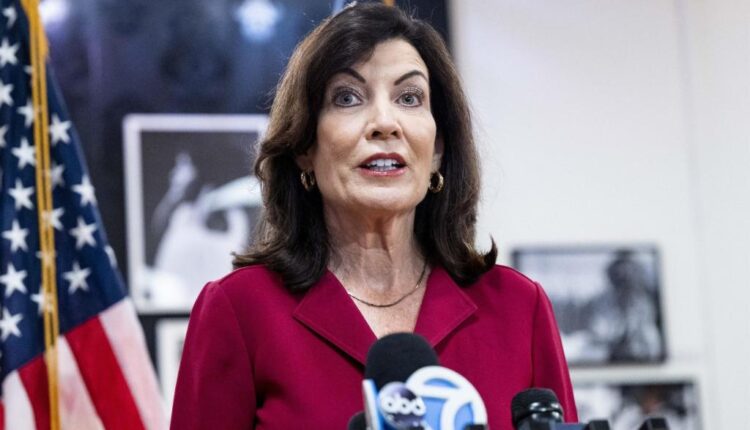 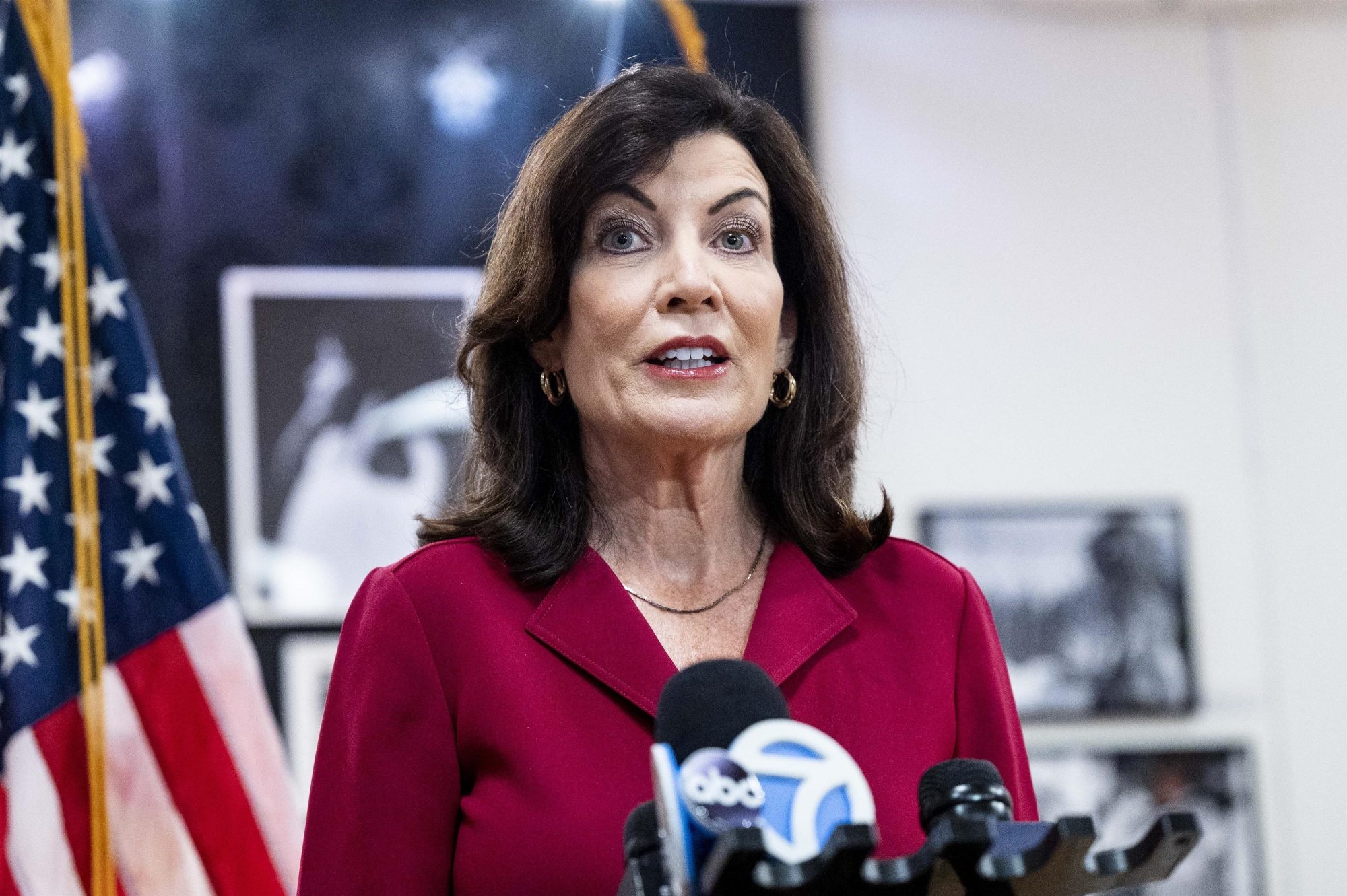 The Issue: Gov. Hochul managed to get herself a nearly $1 billion slush fund in this year’s state budget.

Gov. Hochul supposedly has the right to disburse up to $920 million of taxpayer funds to basically whomever she wants. This is totally outrageous (“Kat buy me gov,” Oct. 15).

She has failed to protect the public from rising crime, taxpayers are already overtaxed compared to other states and the state seems to be out of control with only a few select politicians and their friends benefitting.

She seems to have failed in everything she has done, as no one I have spoken to can recall her doing anything of substance for the normal, everyday taxpayers.

She has allocated almost $1 billion in taxpayer funds to build a football stadium near Buffalo, just because her husband works for one of the companies involved.

Who is looking out for the benefit of the taxpayer? At present, it seems no one in Albany has any interest.

Anyone who endorses her for election must be considered a total idiot, and a part of the problem.

Gov. Hochul has done nothing good for New York residents, except for herself and those who contribute to her campaign. She was not voted into her office and she allows the state to deteriorate on a daily basis.

She refuses to face Lee Zeldin for multiple debates to let us know who she is and what her plan is to rectify the terrible situation we live with daily.

New York residents must wake up and vote her out of office. It was bad enough to live under the direction of the worst mayor ever. We certainly shouldn’t have to live with the worst governor as well.

Hochul has nearly $1 billion to try to buy votes. That money belongs to the taxpayers, not the Legislature or the governor. If they feel charitable, let them give away their own money. They just got some nice raises not too long ago.

This state has tons of problems that can be alleviated with that kind of money.

How about nixing congestion pricing? No one I know drives into Manhattan for a tour or look at fall foliage. They take that drive only if they need to. This is just straight-out stealing.

One has to wonder how Gov. Hochul has been able to raise more than $50 million. It can’t be because of her short stint as governor, since her record so far is abysmal, nor can it be because of her resume, which is at best mediocre.

A quick look at her contributors and the answer becomes obvious: Many of her major donors have gained huge contracts and favors from the state — from overpaying for a COVID contract to granting huge concessions to real-estate developers in Manhattan to one controversial project to help fund a stadium in Buffalo, which her husband stands to benefit from.

So why then is she still leading in the polls? Zeldin has not sold himself to these fat cats and has suffered financially because of his integrity. Are our fellow New Yorkers that gullible — or do not enough read The Post?

The unelected governor continues to buy her votes. After The Post exposed her slush fund, she still refuses to respond by justifying her actions. And now she’s sitting on legislation that actually limits how she can leverage her funds.

Why in the world would she sign a bill that hurts her chance of being elected governor?

She’s blatantly corrupt, and there’s not one Democrat official raising an eyebrow at this wrongdoing. I’m voting for Zeldin.

Should we only concentrate on where the big money is spent, or should we diligently work to close loopholes that allow the power brokers behind the scenes to donate seemingly unlimited dollars to whomever they choose?

Hopefully, there are enough honest lawmakers motivated to weed out the roots of the dandelions, not just snip the stems.