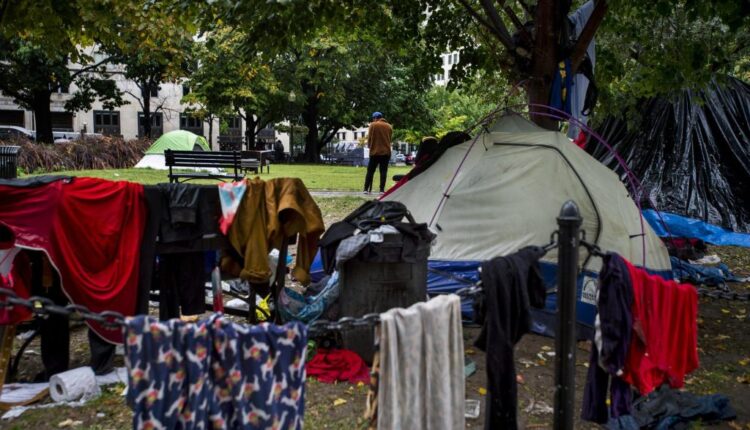 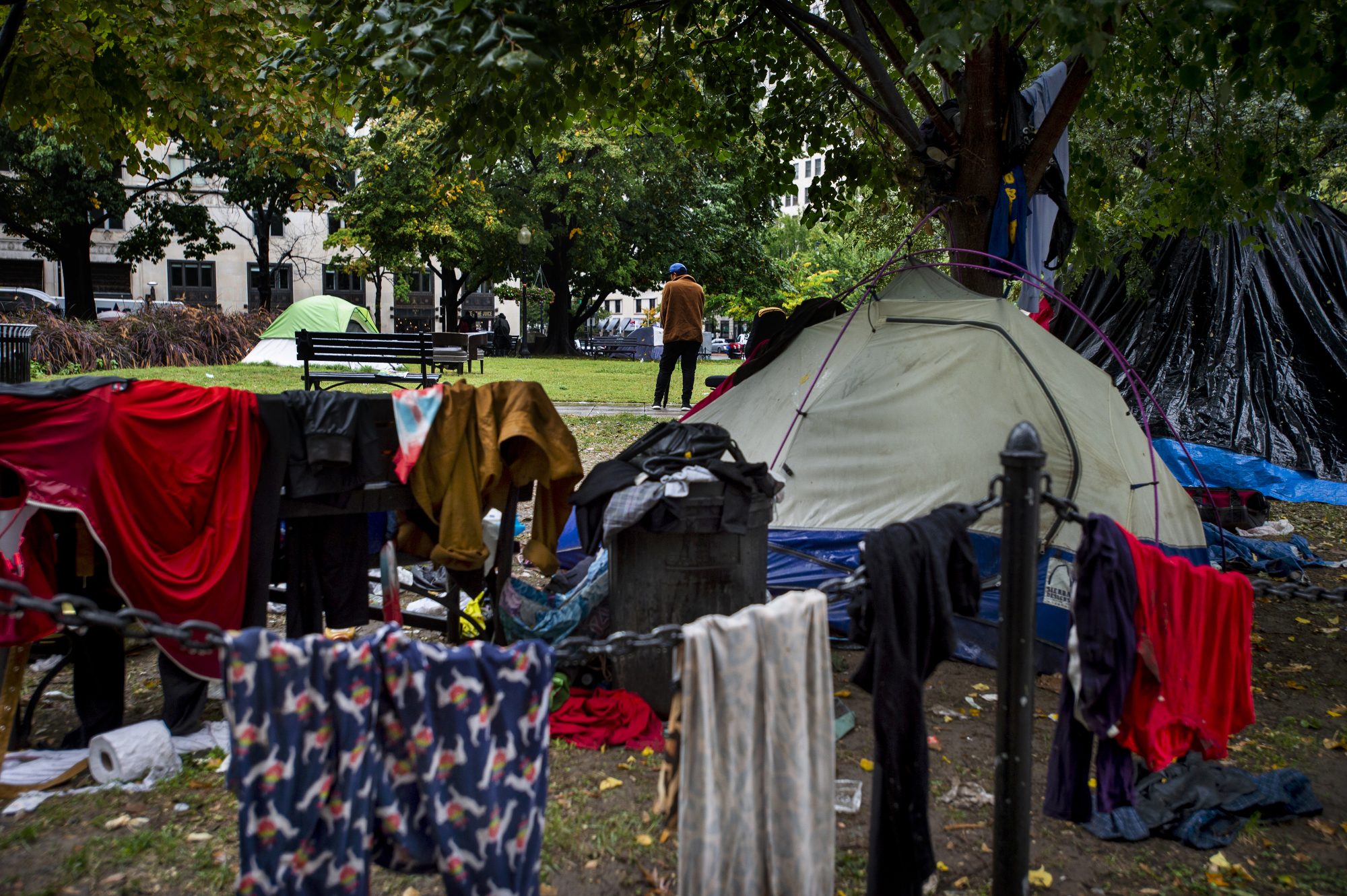 The Issue: Homeless camps that have exploded in DC and other Democratic cities over the past two years.

Regretfully, our capital’s descent into an ever-expanding encampment for the homeless and drug-addled is emblematic of most Democrat-run cities (“Shame of a nation,” Oct. 16).

From rampant crime to dysfunctional schools to garbage-laden streets to gutted law enforcement, woke Democratic mayors from coast to coast have succeeded in turning once fine and livable cities into a soup of miserable slops.

There is but one solution to this continuing urban nightmare, and it lies at the ballot box.

The last thing I feel is humiliated by the tent cities in Democrat-run places. I go to work every day, I pay my taxes and I vote Republican every chance I get.

When the people of a city/state elect incompetent mayors and governors over and over again, those morons want to defund and handcuff police and hamstring the good guys. They let petty crimes go without penalty, and this is what you get.

So I’m doing what every other person who’s had enough is doing — joining the flight out of these fleabag cities.

President Biden is the next President Herbert Hoover.

Hoover presided over the stock market crash of 1929 and the economic downturn leading to the Great Depression, as businesses closed and America sank into poverty. Homeless, poverty-stricken Americans moved into shantytowns known as “Hoovervilles.”

Under Biden’s economic and border security “leadership,” Americans are back in 1929. Welcome to Bidenville.

What’s the big deal about the tent cities popping up in major cities? This is the Democratic Party solution, which Americans voted for.

The voters created this problem. Now they must live with their decision. And the GOP is no better. It’s nothing but the Democratic JV team.

In other words, voters made a s - - t sandwich and now it’s time to eat it.

The Issue: Reports that Americans’ 401(k) plans have suffered $2.1 trillion in losses since the start of 2022.

Our president and Congress have led the charge into crippling inflation with reckless spending and a foolish energy policy.

While President Biden puts on a happy face and eats ice cream at a campaign event, millions of Americans are barely getting by (if at all).

An easy first step to ease the burden would be to increase oil production. We need oil, even as we transition to “green.” Something has to power those Tesla charging stations.

When I was young, I asked my grandfather, “Where is the best place to put your money?” His reply: “Under your pillow.” This was an old man born in Italy. I laughed, thinking: “What does he know?” He didn’t have real education.

I should have taken his advice. I put money in a 401(k). The pillow looks like it was a better idea now.