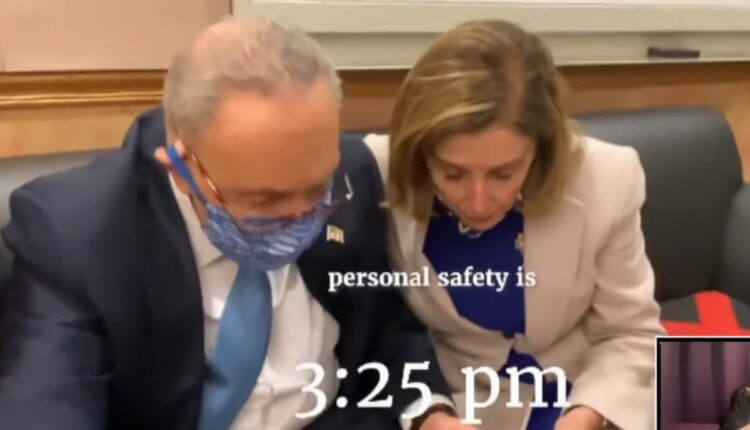 The Issue: Newly released footage of politicians in the Capitol reacting to the riot on Jan. 6.

Like millions of Americans coast to coast, I watched every minute of every hearing of the Jan. 6 committee (“Behind-scenes vid of pols under siege,” Oct. 14).

It wasn’t until Cassidy Hutchinson, a 20-something assistant to former White House chief of staff Mark Meadows, testified that I truly understood the contempt former President Donald Trump and his cronies had for the Constitution and the rule of law.

Unless Trump and his lawless cronies are tried for crimes against the nation, it is possible another Jan. 6-like insurrection could happen again. If you ask me, this is both unacceptable and un-American.

Whatever the evil orange guy did, he did. However, the Jan. 6 committee is a one-sided lynch mob. It doesn’t have any credibility. And that’s the problem.

This country doesn’t need anybody going after anyone. At the present time, we have bigger problems. Right now people can’t afford to eat. People are dying in Ukraine. The country is facing economic collapse. Crime is rampant. And Democrats are still only worried about Trump. We don’t have law and order.

And nothing the Jan. 6 committee is doing is going to return this country to being civilized.

Ever wonder why the Jan. 6 committee has focused a lot on Trump’s desire to go with the angry protestors to the Capitol?

Throughout history, when the commander-in-chief personally leads the troops into battle, the level of resolve is always enhanced, the level of effort is always compounded, the sense of righteousness and sacrifice is always raised to a power.

When the president was thwarted in this particular leadership strategy, he fell back on another line of attack by tweeting out against Vcie President Mike Pence, which recovered some of the fever pitch he had earlier lost.

One can only imagine what might have happened if Trump had been able to lead his followers personally in the assault on the Capitol.

How much more evidence do we need to convict Liar-in-Chief Trump?

It is clear the sore loser orchestrated the Jan. 6 insurrection, and to this day tries to lie his way out of numerous charges.

The revelation that Homeland Security Secretary Alejandro Mayorkas knew that the border patrol agents did not whip Haitian migrants and went ahead with the narrative is beyond disgraceful (“Mayorkas Must Go,” David Marcus, PostOpinion, Oct. 13).

That he also told President Biden and Vice President Kamala Harris that they did, even though he had already been told that they didn’t, only amplifies what a despicable human being he is.

Mayorkas betrayed his own men just to amplify a political narrative. What those agents have gone through is beyond disgusting, and he’s responsible. Mayorkas should be fired, but he won’t be.

Mayorkas failing to say that he knew the three men didn’t whip those people shows his character — or should I say lack of character.

He should resign immediately. To try to destroy three innocent men for a political purpose is a disgrace, but the Biden administration is full of disgrace people.